Anna Klinger: “One student said to me, ‘I didn’t know we were so important.’”

Home Anna Klinger: “One student said to me, ‘I didn’t know we were so important.’” 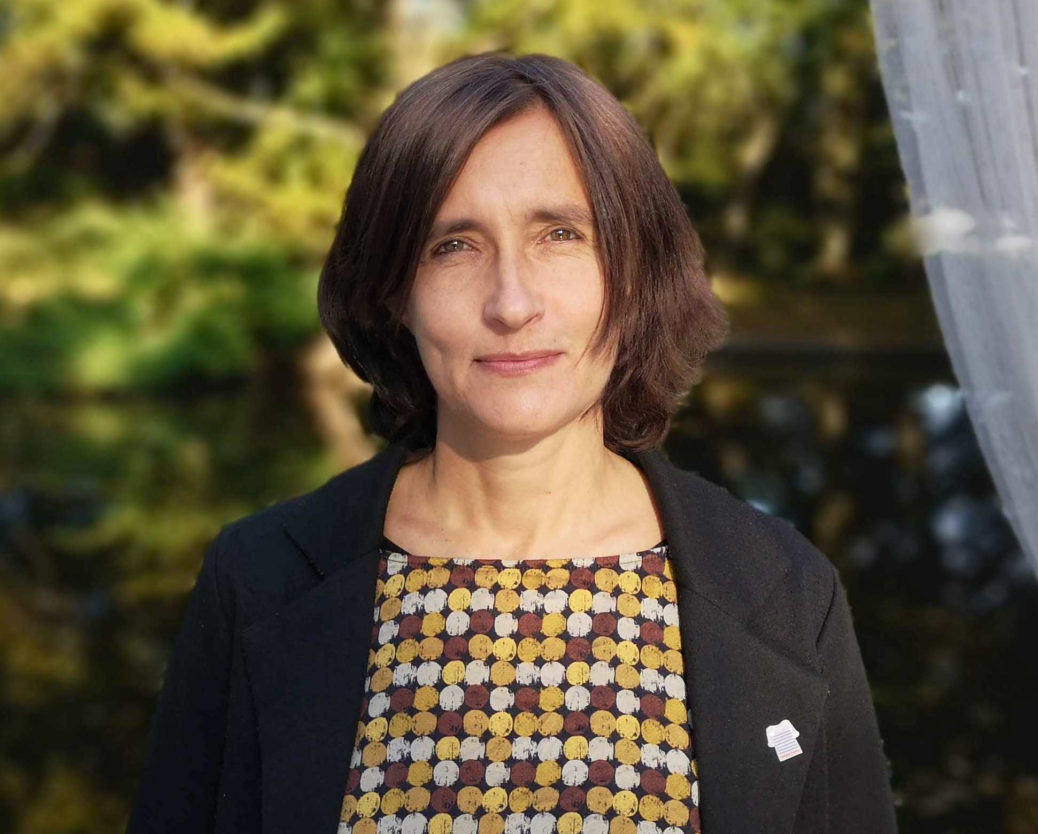 Anna Klinger and her students from the bilingual French high school in Poznan, Poland, worked on the biographies of Isaac Jacques Jakubowicz and Lejzor Perelcwejg, both of whom were born in Poland. Their work was among the eleven European projects chosen by the French Ministry of Education.

My name is Anna Klinger. I teach French at the Adam Mickiewicz University and the Bilingual French high school in Poznan, Poland. I undertook the Convoy 77 project with high school students, although there are also some university-level aspects to it.

We worked on two biographies. Three students worked on the biography of Isaac Jacques Jakubowicz and four worked on the biography of Lejzor Perelcwejg. When we began work in early January 2020, when the students were 10th grade. They are taking their baccalaureate exam in May 2022. They came from the two bilingual classes in our school, one majoring in history/Polish with math/physics, the other with biology/chemistry. They had six hours of French per week and two hours of a non-linguistic discipline (DNL) also taught in French. They have been studying French in our school for more than five years.

I began by showing the pictures of the deportees to my students. It seemed to me that this was an important step.

We had received other documents from Convoy 77, which I shared equally among the students. They were documents in French, sometimes handwritten and a little difficult to decipher.

We met two or three times at school before the pandemic began in March 2020. At that point, I created an online group on Teams so that the respective groups could take stock of what each had found and to look for avenues to explore in the search for new information. The students told me in French and/or Polish what they had understood. For each group, the way of working was a little different because the sources of information varied. I asked the students to write letters to various organizations and people from whom we hoped to find information about our deportees.

After gathering the information what seemed to be all of the information available, we drew up an outline of our biographies. Each time I joined in, I explained things, shared my ideas and listened to those of my students.

After a few months, the students wrote their biographies. I reviewed them and added information. Then we chose some documents to go with the text on the website.

I am a French teacher and the Holocaust is not really a subject that is dealt with in French foreign language textbooks. My aim was to address this new subject and work on the language at the same time.

The students became deeply committed to the project. They shared their impressions in the biographies. One student wrote, “When I heard about this project, various ideas sprang to mind. I was really interested because the Convoy 77 project is based on real people’s stories. These stories are a bit confusing, not always clear and often a mystery, because they happened in the past that I only knew from textbooks. I therefore had the opportunity to experience the events ‘from the other side’ and also to get to know the period by piecing together the chronology of Isaac’s life.”

Your work was chosen as one of the most noteworthy projects. How do you and/or the students feel about that?

Most of all, joy. Because participating in the project involved not only research but also occasional difficult spells, and then it was tempting to give up. For example, we couldn’t find any additional information about Mr. Perelcwejg, but that changed almost overnight when we received some information from the Kazerne Dossin in Brussels [editor’s note – Memorial, Museum and Documentation Centre on Holocaust and Human Rights]. We also had a few emotional moments, especially when Jacques Jakubowicz’s nephew replied to our e-mail.

Also, after our project was chosen, we were officially invited to visit the French Ambassador to Poland. We were also given a guided tour of the Polin Museum and the Muranow district in Warsaw. After this visit, one of my students said to me: “I didn’t know that we were so important”.

In 2021, we were also selected for the European Language Label competition [editor’s note – this competition, set up by the European Commission, recognizes innovative initiatives in language teaching and learning].

I advise them to have the courage to take part in this project. It allows young people to discover another way of talking about history, to discover history by revealing, little by little, the lives of people who were born near where we live or at least in our country. The project makes the students feel like reporters, analyzing events and being happy to see the fruits of their efforts.

We greatly appreciate the project organizers’ idea of discussing the Holocaust in a different way, to give a little life to the victims of the Nazi system. There is no need to be afraid if you don’t speak good French if you want to take part in the Convoy 77 project. We would be happy to help.  .