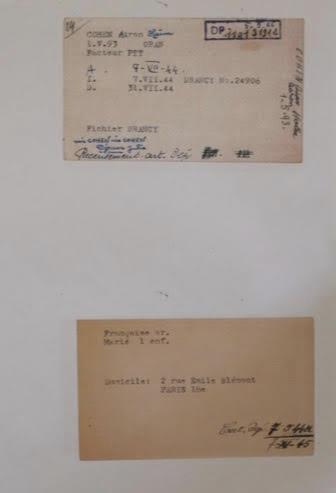 Since no photographs of Aaron COHEN are available, we are showing the only document we have that relates to him, held in the French National Overseas Archives.

In Algeria in the strictest sense, there is evidence of a Jewish presence in the Constantine region from the dawn of the Common Era, as shown by the epitaphs found there. Arab historians report the presence of Jews in the Tuat, region, in southwestern Algeria, as early as the 5th century. When they landed in Algeria, in June 1830, the French found themselves faced with a range of populations with differing legal, social and religious characteristics. Among these populations, the Jews, like the Christians, were subject to the dhimmis law: they paid a tax that exempted them from taking part in wars and allowed them to practice their religion without hindrance.

In Algeria, coexistence between Jews and Muslims was undermined by the adoption of the Crémieux decree in 1870, which granted full French citizenship to “indigenous Israelites”, creating tensions with the Muslim community, which had long been calling for this.  It was repealed 70 years later, on October 7, 1940, by the Vichy regime. On the 30th of the same month, anti-Jewish laws came into force in both France and Algeria. The decree of June 2, 1941 forbade Jews from a working in a wide range of professions. A numerus clausus for Jewish teachers and students was strictly enforced. Fourteen to fifteen thousand North African Jews were interned in 1941 in various camps, including those at Boghari, Colomb-Béchar and Djelfa in Algeria. The Jews of North Africa were also subjected to the genocidal activities of the Nazis during the Holocaust, which devastated Jewish communities in Europe. They were first ostracized by French society in Algeria for the duration of the hostilities and some of them were interned in labor camps in southern Algeria. The liberation of France was imminent when, in great haste, as many people as possible were deported on the last large convoy from Drancy on July 31, 1944, bound for the Auschwitz concentration camp. Of the 1,309 people deported that day, only 251 survived. In addition to the large number of deportees, including young children, this convoy had many similarities to others that were organized as a matter of urgency in the face of the German army’s predicted demise: the geographical origins of the deportees varied and some people who had been interned in the Drancy satellite camps, known as “Parisian camps”, were in categories that had hitherto protected them from “transportation”. Committed humanitarians such as Adolfo Kaminsky frequently issued false identity documents to people threatened with deportation. At the age of 17, this young man served in the Resistance, before offering his expertise to other causes such as the Algerian FLN, and Spanish and Greek democratic movements (cf. Adolfo Kaminsky, une vie de faussaire, by Sarah Kamnisky for Editions Calmann-Lévy).

A number of the Convoy 77 deportees came from Algeria, and Aaron Haïm Cohen, born on May 1, 1893 in Oran, was one of them. The addresses he is known to have lived at are apartments that he shared with his wife, at 2 rue Emile Blemontet and 45 rue Marcadet in the 18th district of Paris. The facades of the buildings have most likely been renovated, and the first address is a private residence (see photos). His wife gave birth to their daughter Renée at the Rothschild Hospital, at 15 Rue Santerre in the 12th district. Aaron Cohen was arrested in Paris on July 7, 1944 together with his entire family except for one of his daughters. Interned in Drancy, he was deported to Auschwitz onJuly 31 of the same year, and there he was murdered.

In September 1965, his nephew Maurice Cohen applied to the Ministry of Veterans Affairs to have his civil status formalized. As a result, on April 27, 1966, the Seine High Court issued a judgment declaring the death of Aaron Haïm Cohen to have taken place in Drancy on July 31, 1944.

A short while earlier, on February 26, 1962, Aaron Haïm Cohen’s surviving daughter submitted a request for her father to be acknowledged as a political deportee. Her request was granted on September 5, 1966. The deportation period taken into account in making the decision was July 31 to August 5, 1944. In one of her letters, the plaintiff stated that her father was a veteran of the First World War, but provided no details. The status “Mort pour la France”, or “Died for France” seems never to have been sought. Files relating to him are kept at the Victims of Contemporary Conflicts records office under reference numbers AC 21P 250340 and AC 21P 729104. 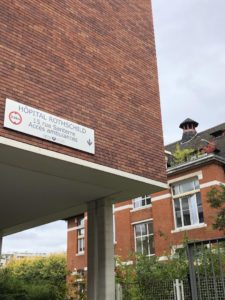 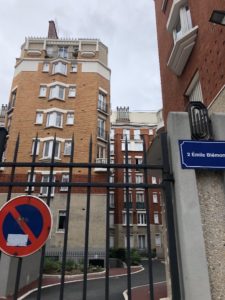 We would like to thank Jérôme Pedarros and the National Office for Veterans and Victims of War in Algiers for their help in the search for information, which was supplemented by resources on Wikipedia and France Culture. 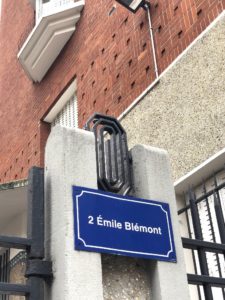 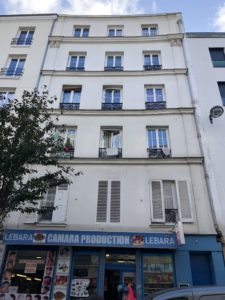 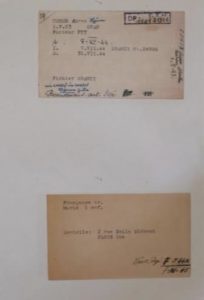 Research carried out by 11th and 12th grade students from the Alexandre Dumas French International high school in Algiers 2019-2020, as part of the Convoy 77 project, under the supervision of their history and geography teachers, Mr. F. Charton and Mr. J. Lacassagne.

Text written by the 11th grade students Lisa Bousdira and Idris Hamdani and photos taken by Lisa Bousdira and Orée-Caroline Bride. Research carried out by 11th and 12th grade students from the Alexandre Dumas French International high school in Algiers 2019-2020, as part of the Convoy 77 project, under the supervision of their history and geography teachers, Mr. F. Charton and Mr. J. Lacassagne.
1 Comment