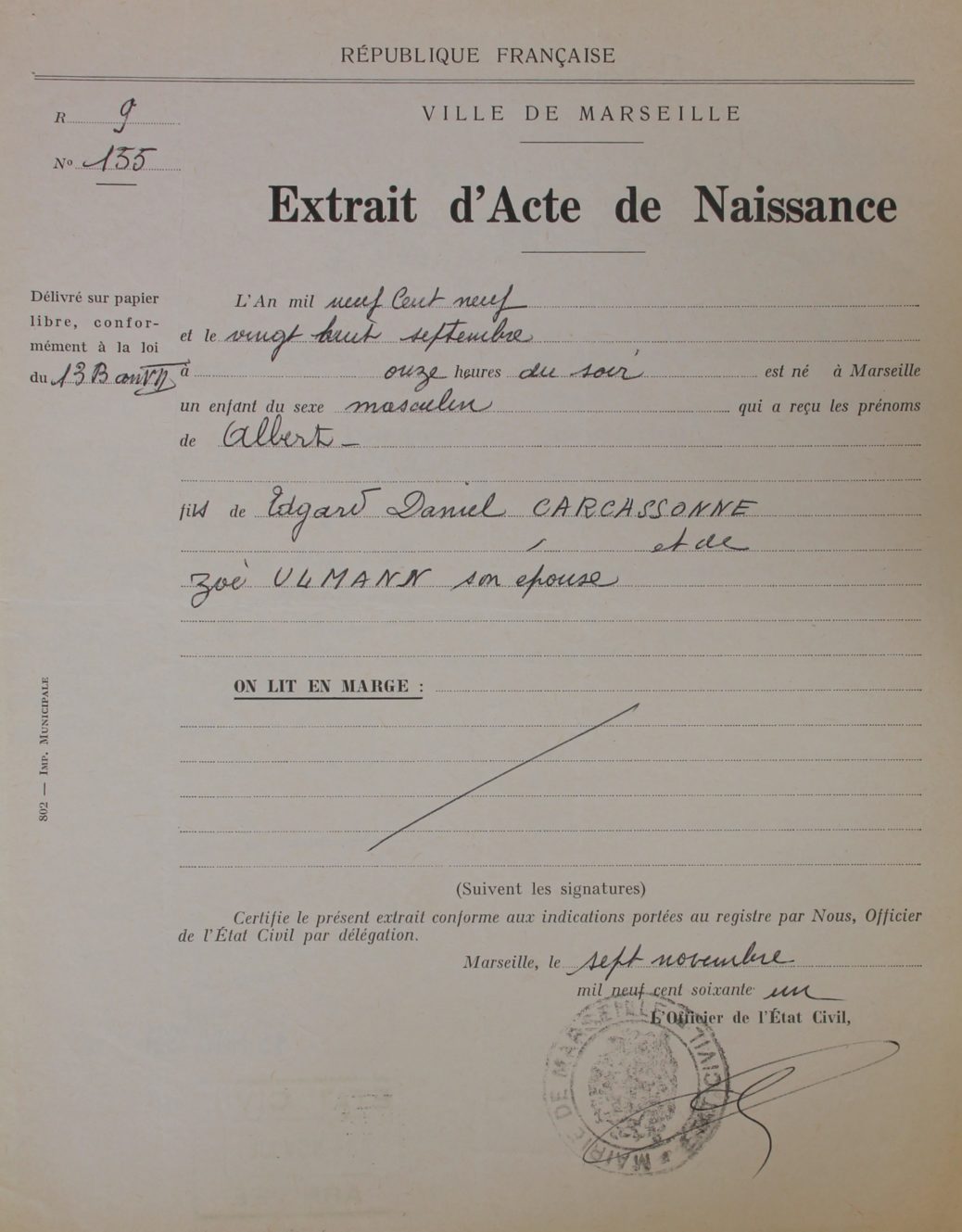 This biography of Albert Carcassonne was researched and written by some of the 9th grade students at the Elsa Triolet high school, in the 15th arrondissement of Marseille, under the supervision of their teacher, Madame Morgane Boutant. The names of the students are listed below.

In the absence of a photo of Albert Carcassonne, the editor has chosen to use his birth certificate as an introduction to this biography. 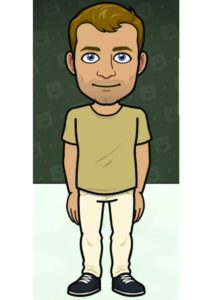 A portrait of Albert drawn by Mohamed

Albert was born at 11pm on September 28, 1909 in Marseille, in the south of France. He was a member of the Jewish faith. His grandparents were Edgard Carcassonne (1842-?) and Anna Mosé or Sarah Albertine Meyer(1). Albert’s father was Edgard Daniel Carcassonne (1873-1944), known as Daniel. He was born in Avignon and was a commercial traveler. His mother was Zoé Ulmann (1871-1926). She married Edgard Daniel in 1902. Albert Carcassonne’s father was remarried to Lion Augustine Appolonie, a retail worker, in 1893. The family lived in Nîmes from 1910 onwards.

Albert had two sisters. The first one was named Berthe (1903-1994). Municipal records in the city of Nîmes show that he had a second sister but they do not give her name. Berthe was married to Elie Felix Suarez (1896-1942) and lived in Saint Jean de Luz. She worked in a jewelry shop, currently a greengrocer, at 12, boulevard Victor Hugo. She may have had a daughter called Natacha(2)

Albert had a brother, Samuel (1907-1982). He was born in Marseille and was a commercial traveler and/or a clockmaker (3). He lived on rue du Général Perrier in Nîmes. Samuel had a son, Daniel. Daniel (1940-2017) married Theresa Noélie Fournier then Magalie Fabre. Daniel was a dental prosthetist and lived at 9A, rue du Mail in Nîmes (4). He had a daughter, Virginie Bonhomme (5). 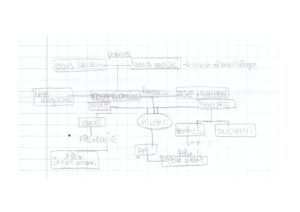 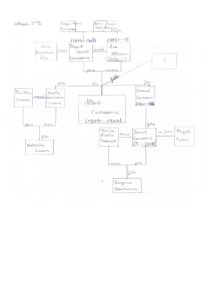 Albert lived with his father at 2, rue de l’Abbé de Sauvages in Nîmes, in the Gard department of France. Prior to 1934 this street was called ruelle de la Calade. Albert was a tailor. In 1929 he was listed in the census register of the French armed forces (6).

According to these documents, he had brown hair, blue eyes, a high forehead, a strong nose and an oval face. He was 5’5″ tall. He could swim and ride a bicycle. 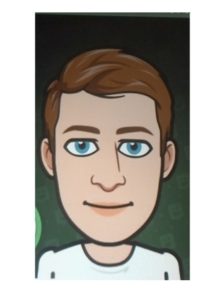 Portrait of Albert drawn by Chainez 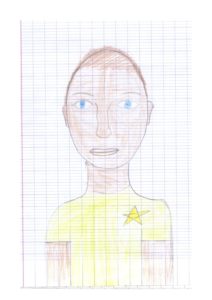 Portrait of Albert drawn by Gamze 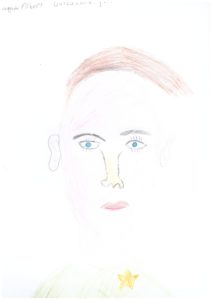 Portrait of Albert drawn by Chahidine 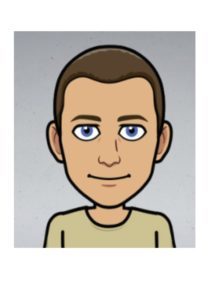 Portrait of Albert drawn by Djibril 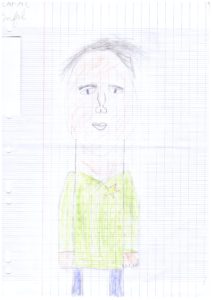 Portrait of Albert drawn by Enfal 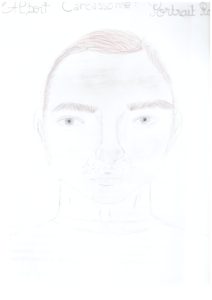 Portrait of Albert drawn by Yasmine 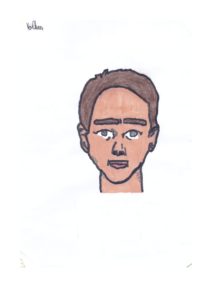 Portrait of Albert drawn by Volkan

The Second World War began in 1939. As of June 2, 1941, in France, all Jews had to register at their local town hall. They were required to complete sign an individual form and declare their property and assets. A list was made of all the Jews resident in the Gard department (7).

In 1942, Albert was being pursued by the Gestapo. He had to leave Nîmes. He arrived at Le Vigan, near Alès in the Gard department. There were jobs available at the Malines lead and zinc mines at Saint Laurent le Minier. The mine was managed by a Mr. Chabane, an architect from Nîmes. Vidal Escojido (1907-?) born in Constantinople, Turkey, acted as an intermediary and, on asked for a job on Albert’s behalf. He was a friend Albert and knew him, and his family, well. They left Nîmes together. Vidal Escojido was a hosiery manufacturer based at 4bis rue de Terraube (8) in Nîmes (8). He was also a director of a public works company in Vigan. This involved work at the mine and enabled him to arrange contracts there so that men were able to avoid being drafted into the Third Reich’s Service de Travail Obligatoire (Compulsory Work Service) (9). Albert had a false identity with a fake ID in the name of Salencon. During his time off, Albert often went to the Café de l’Univers in Nîmes. One of the local residents who frequented this café was a Jew from Austria, Oskar Reich, who was a former international football player. He was a member of the Jewish police service, which was protected by the SS. He collaborated with Aloïs Brunner, the commander of the Drancy camp, in the deportation of the Jews and had been placed under the direct command of the Gestapo. In exchange, Oskar was exempted from wearing the yellow star (10). In early June 1944, Oskar set out with the militia to help take prisoners in the mine. A member of the militia said to Albert “You’re not Salencon, you’re Carcassonne. Go to fetch your things, we’re arresting you” (11). Albert went to find his belongings and gave a pen and a watch to Gérard Bagout, saying “I’m done for, you’re to give these two things to Vidal”(12). 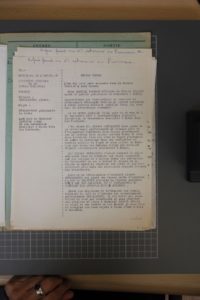 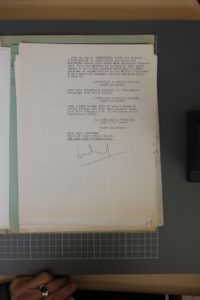 Albert Carcassonne was driven to Montpellier and handed over to the German police. He was locked up in Baumettes prison in Marseille. The Baumettes was used as a transit center before becoming a prison. Albert was then transferred to Drancy on July 24, 1944. Oskar Reich was the camp’s Inspector-General. On arrival, Albert was searched; the camp authorities noted down the proceeds in a logbook and assigned him the registration number 3166298 (13). On July 31, 1944, at the age of 35, he was deported to the Auschwitz-Birkenau concentration and extermination camp in Poland on convoy 77, a train that was made up of 30 wagons. His father Edgard Daniel, aged 71, had left before him, on July 4, 1944 in convoy 76. According to the survey conducted by the Department of Veterans and Victims of War, folder No 84811 90011 21P 249071, Albert Cario, a shopkeeper in Nîmes, reportedly saw Albert Carcassonne near to Berlin, Germany, during his deportation. Albert Cario’s name is on the list of deportees in Drancy Memorial archives. He left in the same wagon as Albert Carcassonne, starting from Drancy and heading for Auschwitz. 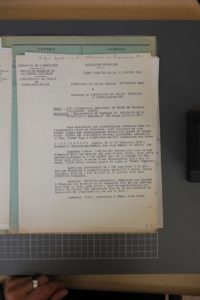 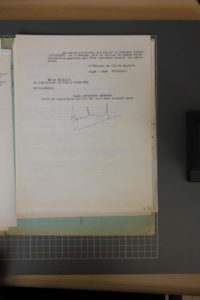 Albert Carcassonne was deported, along with over 1300 other men and women and 330 children, to the Auschwitz-Birkenau camp. He arrived in Auschwitz on August 3 and died on August 5. The French state recognizes Albert Carcassonne a victim of war and notes that he died as a deportee (14).

In 1944, it was rumored that Oskar Reich had died in Auschwitz. He was in fact on the run and was arrested in 1946. Along with two SS non-commissioned officers, he was indicted for violence and kidnapping under the 1944 War Crimes Ordinances. The court in Paris, at the end of a two-day trial, sentenced him to death. He was executed by firing squad in 1949 (15).

Albert Carcassonne’s brother Samuel and son Daniel were listed on the electoral roll in 1946, still at the same address, 2 rue l’Abbé de Sauvages, in Nîmes (16).

In 1962, Albert Carcassonne’s sister, Berthe, submitted a request to the French prosecution service in order to find out more about what had happened to her brother (17).

Albert Carcassonne’s name is inscribed on the wall of the names at the Shoah Memorial in Paris (18).

1: The names of Albert Carcassonne’s grandmothers differ according to the sources: the names of French Jews listed in the census: 1W138, individual name cards of French Jews resident in the Gard department: 1W39, found in the Gard departmental archives and the 1929 electoral lists: 1K 102, 1930 : 1K 103, 1932 : 1K 105, found in the municipal archives of the city of Nîmes.

2: Interview with the staff of the Town Hall at Saint Jean de Luz, February 2019.

4: Death certificate of Samuel Carcassonne, municipal archives of the city of Nîmes.

10: Interview with Serge Klarsfeld (carried out by our teacher alone) in April 2019 and https://www.sciencespo.fr/mass-violence-war-massacre-resistance.

13: From the World Holocaust Remembrance Center web page for

15: Interview with Serge Klarsfeld (carried out by our teacher), April 2019 and

Following the writing of Albert Carcassonne’s biography, the 9th grade students at the Elsa Triolet high school in 15th district of Marseille held a debate on the following subject: “Writing biographies of deportees: does this rekindle memories??”

The 9th grade students at the Elsa Triolet high school in 15th district of Marseille also met an investigative journalist, Max Clanet, at the end of their research in order to compare their experience. This enabled the students:

-“To learn about and understand journalism as a profession.”

-“To understand that there are different types of investigative journalist.”

-“To understand that sources are not always reliable or objective.”

-“To realize that investigations take up a lot of time.”

-“To respect anonymity if the witness so wishes.”

-“To understand that some journalists can publish what they like.”

-“To understand that we, the students, worked in the same way as Max Clanet.”

-“To understand that not all witnesses are kind to journalists.”

editor’s note : See French version of the biography to read the debate in this language