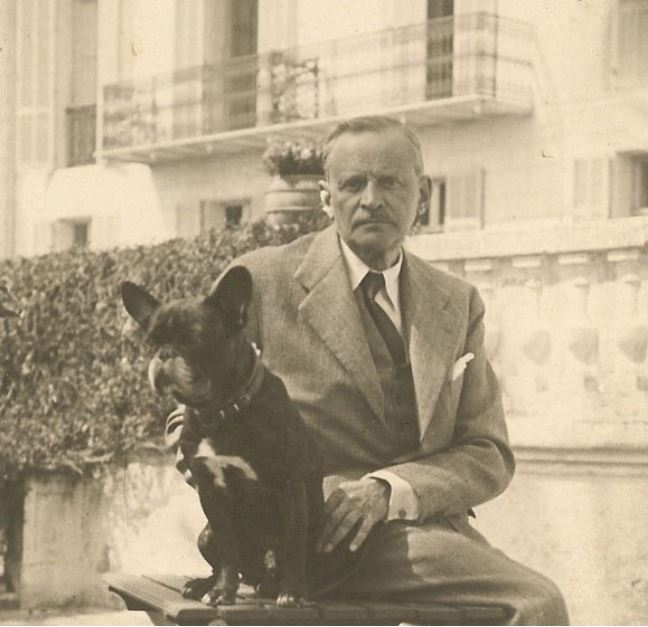 Presentation of the project

Convoi 77 is a project seeking to establish the biographies of the more than 1300 deportees on the last big convoy that left Drancy for the Auschwitz concentration camp complex on July 31, 1944. The 10th-grade class of the Prins Henrik French High School in Copenhagen, Denmark took part in this project, dealing with the case of Alexandre Voronoff, first a prisoner in the camp at Drancy, then deported to Auschwitz, where he died. We began by getting as much information as possible on Alexandre Voronoff (doc. A), looking through newspaper stories that recounted his arrest and news briefs concerning him or his family. We found a good deal of information on his brother, Serge Voronoff, a well-known surgeon. We then looked into the various registers of the camp and police records and began to research the descendants of the family so as to contact them.

Who was Alexandre Voronoff?

Using the documents at our disposal we attempted to draw up a moral portrait. As we know that he had a cat, and a dog named Coco (document B), we can conclude that he was especially fond of animals. From his letters we see that he was close to his family and that he remained optimistic despite his situation. They show that he kept his head up during his stay in the Drancy camp, if only in appearance, to reassure his family. He did not want them to be worried and hoped for the best. Alexandre Voronoff was thus, one might say, a brave man confronting almost certain death, a man of rare moral qualities, wishing for his family’s happiness and seeking to keep their spirits up.

Alexandre Voronoff was born on September 8, 1881 at Shekhman, a hamlet in western Russia 400 kilometers [250 miles] southeast of Moscow (document C). One of five brothers and sisters, he did six years in a business school in Lipetsk, a town located north of Voronej, before pursuing his studies in a public polytechnic institute in Saint-Petersburg. In 1907 he obtained a diploma in electromechanical engineering. In 1919 he settled in the area of Menton in the south of France, where he worked with his brother Serge Voronoff, 15 years his senior and a famous surgeon known for his work on interspecies transplants. The two brothers traveled frequently in Germany, the United States, and Italy.

In 1927 Alexandre was made a French citizen. In 1935 at the town hall of Paris’s 17th district he married Marguerite (document D), who had already given birth to Pierre. The family split its time between Paris and Menton. Alexandre Voronoff worked as Serge Voronoff’s secretary and steward, living with him at his property, the Château Grimaldi, on the Italian coast (document E). His stepson Pierre, the father of Isabelle Titard (a still living descendant who provided us with much information), found in Alexandre a substitute father, for he had never known his biological father, who died in combat in 1916. Alexandre asked his stepson to study in England, as, being himself a polyglot, he wanted Pierre to be able to “work in English”.

Alexandre Voronoff’s life during the war

Before the war Alexandre Voronoff spent a lot of time with his wife Marguerite and her son. He was arrested, along with his wife, by the German authorities in Aurillac on April 24, 1944 at the Hôtel de Bordeaux, his refuge since 1938, for reasons of race (Jewish) and resistance (document F). Alexandre Voronoff wrote in one of his letters that “It is quite probable that Madame Voyer turned your mother and me in; your mother had most certainly mistreated her best friend”. After a brief spell in the prison at Clermont-Ferrand on April 24, 1944, and then in the camp at Compiègne, where he stayed at least 15 days and ate considerably better than at Clermont-Ferrand, he was transferred to Drancy on July 6 (document G). While under detention he wrote letters to his stepson Pierre. In them he recounted his days in the camp, professing that everything was all right and that there was no need to worry about him. He thanked him for his parcels and a pair of trousers he judged too fine to be worn where he was: “I’ve lost some weight, aged, but am in good health. You’ve upset me with the news that you’ve heard nothing about your mother. I’m afraid she may have already been sent off. I hope you can reassure me about this on Monday. I have enough clothing. The trousers you sent me are too fine for here, but no matter. Your parcels are superb and quite enough.” (document H) He wrote his last letter on July 30, 1944, in which he says: “Take special care of your good mother. He ended the letter with “The trip will surely be hard, but I’m keeping my chin up”. He was deported in convoy number 77 on July 31, 1944 and, judged to be too old and unfit for work on his arrival, he was, according to Francis Riess, a political deportee in the group, sent to the gas chamber on August 3, 1944 at the age of 62.

In order to produce this biography we first carried out some global research on Alexandre Voronoff. We selected the various important elements in his life. We then divided up the work, and each couple researched a specific period of his life. Afterwards we contacted the Mémorial de la Shoah at Drancy, which sent us several documents. We also contacted the Convoi 77 Association, which furnished other sources, such as the Ministry of the Armies, who sent us Alexandre’s file. We also contacted members of Alexandre Voronoff’s family, including Isabelle Titard, his wife’s granddaughter. One of our fellow students, who speaks Russian, tried unsuccessfully to get in touch with the synagogue and elementary school at Shekhman. We also vainly attempted to contact the owner of the Villa Grimaldi, the Voronoff family’s former property.

At first we had trouble sorting out the information at our disposal: several newspaper articles concerning Alexandre Voronoff or his family, and his personal letters. Among these was the correspondence he carried on with his wife Marguerite and his stepson Pierre while he was in the camp at Drancy.

The enquiry we carried out on Alexandre Voronoff as 10th-grade students taught us a lot about the situation of the deportees before, during and after the war. Through Alexandre Voronoff’s case we came to understand that before being deportees, the victims had a daily life (family, work…), that they were people just like others. We also became aware of the conditions in which the deportees lived. This work brought us a great deal personally. After reading several of Alexandre Voronoff’s letters we had got a good notion of who he was and what he was like. We were also marked by his testimony.  We shall henceforth have a better understanding of the victims of the Second World War, about whom we still speak today.

Doc.A: Alexandre Voronoff and his cat.

Doc.F: Request for information on Alexandre Voronoff by the Interdepartmental Agency for the Veterans and Victims of War from the Civil Status and Research Bureau.

We wish to thank everyone who aided and supported us in our project of establishing Alexandre Voronoff’s biography. 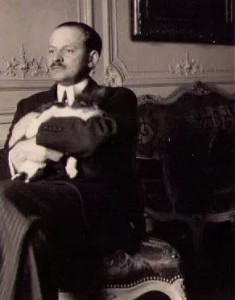 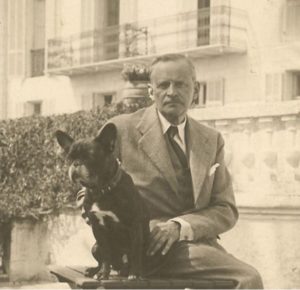 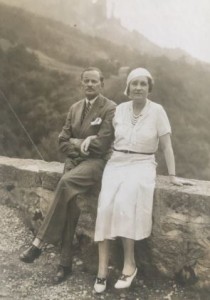 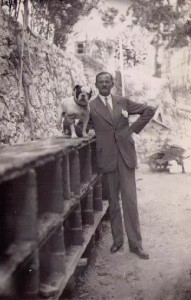 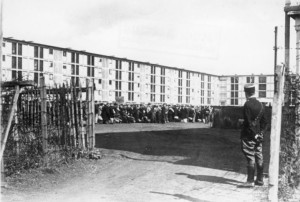 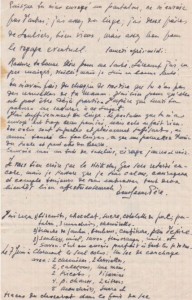