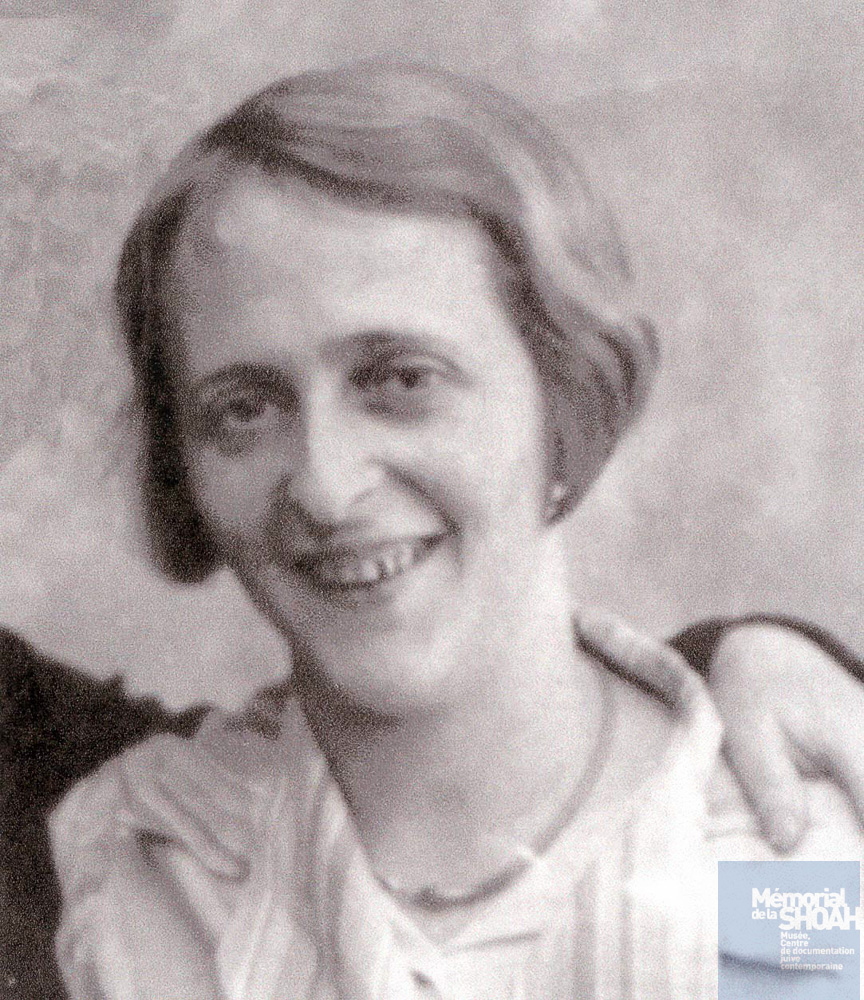 The “Convoy 77” project, in collaboration with the European Union.

Augustine Wolff, maiden name Wittgenstein, was born on June 6, 1901[1] in Duisburg, in the Ruhrort district of Germany[1]. She was a German citizen[1].

Life before the war

Augustine’s parents were Eugene Wittgenstein and Berthe Bluhm [2], who were both tradespeople. They were devout people who lived according to the Mosaic faith and, since they lived in the Duisburg region, were German nationals [2].

On April 12, 1929 in Bochum, Germany [3], Augustine married Siegfried Wolff, a German photographer who was born on November 10, 1897 and died in 1979. Siegfried’s parents, Maurice Wolff and Frédérique Hanau, were German [4]. His mother, Frédérique, was born on December 21, 1873 in Nalbach, in the Saarland region, and was murdered on November 11, 1942 in Auschwitz [18]. Siegfried was the brother of Emmy Wolff, born on June 23, 1899, who was deported and killed in Auschwitz [4] at the same time as Augustine. Siegfried opened a photography studio and laboratory in Lyon in 1933 [5] and retired in 1963 [5]. He had two children with Augustine: Marianne Wolff, born on July 21, 1931, and Pierre Wolff, born on August 6, 1935 [6]. Pierre lived on rue du Capitaine, where he ran a store with his wife, Michèle Wolff, until 1995 [5]. Augustine’s sister, Ella Mayer, née Wittgenstei, lives in Chile, at Avenida Holanda Santiago De Chile [7]. According to Pierre Wolff, she is just one of Augustine’s many sisters.

Arrival and residence in France

When Augustine arrived in France in November 1933 [4], she moved into 26, rue du Capitaine, in the 3rd district of Lyon [6]. However, according to the Statute of Deportees and Political Internees and Mr. Robin, she only lived in Lyon as of September 1, 1939 [8].

Augustine Wolff was arrested on June 28, 1944 by the Gestapo, after having been denounced by neighbors at her home at 26, rue du Capitaine [9] on grounds of her race. Indeed, the motive given for her arrest was that she was Jewish [9]. After she was arrested, she was interned at Montluc Prison [10], near Lyon. She remained there from the day of her arrest until July 8, 1944, the day she was transferred to the Drancy transit camp. She was therefore interned in Drancy, located northeast of Paris, between July 8 and 31, 1944. On July 31, 1944, she was deported on the last of the large convoys of Jews to leave Drancy, Convoy No. 77 [11]. Augustine was deported together with avec Emmy Wolff [21] and arrived on August 5, 1944 at the Auschwitz-Birkenau extermination camp in Poland [4].

Pierre Wolff, Augustine’s son, was not a direct witness to the events but he was able to give us a lot of important information verbally.

Augustine Wolff was murdered on August 5, 1944 in Auschwitz, Poland, when the deportation convoy arrived [17]. She was presumably killed in the gas chambers shortly after her arrival at the camp due to her physical condition, which had undoubtedly deteriorated during the journey.

[1] : Document confirming that Augustine ” Died in Deportation ” from the Ministry of Veterans Affairs and War Victims, September 26th, 2002.

[4] : Minutes of proceedings about Siegfried Wolff, Ministry of the Interior, November 23, 1949

[6] : Document concerning the application for the title of Political Deportee

[7] : Response to a request for information by the International Tracing Service

[10] : Notice addressed to the Registry Office of the Directorate of Civil Status and Research

[12] : Department of Veterans Affairs and Victims of War checklist

11th grade students at the Cité Scolaire Internationale High School in Lyon, with the guidance of their history and geography teacher, Frédéric Fouletier.