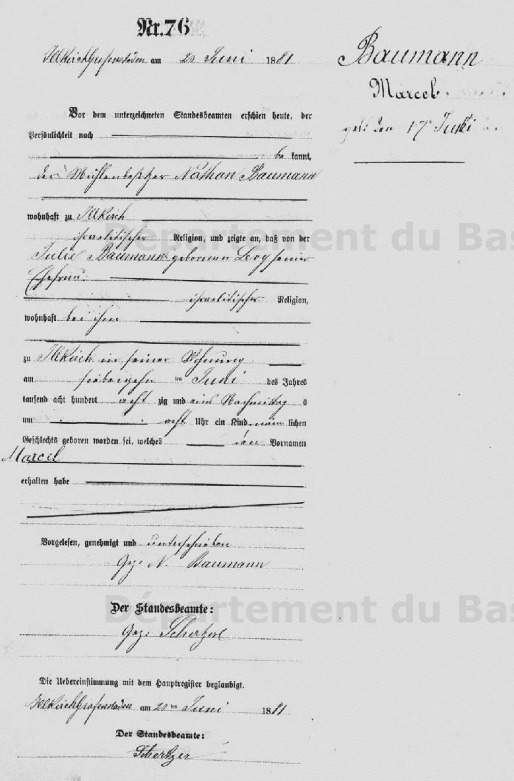 Born in Illkirch-Graffenstaden on June 17, 1881 to Nathan Baumann, a miller at Fegersheim and to Julie (or Juliette) Lévy.

Marcel was the youngest child of a numerous family. He had two older brothers, Lucien and Achille, and two sisters, Fanny-Irma and Régine-Line. His mother died when he was one year old. He grew up in Illkirch-Graffenstaden, where his brothers took over the flour mill set up by their father on the Ill River. After a fire in 1904 the mills were rebuilt on the Rhine port in Strasbourg, becoming the Strasbourg Mills. His brother Achille then became prominent in the community. He was elected mayor several times (between 1914 and 1937) and had a private mansion built that still exists (now a traumatology facility).

During the war the family broke up. Achille and his wife moved to Pau (?) and then to the Brive area with their daughter Madeleine, her husband, and their son Francis. Fanny-Irma lived at 3 Place Aristide Briand in Lyon. The location of Marcel is unknown.

The Baumann family lost many victims to the Shoah : Achille, his wife, and their daughter Madeleine’s family were arrested on April 5 and April 13, 1944 near Brive. Achille and his wife escaped deportation, but Madeleine (married name : Heilbronn) was deported with her son to Auschwitz in convoy n° 71 on April 13, 1944.  Interned with the I.D. number 19068, she died the same year. Fanny-Irma (married name: Rosenthal) was arrested in the roundup at the UGIF (Genral Union of the Israelites of France) headquarters on the rue Sainte-Catherine on February 9, 1943. She was deported from Drancy to Auschwitz in convoy n° 59 under the I.D. number 1738. Marcel was living at 3 Place Carnot in Villefranche-sur-Saône. He was arrested in Lyon and detained in the Montluc prison before internment at Drancy on July 4, 1944, where he was forced to hand over his money and valuables: 5040 francs, a gold watch, a platinum chain with two charms, and a gold signet ring. He was deported to Auschwitz in convoy 77 and never returned.

His name also appears on the list of convoi 78. 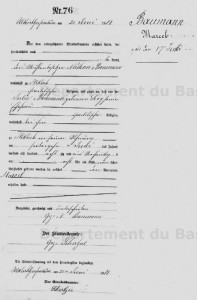 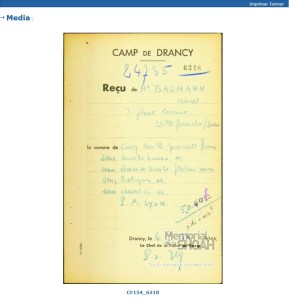