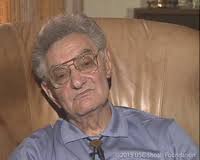 Maurice Benadon was born on December 12, 1914 in Thessalonica. He had two brothers and two sisters: one brother who died young, an elder sister Renée Pauline, an elder brother Albert, and a younger sister Liliane. The family spoke French, like most of the Thessalonica Jews. The family left Thessalonica in 1927-1928 for Paris via Marseille. At first Maurice Benadon continued school and then went to work for his brother-in-law, a Polish Jew who was an upholsterer. The brother-in-law helped his father-in-law to buy a small shop. Maurice Benadon worked in the family business (textile wholesalers) located in the Sentier neighborhood in Paris. Around the age of 17 he became a Communist, attended courses in Marxism and political economy at the Paris Workers’ University, became a militant activist in the Communist cell of the rue Chardon-Lagache, and took part in demonstrations against Fascism and war. He sang in a chorus where he met his future wife Simone. He did not, however, participate in the life of the Jewish community.

When he volunteered for the Spanish Civil War, his mother refused to let him go. In 1939 he was granted French citizenship.

When the Germans occupied France his family took refuge in the Free Zone, first in Cannes, then in Nice. Maurice Benadon then took part in acts of sabotage, was denounced and arrested, interrogated by an Italian officer, and released after a sharp reprimand. His father died in 1941 of heart disease.

His sister Renée managed to flee to Switzerland. After Italy’s capitulation in September, 1943 and the occupation of Nice by the Germans, his contacts with the Résistance intensified. The family went to Lyon, where their mother was hospitalized with severe depression. In Lyon Maurice Benadon resided at n° 19 rue St-Jean and joined a group of the Union of Jews for Resistance and Mutual Aid, participating in resistance actions. The Armée secrète supplied them with arms and material to manufacture bombs. Wounded in an accident, he had to go into hospital for treatment, but soon took up his illegal activities again. He became head of a Resistance group that included many Polish Jews who spoke Yiddish. That group committed bomb attacks on electricity transformers and weapons depots (…).

It was while he was in conversation with a comrade on June 29, 1944 that Maurice Benadon was arrested in the street during a roundup whose object was to impress men into forced labor; two armed men of the PPF (Parti Populaire Français), directly under the orders of the Gestapo, carried out the arrest. He was sent to the Gestapo prison in Lyon, put in a cellar to undergo interrogation and was tortured to the point of losing consciousness, but never divulged anything. He was then sent to the Fort de Montluc Prison. Several days later he was transferred to Drancy by passenger train. On July 31, 1944 he was deported to Auschwitz in convoy 77. Upon his arrival at Auschwitz on August 3, 1944 he was attributed I.D. n° B 3682. Assigned to the roadwork Kommando (work team), he suffered from the harsh work conditions and malnutrition. Not knowing how to speak Yiddish, he was not involved in the defense of the camp and felt completely isolated. He managed, however, to keep up his health. Only a bicycle accident in which he wounded his ankle gave him a bad time.

On October 28, 1944 he left Auschwitz for Stutthof, and then Hailfingen in November, 1944 (I.D. n° 40 490), where he was “extenuated” by dysentery to the point of considering suicide. On February 13, 1945 he was moved from Hailfingen to Vaihingen/Enz, where he caught typhus. He was at last liberated from the camp on April 7, 1945 by French troops. On April 10, 1945 he was taken to the military hospital in Strasbourg, where he spent several weeks before going on to Paris. After a night at the Hôtel Lutétia he went to their old apartment, having heard that his family had returned. There he and his mother, brother and younger sister were reunited. His older sister had hidden in Savoy (Haute-Savoie department), which is where he also found his wife several months later.

Maurice Minkowski speaks of Maurice Benadon as being his “copain” — his buddy. Fellow deportees in convoy 77, they remained in touch up until the 1990’s.

An interview granted by Maurice Benadon to the USC Shoah Foundation was recorded in Paris on June 9, 1995. In August, 2009 Nicole Mokobodzki, a member of the U.J.R.E (Union of Jews for Resistance and Mutual Aid) furnished us with the address of his son Jean-Claude. She had done research for us on Maurice Benadon and Maurice Minkowski and had published our questions in U.J.R.E.’s magazines. On October 7, 2009, Maurice Benadon’s son responded:

“My father, Maurice Benadon, died on April 1, 1999 in Paris. My father had three children with his wife Simone: Jean-Claude, the eldest, then Muriel, and finally Marc. Bravo for your memorial work”.

Jean-Claude Benadon accepted our invitation to attend the inauguration of the Mémorial that took place in June 2010. In a conversation with Johannes Kuhn he related, “My father came back with typhus. I remember he was extremely gaunt; he walked with a stick; it went on like that for a year, a year and a half. The images in my memory are quite terrible. But on the other hand…he displayed a very strong will to live. He knew he had a son – that would be me – and I believe that helped him stay alive. When the French liberated [the inmates of the Vaihingen/Enz concentration camp], they singled out those who were dying from those who could be treated. They decided my father was dying. But he once again managed to escape and got to Strasbourg, where he was hospitalized and given treatment.