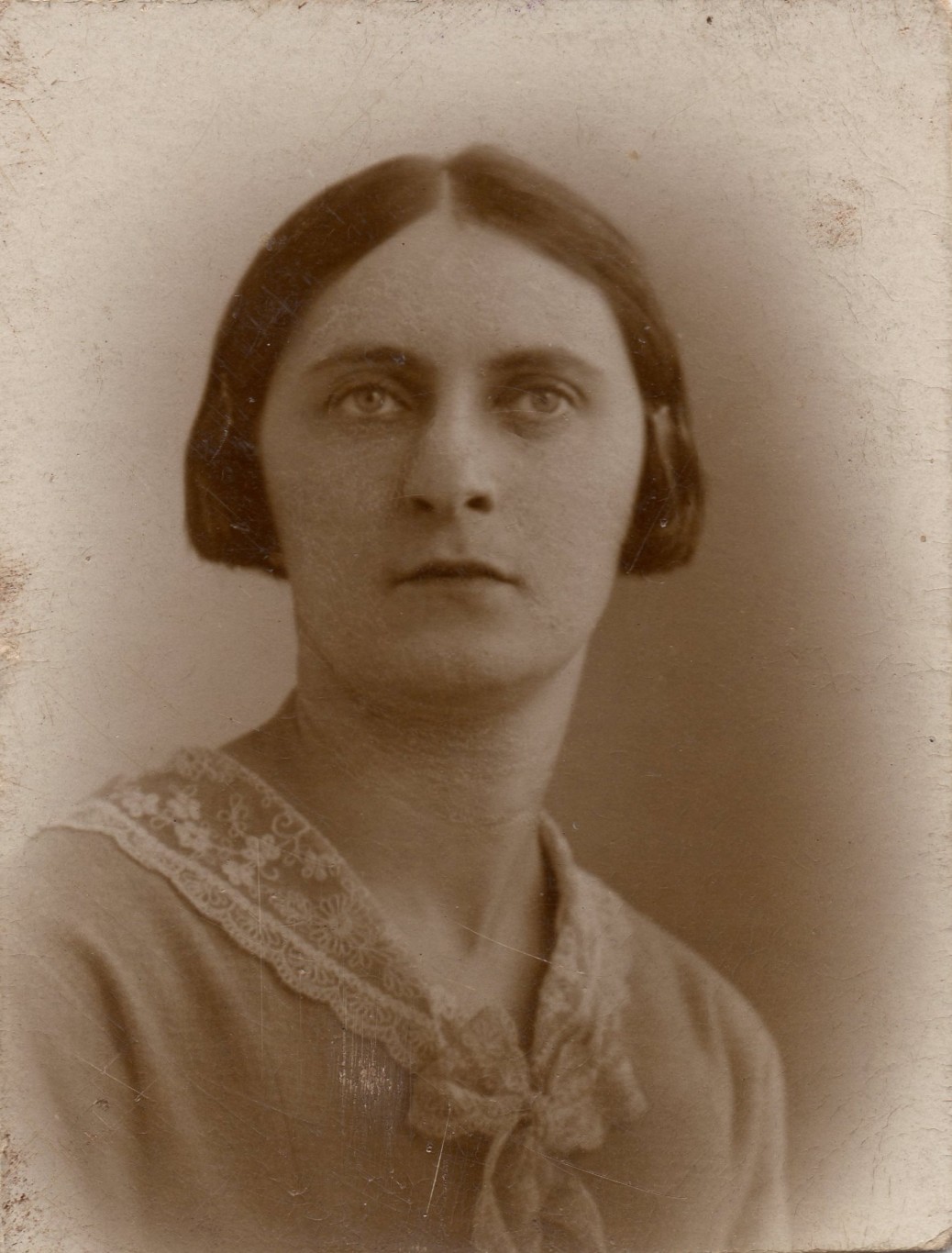 SIMONE BLUM, née MOYSE, was born on December 22, 1906 at Rosières-aux-Salines, a few kilometers from Nancy. She had a brother and a sister, who were deported with her.

She had a happy childhood and adolescence with her family. Her father had a small business of hand-embroidered lingerie.

She married Henry Blum, whom she had met through aunts and uncles they had in common at the synagogue of the rue Buffault in Paris. There were two things she loved – the piano and petit point embroidery. She would take notes on her program at a concert, from which she could then reproduce what she had heard. On Friday evening she attended the synagogue on the rue des Tournelles with her prayer book that she had covered with tapestry and converted into a handbag (to cnceal it)! She had upholstered her armchairs in the same way!

She had two children, a boy and girl. When her huband was mobilized she was convalescing at Chamonix, and she went to be with part of her husband’s family at Juan-les-Pins. Afterwards she went to Vic-le-Comte, near Clermont-Ferrand, where she spent several years. She was very patriotic, and her children sported blue, white and red ribbons on the 14th of July.

Upon learning that her husband had been arrested in Clermont-Ferrand, she took him a suitcase, accompanied by her sister, on June 17, 1944.

They never came back.