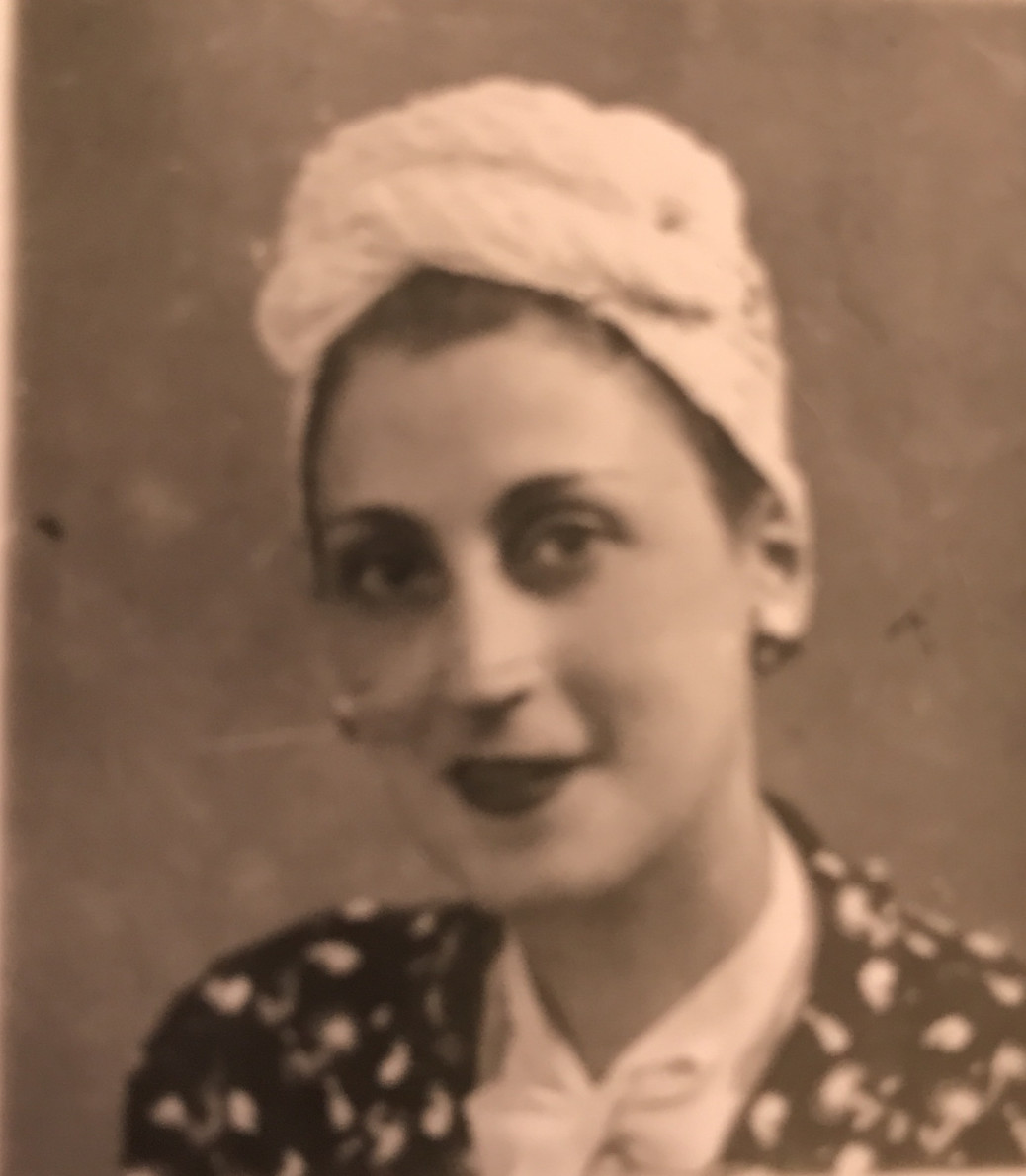 Denise was born on October 15, 1905 at the home of her parents at n° 9 rue de Tilsitt in Paris. She was the fourth child of a family that would soon have six. She was a little girl with pretty brunette curls, smiling and chubby-cheeked, posing in her mother’s arms. Several months, perhaps a whole year later all the children were gathered around their mother Flore. The tenderly cuddling family gaze into the photographer’s lens, Denise with an especially mischievous look in her eye. In 1912 the children were at Etretat at their grandparents’. The family had grown; Denise now had two little brothers, François and Philippe, born in 1908 and 1909.

In the first picture Denise puts her hands proudly on her hips and gives the photographer the hint of a knowing smile. Although a model little girl, she still has a mischievous smile; she is the only one in the third photo who chooses to stand behind Anne-Marie, as if to lend a bit of originality to this frozen moment in the life of the six Klotz children.

Several years later, in 1917, a photo shows Denise holding a German shepherd. Wearing a hat and a coat, she has long brown hair ending in big curls. Denise is 12 years old here, looking still very young, just barely out of childhood. Who is she smiling at? She appears lost in thought, without so much as a glance for the photographer. On January 5, 1926 Denise married Georges Victor Didier Helbronner. She was twenty, her husband twenty-two. Denise’s father, Henry Klotz, was present at the town hall, as well as her grandmother, Victorine Meyer, the chief witness. The marriage was dissolved on April 10, 1930. Denise is thirty in these pictures. An elegant young woman, she is made up and wearing earrings. In the summer of 1939 Denise at the age of 34 here poses with her nephew Hubert, Anne-Marie’s son. A year later  France was occupied. A German decree dated September 27, 1940 ordered all Jews to register with the authorities. In 1940 or 1941[1] Denise was repertoried at police headquarters. She was living at n° 9 rue Verniquet in the 17th district. She moved during the war. On her registration form there is the phrase “Is in the unoccupied zone”. Denise’s health was fragile after suffering from polio in 1936 or 1937 [2].

What became of her during the war? She was active in the resistance under the name Madame Denis[3]. Did she belong to a network? There is today neither trace nor memory of Denise’s resistance activity, just a few words in the file requesting the regularization of her civil status as one who did not return, where a civil servant added the pseudonym Denise used as a nom de guerre in the resistance. What testimony or document enabled the civil servant to put that in Denise’s file? Impossible to say. She was part of the shadow army, of all those who courageously opposed Nazism.

She was arrested on July 12, 1944 at her residence at n° 64 avenue de la République[4] in the 11th district. She was admitted to the Drancy camp with the I.D. number 25089. There she found her sister Lucienne, arrested the same day, and her uncle Georges, arrested the previous day, but also André Hayem, Louise and Fernand Ochsé, Claudine and Maurice Sergine. The women were assigned to room 3 in stairway 19. There is a document[5] which states that Denise “was always with Claudine Sergine and Zelda Ménascé“. Does this refer to Drancy, where Claudine and Denise were together from the 12th of July[6] ? Or does it mean Auschwitz?

On July 31, 1944 Denise left Drancy in Convoy 77. In the same train wagon were her sister Lucienne, her uncle Georges, her cousin, André Hayem, and Claudine and Maurice Sergine. That same day her father, Henry Klotz, was arrested. A diabetic invalid, he was hospitalized in Drancy’s Rothschild annex. Henry was 77 years old; he was to die on August 17, 1944, the day Drancy was liberated, from lack of care.

François Klotz, Lucienne and Denise’s brother, was arrested for resistance activity in June 1944.

An excellent parachutist who knew well the coast of Provence, especially the stretch around Bandol and la Ciotat, he was assigned to enquire into the Monk network of the SOE (Special Operations Executive) , which had been decapitated during the repression in Marseille in March of 1944, and to reorganize it. François Klotz disappeared in circumstances that remain mysterious. It was believed he was parachuted into the Vinon-sur-Verdon sector of the Var department, and his file requesting the title “died for France” indicates that he was probably killed in Toulon (Var department) on June 29, 1944. He was in fact, however, parachuted during the night of June 27-28, 1944 into the landing area code-named François, situated 17 kilometers south of Vissec (in the Gard department) and 12 kilometers east of Lodève (in the Hérault department). The (infiltrated) Waiter radio operator of the reception network indicated the success of the operation and  that 25 containers of the weapons received had been stashed away. (…)  What happened to François Klotz? Was he, as is likely, taken to the Sipo-SD (Sicherheitspolizei-Sicherheitsdienst : Security Police- Security Service) in Marseille to be interrogated by Dunker Delage, a key man in Section IV (the Gestapo), who oversaw this trap. Was he killed with other resistance fighters? Could he be one of the unknown dead in the mass grave at Signes (Var department)? Did he swallow his cyanide pill? Nobody knows. His body was never found.
He was posthumously decorated with the Médaille Militaire, the Croix de Guerre avec Palme, and the Silver Star Medal. And honored with the title “Died for France”.[7]

Upon her arrival at Auschwitz Denise was selected to be allowed into the camp. Two letters[8]  testify to her presence in the camp until November 1944. A third source specifies that Denise caught typhus in the camp. She was greatly weakened and spent time in the infirmary. How long did she survive? Difficult to tell. Zelda Ménascé and Monique Adout suppose Denise died at Auschwitz, whereas a third piece of testimony, by Yvette Salan on the back of the Drancy record, mentions: “Ill with typhus at Auschwitz. May have recovered.”[9]

Denise’s civil status record gives December 1944 as the month of her death. It is most probable, as stated by Zelda Ménascé, that she died at Auschwitz several months after her arrival.

[4] The Drancy record gives this address

[5] Archives of Caen, back of the document with Denise’s photo. On this document the family name is “Heilbraum”. It was certainly Anne-Marie who undertook this search and furnished her sister’s photo.

[6] Claudine entered the camp with the I.D. number 25087; Denise and Claudine would share a room at Drancy with Lucienne and Louise Ochsé.

[7] All this information on François Klotz’s death is taken from the entry on François Klotz in the Maitron (Dictionary of those executed): http://maitron-fusilles-40-44.univ-paris1.fr/spip.php?article177289

A poetic endeavor on Denise KLOTZ, undertaken by the 9th-grade class of the Charles Péguy junior high school (middle school) in Palaiseau.

The biographies by the pupils : 3 poems, two of which are reproduced here — Childhood (dedicated to both sisters) and the one in prose. The other one is given after Lucienne’s biography.

You, Denise, the fourth child, a model little girl, were born into a middle-class family, with a father who made perfume; smiling, innocent, even blithe, puckishly dodging the camera.

Your life, Denise, might have been all sunshine and roses — nothing tragic, nothing dire. Yet from earliest childhood you were stricken with the illness that would always reveal your frailty. Why? What force decreed it so? In your gaze and on your face framed with curls deep thoughts emerged. You were just a young woman barely past adolescence when you married Georges. Did your mother, absent from the wedding, love you? Or did she seek to avoid the pain of seeing again her former husband?

Ah Denise, what a woman you were, all made up and coiffed, with your sparkling jewelry! How many men must have desired that beauty! You smoked despite the disapproval of some. You divorced, impelled by that strong character that led you to the Resistance under the alias Madame Denis —  hope of freedom or refusal to be deported?

Suddenly, Denise, you are invaded by panic when you are repertoried, you cannot get loose from it, it comes back ceaselessly, in the evening, at night. “Why me? What have I done, am I a criminal, some everyday, ordinary outlaw?” Still, whatever may come, you comply with the law, however racist and anti-Semitic it may be, for the rules must be followed, as they have always been.

And so time passes filled with pondering, anxiety, fear. The more time goes by the less you understand the hatred that certain people feel toward you. It grows from day to day like a powerful wave, carrying off so many innocent lives, erasing so many identities, restricting the freedom to live, gradually destroying your beauty, squeezing your life like a burning vise inevitably tightening to take you, Denise, off to death.

What horrors await you in the East, Denise? What is the point of all this? Spine-tingling rumors already evoke labor camps, in the cold, in the snow, far from everything. Yes, Denise, such is your fate, and nothing or no one can stop it. Yet you have asked nothing of no one, you chubby little girl, smiling, innocent, and blithe.

Nothing destined you to this tragic, mindless end,

To this cold, calculated violence hatched in a fine mansion in Wannsee 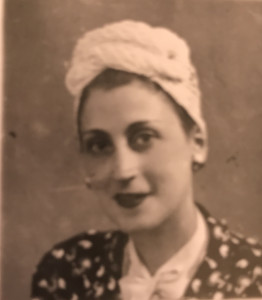 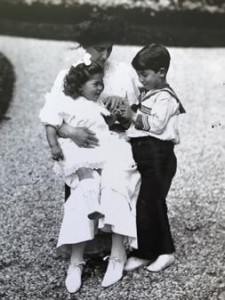 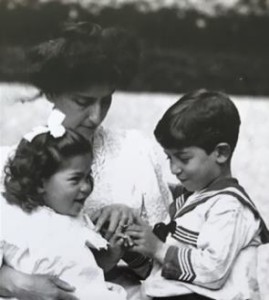 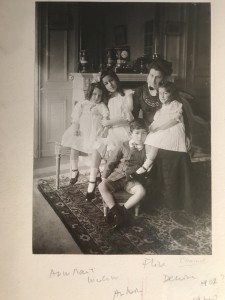 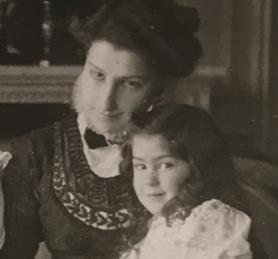 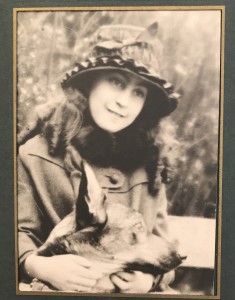 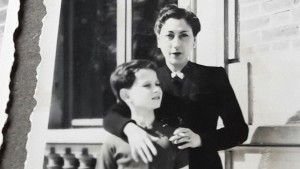