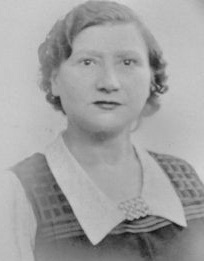 Since we do not have a photo of Doba Levine, we are showing a copy of her marriage certificate, held by Victims of Contemporary Conflicts Archives Division of the Ministry of Defense Historical Service, in Caen.

The lives of Doba Levine and her daughter Berthe were researched by a group of three students from the French International High School in Vilnius, in Lithuania, where the Levines are believed to have been born. The students initially explored the information in the list of deportees on the convoi77.org website, as well as data from the 1926, 1931 and 1936 Paris censuses. Soon afterwards, the Covid 19 lockdown began, which lasted almost three months. During this time, the students’ history teacher gathered together some documents available on the Internet, while the project organizers sent the disappeared persons files of the two deportees kept by the Ministry of Defense Historical Service. Towards the end of the lockdown and in the weeks that followed, the three students studied the documents and drafted the biographies, after which they added some historical contextualization.

We made use of the following:

There appears to be a living descendant of Doba Levine, who had three children, two of whom survived the war. This person published her family tree on the geni.com website, but alas is no longer active on the site and does not respond to enquiries.

From the Tsarist Empire to Paris

According to French documents, Berthe Levine was born Basia/Bessia or Bassé on January 17, 1892 in Vilnius, Lithuania. At that time Lithuania was part of the Russian Empire, and its western provinces were home to a very large Jewish population. This is related to Lithuania’s medieval and modern history, when the country stretched from the Baltic to the Ukraine and welcomed a massive influx of foreign craftsmen, especially Jews, to assist in its development. Vilnius was even known as the “Jerusalem of the North”. However, there is no proof that Berthe and her parents (Doba and Peretz) were born there: we were unable to find their birth certificates in the city’ s Jewish registers, which supposedly are all held in the Lithuanian State Historical Archives. It seems therefore that Berthe and her parents were born elsewhere, no doubt somewhere in the Vilnius area. 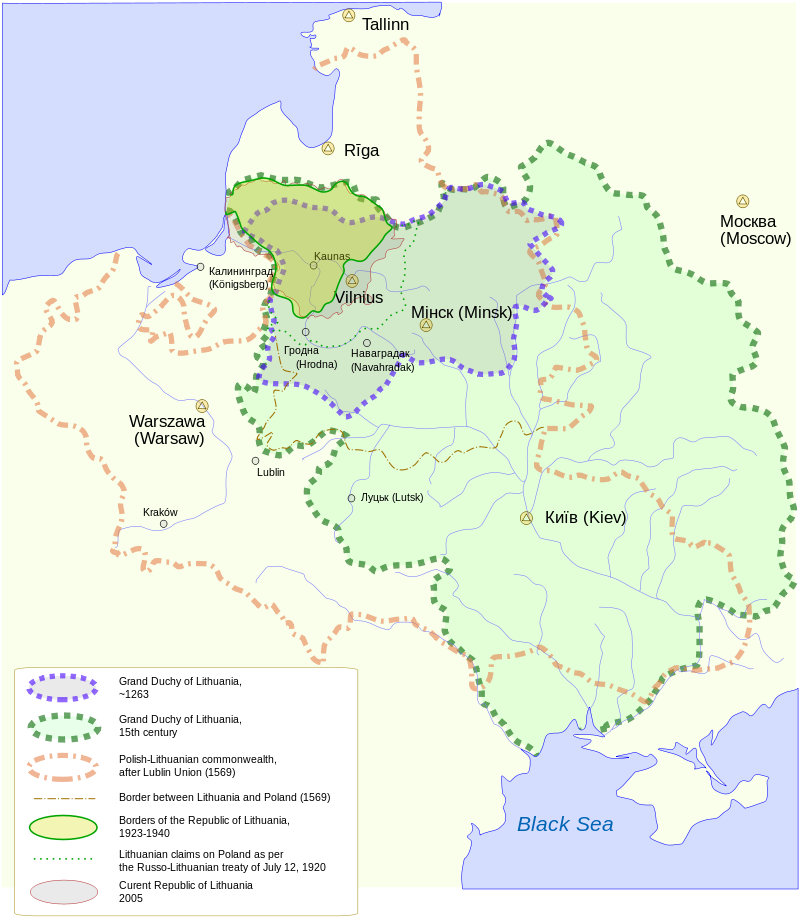 Following Lithuania’s annexation by the Russian Empire at the end of the 18th century, the Jews’ status declined significantly, especially after the assassination of Emperor Alexander II in 1881, even though the great pogroms of the time did not affect the area currently covered by Lithuania, which is now much smaller than it was in the past. This sharp decline drove more than two million Jews to leave the Tsarist Empire between 1881 and 1914. Although there is no evidence that Berthe Levine’s parents fled due to anti-Semitic persecution, they left as part of the massive wave of emigration that it prompted.

Berthe’s parents, Doba and Peretz, probably got married before the birth of their daughter Basia in 1912. However, they had to remarry in France on August 25, 1914 in order to have their marriage officially recognized by the French State. Doba and Peretz must have arrived in France in 1912, or very early 1913, as their son Simon was born on March 28, 1913 in Paris, at which time his parents were living at 47 rue Basfroi in the 12th district. Their third child, Annette, was born on February 13, 1915, when the family was living at 34, Passage Charles Dallery in the 11th district, the same address given when the parents got married.

Berthe Levine thus grew up in what was, at that time, the heart of a working class, artisanal area of Paris, in a family of modest craftspeople. Peretz was a tinsmith, making metal items such as pots and pans, and Doba was a seamstress.

Berthe, a ward of the State

When the First World War broke out, Peretz joined the French Foreign Legion and adopted the French version of his first name, becoming Pierre Isaac Lévine. He also got “remarried” just before he left for the front, probably to ensure that his wife would be protected by law. The Foreign Legion was a corps of the French Army that had been created in 1831 as a means of recruiting foreign soldiers: many foreign Jews enlisted in 1914, thus demonstrating their attachment to their host country and their desire to accelerate their integration into French society. This is no doubt true of Peretz/Pierre Lévine, who joined the army to serve a country in which he has only been living for a year.

Sadly, Peretz was killed on July 5, 1916 during the Battle of the Somme, one of the bloodiest battles of the war, in which more than a million soldiers died. Among them were large numbers British and Commonwealth troops, along with many foreign soldiers from the Legion. Meanwhile, in the same year, the French army suffered great losses at the Battle of Verdun.

Berthe thus found herself fatherless, and was, along with her siblings, “adopted by the Nation” on May 10, 1918. The three children became wards of the State, a legal status introduced in 1917, which provided financial and other assistance. Their mother, Doba, as the wife of a soldier killed at the front, was paid a meagre war widow’s pension. This was just 563 francs a year, at a time when workers were earning 8 francs a day. Subsequently, in 1925 (as mentioned in the French Official Journal dated February 24), Berthe and Doba were naturalized as French citizens. The other two children were probably entitled to French nationality due to having been born in France, which was known as the “droit du sol”. Doba, like most other war widows, never remarried, so Berthe grew up without a father in a relatively large family with very limited means. However, this did not stop Berthe from continuing her education and becoming a salaried employee rather than a manual worker: according to census data, she was a typist in 1931 and an “accountant” in 1936. She never married and continued to live with her mother. 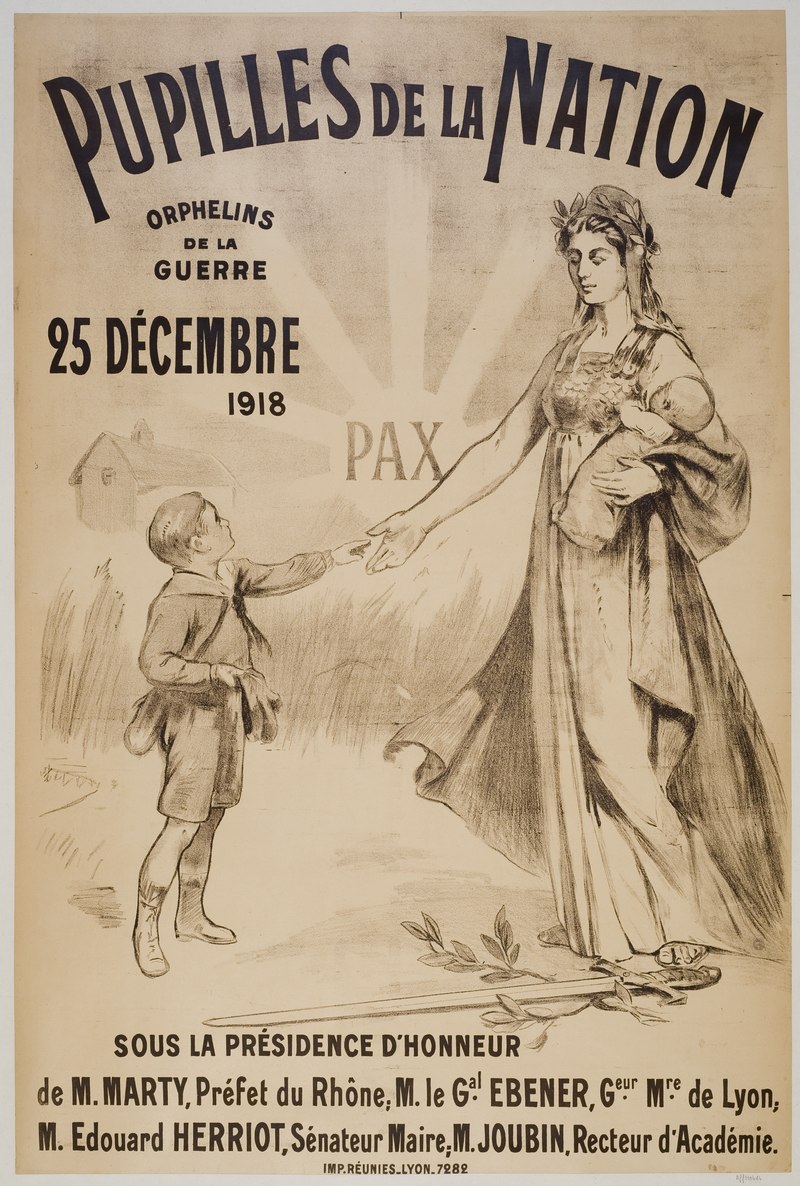 While the loss of their father in Great War and having been naturalized as French may have enabled the Levine family to escape the great Vel d’Hiv roundup, it did not prevent Doba and her daughter Berthe being arrested on the morning of July 21, 1944. Simon and Annette were not arrested, however, possibly because they were living elsewhere at the time, or perhaps because they were born in France.

The following day, Doba and Berthe were sent to the Drancy internment camp. When they were searched on arrival, Doba was found to have 365 francs on her while Berthe had 111 francs. These were modest sums, given that one franc in 1944 would be worth about 17 cents today.

Convoy 77, with Doba and Berthe aboard, left Drancy for Auschwitz on July 31. The French Official Journal gives August 5 as the date of their death, because unless there were documents proving otherwise, the French authorities automatically used the fifth day after deportation as the date of death. However, the majority of the deportees on Convoy 77 were in fact gassed immediately on arrival in Auschwitz, on August 3, 1944.

Three students from the French International High School in Vilnius, Lithuania, under the guidance of their history teacher, Yvan Leclère.
4 Comments