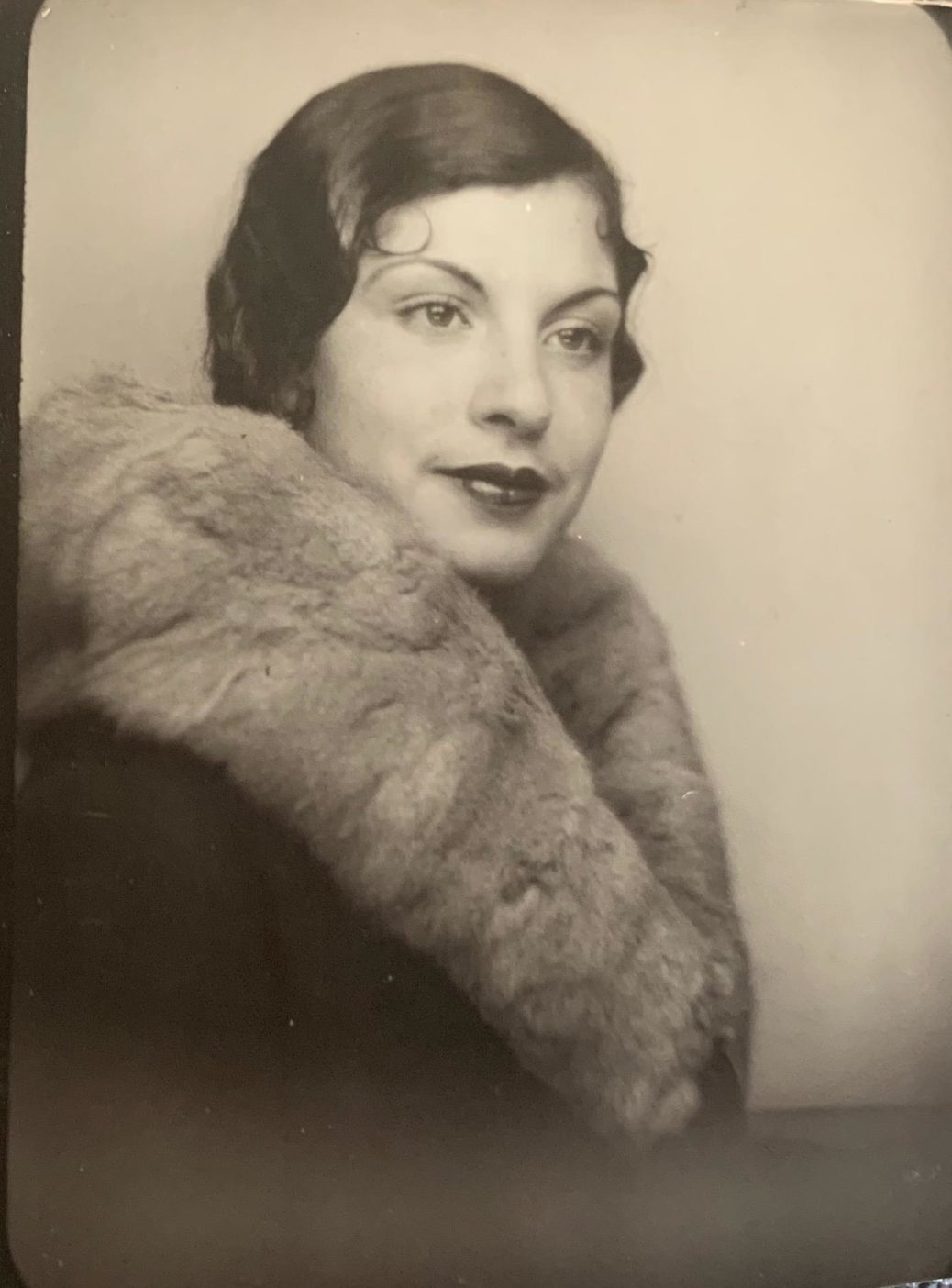 This photo, probably taken after the war, is from the private collection of Gérard Trokiner, Dora’s nephew.

This biography is the result of a collaborative workshop project carried out in 2019 and 2020 by students from the Alexandre-Dumas high school in Saint-Cloud, to the west of Pairs. In addition to the file of documents provided by the Convoy 77 project team, the biography is based on consultation of the archives of the Police Headquarters, the civil registers in Saint-Cloud and Paris and an interview with Gérard Trokiner, Dora Brodsky’s nephew. Fortunée Choel’s correspondence is published in the Mémorial des vingt-quatre élèves juives du lycée Jules-Ferry déportées pendant la Seconde Guerre mondiale (Memorial of the twenty-four Jewish students from the Jules-Ferry high school deported during the Second World War )(1942-1944), published in 2015 under the supervision of Monique Epelbaum.

Dora Choel was born on May 15, 1916 in Salonika (currently Thessaloniki), in Greece. She was the daughter of Salomon Abraham Choel, a traveling merchant who was born in 1889 and Riquetta Magriso, born in 1888. Dora emigrated to France with her entire family, that is to say her parents, sisters and brother, to seek asylum at a time when anti-Semitic repression was becoming ever more frequent. Although their date of arrival in France remains uncertain, we know that Dora had a sister, Fortunée, born in Salonika 1924, who later appeared in the census of foreigners carried out in September 1931. At that time, she was living on rue Lacroix in the 17th district of Paris and was listed as a saleswoman.

On June 29, 1935, Dora Choel married Joseph Brodsky, who was also Jewish and was an engineer who had migrated to France from the Ukraine. Through this marriage, Dora obtained French nationality. For the first few years of their marriage, Dora and Joseph lived on rue Nollet in the 17th district of Paris. Then, shortly before the outbreak of the war, they bought an apartment in rue du Calvaire in Saint-Cloud, and it was there that Dora was arrested by the French police in 1944.

In an article about people who were the denaturalized by the Vichy regime, historian Bernard Laguerre points out that many Jews from Salonika were denaturalized, including children born in France, and demonstrates that the loss of their French nationality was could have been contributing factor in their deportation. It appears, however, that the Choel family was not subjected to such denaturalization measures.

Dora next appears in the Paris Police Headquarters records on February 28, 1942, in a report that says she was found in a public place after 8 p.m., in contravention of curfew regulations. It was the same year that her family, with the exception of Dora and one of her sisters, Mathilde, was deported to Auschwitz on Convoy 44, with a group of Jews of Greek origin from the Paris region. On November 8, 1942, when she had just been arrested and interned in Drancy, Fortunée, her 17-year-old younger sister, wrote a letter to Dora:

You must have heard from the concierge that we were all arrested. Don’t be upset. We’re well enough. Mom is crying a lot but we are consoling her as much as we can.

I hope we won’t be separated. We are to be deported this afternoon to an unknown destination. But be brave, soon we will be reunited. I hope that nothing has happened to you, dear big sister. So goodbye and kisses from the whole family. We will try to send you news as often as possible.
Signed: Fortunée”

We have limited information about the lives of Dora and Joseph Brodsky around that time. Her husband Joseph was able to assume the identity of his brother-in-law Maurice Ciline, who left for the United States with his wife Raymonde in 1939. Another letter from Fortunée Choel to her sister Mathilde, dated August 6, 1942, reveals that “Dora is still in the country with her husband.”

Dora was arrested at her home in Saint-Cloud on July 7, 1944[1], on the same day that her husband Joseph was arrested in Paris. She was transferred to Drancy on July 10, and then deported to Auschwitz on July 31 on Convoy 77. While in Drancy she was reunited with Joseph, as well as his sister Riquetta and his brother-in-law Abraham Michon: they were all deported together. Dora initially worked in a factory in Birkenau, then from November 1944 on in another factory in Kratzau (Chrastava, in the Czech Republic), from where she was liberated by Soviet troops in 1945. Repatriated to France on June 9, Dora was, along with her sister and brother-in-law, the only one of her family to have survived, Joseph having died a deportee. Another of her sisters, Mathilde, was able to escape deportation by taking refuge in the south of France, then in Spain and then in Morocco.

After the war, Dora moved back to rue du Calvaire and spent many years undertaking the necessary administrative steps to have her husband’s death during deportation recognized by the French state and to have him awarded her the distinction « Mort pour la France », meaning “Died for France”. She was later awarded, in 1953, a small pension as a political deportee and widow of a political deportee.

Dora moved on, recovered and tried to rebuild her life. In 1954, she gave birth to a son, René Léon, who sadly died just a few weeks later. Although she never remarried, she dated other men after the war. She was a saleswoman and opened a stationery shop.

Her family members left us with an image of her as a strong, smiling, elegant woman, always fulfilled and full of energy and fulfilled, despite the trauma that she experienced when she was deported.

The photos come from the personal collection of Gerard Trokiner, her nephew, and were probably taken after the war.

Students from the Alexandre-Dumas high school in Saint-Cloud, with the guidance of Nicolas Davieau, their history teacher.
1 Comment