First of all, we would like to thank Mr. Richard Avizrat, who lives in Israel, for his valuable help and for the time he devoted to us as we tried to piece together the biographies of his family members (his grandmother, Zakia, and his uncles and aunts, Robert, Huguette, Gilbert and Georgette) who all perished in Auschwitz on August 5, 1944.
Next, we decided to continue this introduction with his interview and our feelings about this very moving conversation.
We felt, following Mr Avizrat’s call, when we learned that his mother had passed away, that he rarely talked about his family and had never asked. Mr. Avizrat had learned about what had happened in school.
Since he lives in Israel, he started his research, at the age of 50, at Yad Vashem (the Israeli Holocaust memorial). He traveled twice to Paris to see a cousin and once to Lyon to do further research. He searched for documents and found some photos at his parents’ home.
The staff at Lyon City Hall and Lyon Police helped him with his research. He thinks of the lives of his deported family as a jigsaw puzzle, and as each day passes there are fewer pieces left to find.
Since 2006 he has never stopped looking for more information about his family, and has read numerous books to help broaden his research.
Finally, taking into account the Covid restrictions, and with the help of the archived documents sent by Mr Serge Jacubert and Ms. Claire Podetti of the Convoy 77 association, whom we would also like to thank, we have done our best to pay tribute to this unfortunate family from Lyon, who had previously lived in Algeria. They left behind just one descendant: Louise Aouizrat, née Chemla, who has continued her research in order to have the status of her parents and siblings recognized. Her father, Moïse, was machine-gunned to death, and the others were deported. It is in part thanks to her tenacity that we now have a lasting tribute to the Chemla family. 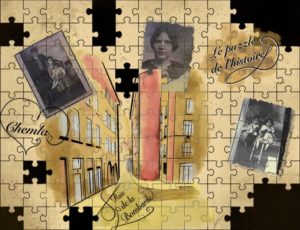 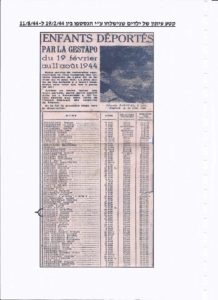 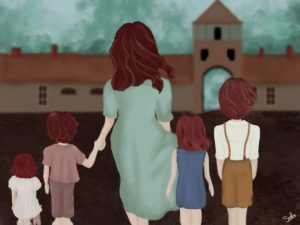 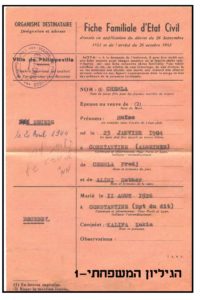 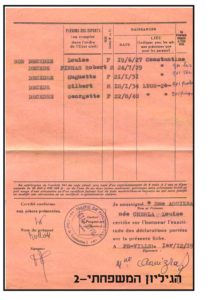 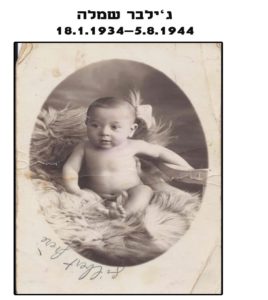 Born on January 18, 1934 in the 2nd district of Lyon, Gilbert Chemla was one of a family of five children, Georgette, Huguette, Robert and Louise. His mother, Zakia Kalifa, and his father, Moïse Chemla, who were married, had emigrated from Algeria. He lived with his parents at 12 rue de La Bombarde in the 2nd district of Lyon.
He was arrested on July 8, 1944 in Lyon, then interned in Drancy on July 24, 1944 following an official visit at which it was decided that he would be deported due to his being Jewish. He was deported to Auschwitz on July 31, 1944 and died on August 5, 1944 in Auschwitz. His brothers and sisters shared the same fate, except for his sister Louise, who was left behind in Algeria.
His father was shot on April 21, 1944, two days after he was arrested, which means that the father was arrested before the children and their mother.

Although he died officially on August 5, 1944, the administrative paperwork relating to his death was not completed until December 10, 1946, and his death was only recorded in the Lyon City Hall death register on July 26, 1961. 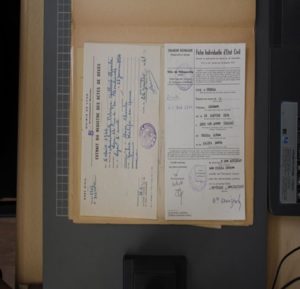 Before his death was recorded in the register, a request for a search for prisoners of war was made on September 6, 1951 by his aunt, Yasmina Mabitz, (Zakia Kalifa’s sister), which must have proved fruitless. He was declared a “political deportee” on July 26, 1961 and following that, a letter dated July 6, 1964 resulted in him being granted the status of having “died for France”, according to a letter from the Minister for Veterans and Victims of War. 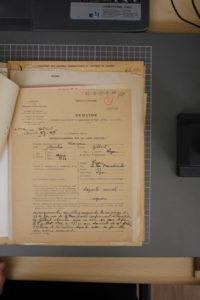 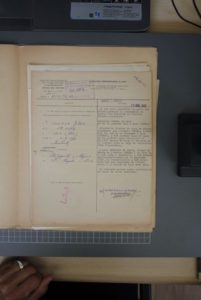 This letter would be forwarded to his sister Louise Aouizrat (née Chemla). 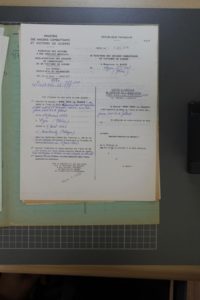 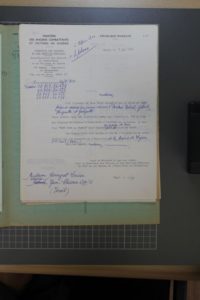 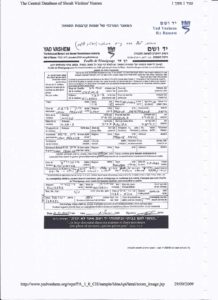 Thanks to the records collected by Mr. Richard Avizrat (one of Louise’s children), we were able to put a face to Gilbert and learn about the steps that he and his mother had taken to find out about the history of his family until the unspeakable happened. It was a way for him to keep a trace of the family that he’d never had the joy of knowing. The souvenirs, however, have helped to ease the pain. We would like to thank him once again for his help and the time he took to answer our questions.
Lastly, we would like to say that despite the Covid restrictions it was interesting to carry out this type of research by studying the story of the family, in order to confront the reality of what happened and to pay tribute to them.

We would like to end the biographies of the Chemla family members, who were deported on Convoy 77, with a brief conclusion including some iconographic images produced by one of the students in our class and a video by Mr. Richard Avizrat, one of the family’s descendants.
This shameful and monstrous period of history has also prompted us to remain vigilant in the face of rising intolerance and discrimination.
Writing the Chemla family biographies has been a wake-up call for us, because it serves as a reminder that we all have families and that we could all have come from different backgrounds.
This should help to change attitudes and to encourage sharing, because as the singer Maxime le Forestier said: “[…] You don’t choose your family […] Being born somewhere, for the person being born – it’s always a matter of luck.
This research has made us aware of the duty to remember and our conversation with Mr. Avizrat has shown us that despite the hatred and violence, trees will always continue to blossom.
We wanted to pay tribute to the deported Chemla family with a more paradisiacal image than that portrayed the introduction and to show that thanks to Louise, the family lineage will continue.
Lastly, there is also a video, produced by Mr. Avizrat, to keep the memory of the family alive. 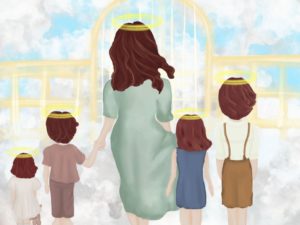 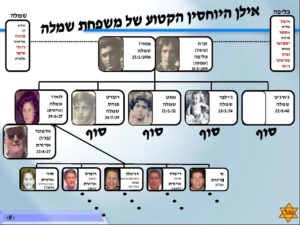 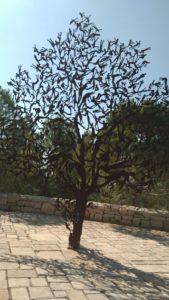