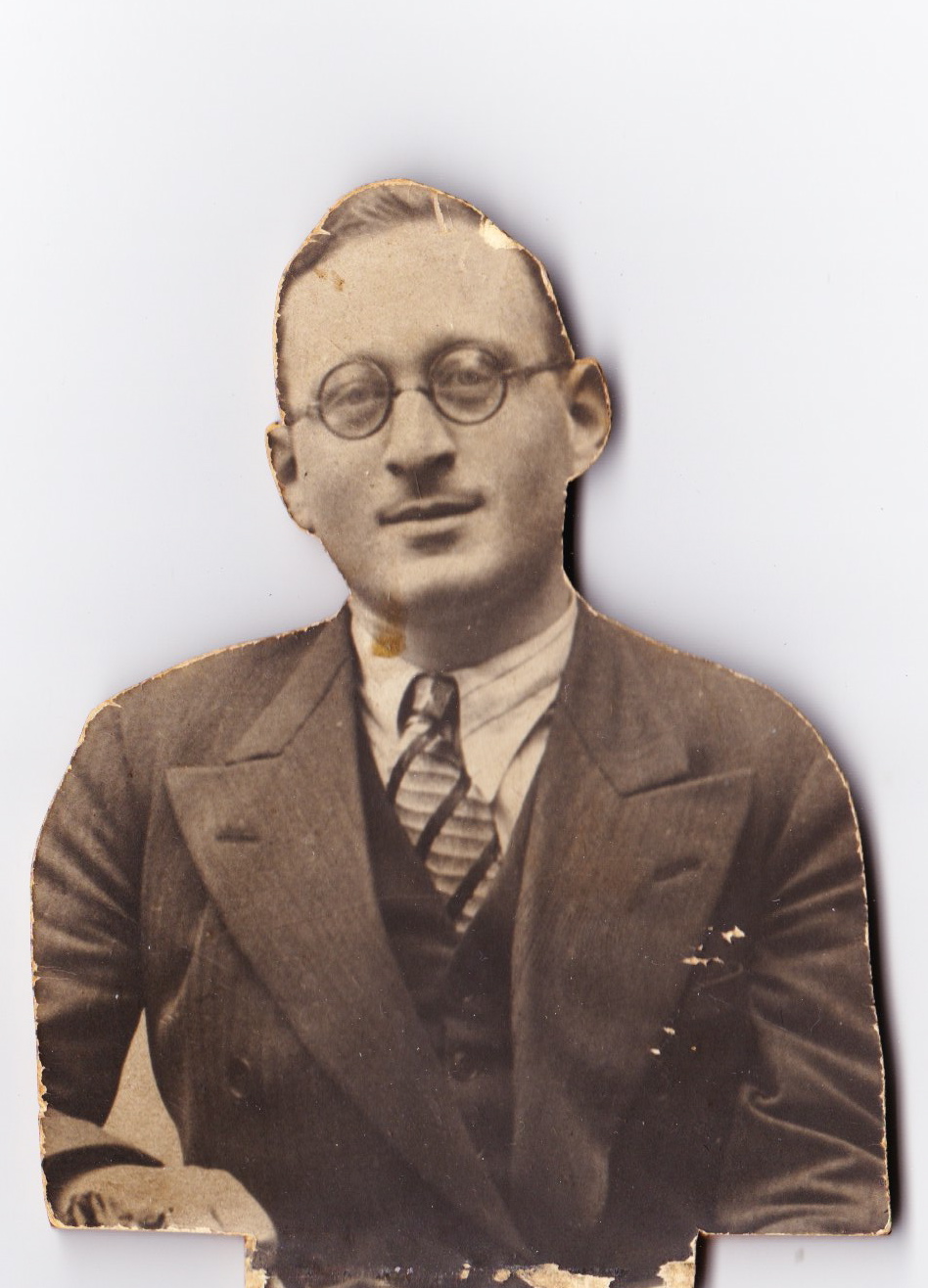 Jacques Gugenheim was born on October 8, 1907 in Quatzenheim (German Alsace), today in the Alsatian department of the Bas-Rhin. He was the son of Rabbi (later to be Chief Rabbi) Max Gugenheim (1887-1968) and his cousin Marta Meier, born in the Swiss town of Baden, who died in 1920, just before Jacques’s Bar-Mitsva. He had three younger siblings: Alice (1908-1965) – the wife of Achille Blum,  Blanche – the wife of Noé Gottlieb, and Ernest (1916-1977) – the husband of Claude-Annie Dalsace, future chief rabbi and director of the Israelite Seminary of France and vice-president of the Beth Din in Paris.

Jacques Gugenheim descended in direct line from several generations of rabbis dating back to the beginning of the 18th century in Alsace1. He was a student at the Bouxwiller High School in the Bas-Rhin department up to graduation. From 1929 he was a teacher2 at the Israelite elementary school in Ingwiller (Bas-Rhin).

In October, 1932 Jacques Gugenheim was inducted into the 150th infantry regiment. Promoted to corporal, he was transferred to the 23rd infantry regiment. He was demobilized on October 5, 1933. He was living at n° 25 rue des Serruriers in Strasbourg (Bas-Rhin) when he was called up again on August 26, 1939 and assigned to the Railway Mobilization Center in the station at Peltre (Moselle department). Taken prisoner at an unknown date and place, he was demobilized at Bitray (Indre department) on July 1, 1942.3

Unmarried, he joined his parents who had fallen back to Vichy (Allier department), where his father, who had been a rabbi in Bouxwiller before the war, was appointed to the Consistory. The Gugenheim family resided at n° 104 rue Nationale in Vichy.

On February 16, 1944 Jacques was arrested in Paris. The reason for his presence in the Occupied Zone is not known.
He was charged with “using a false French I.D. card (law of October 27, 1940, article 7), and tardiness in declaring his Judaism (law of June 6, 1941)”. He was jailed in the prison of La Santé in Paris.

The admission register of the Haut-Clos Penitentiary in Troyes records that he was sentenced in February, 1944 to six months in prison by the 10th Chamber of the Seine department’s (Paris) Criminal Court for having transgressed the laws of October 27, 1940 and of October, 1941. He was transferred on May 12, 1944 to the Haut-Clos Penitentiary in Troyes (Aube department). He was one of the prisoners sent to work in the Cravant underground factory of the Todt organization in the nearby Yonne department, in the former Palotte stone quarry, where German fighter planes damaged in combat were repaired.4

He was deported on July 31st from Drancy to Auschwitz. Selected for work duty, he was evacuated from Auschwitz to Dachau, where he arrived on January 28, 1945. There he was given the I.D. number 139268 under the name of Charles . According to the Drancy file on adults (copy in the Mémorial du Shoah) Jacques was an elementary school teacher in Vichy at the time of his arrest and he had 199 francs on him (search notebook).
According to his Individual Bulletin in the July 3, 1942 inventory of professional activity, a special form designed for repatriated prisoners, Jacques put himself down as a public elementary school teacher giving private lessons at home.

On August 16, 1994 the late Rabbi Daniel Gottlieb, the son of Jacques’ sister Blanche, filled out a testimonial sheet at Yad Vachem to the memory of his Uncle Jacques. On March 20, 1997 Monsieur Henri Cahen, honorary president of the Israelite Cultural Association of Troyes, also filled out a memory form.

Jacques died at Dachau sometime around February, 1945.5 Daniel Gottlieb specified the date of February 12th in his testimony at Yad Vashem.

Family tradition (perhaps from testimony by a surviving deportee) holds that Jacques died of typhus , like so many other deportees at Dachau.