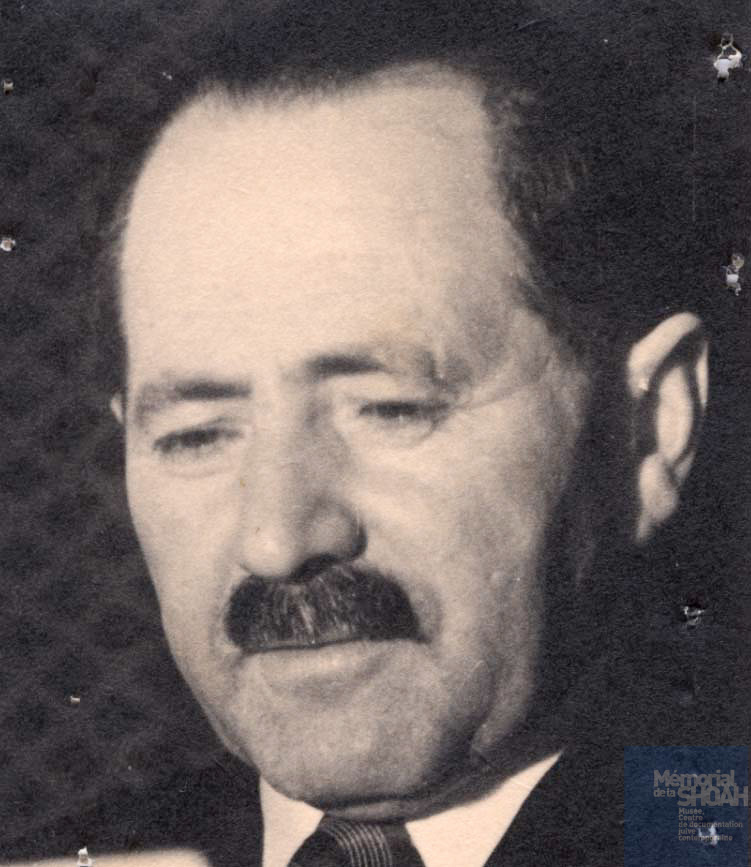 Hermann Hagenauer was born in Weingarten on October 5, 1889. He was the 13th child and youngest son of the family. Like his older brothers before him, he trained as a butcher after finishing primary school. At the beginning of the First World War he was enlisted and awarded the Eisernes Kreuz for his “service to the fatherland” as a Frontkämpfer (front-line soldier).

In 1920 he married Rosa Dreyfuss, born on April 23, 1899 in Schmieheim in der Ortenau, daughter of Viktor Dreyfuss, a merchant, and his wife Sophie, née Grumbacher. After their wedding, Rosa and Hermann Hagenauer chose to settle in the city of Karlsruhe in about 1920/21, where they lived on the 3rd floor at Kaiser-Allee 19. By 1902/3, his older brothers Nathan and David Hagenauer had already opened a butcher’s shop in Karlsruhe. Following Hermann’s marriage, they transferred the business to him. On December 26, 1921, Kurt Siegfried was born; he was to be the couple’s only child. He was then enrolled at the Goethe Realgymnasium when he finished primary school in 1932.

When Adolf Hitler was appointed Reichskanzler, terror spread in Germany in 1933 to such an extent that there were massive and widespread boycott actions against Jewish shops. Retaliation against Jewish cattle dealers and butchers soon began, and in 1933 a ban on slaughter was imposed. As incomes declined in the following months, Hermann Hagenauer must have begun to think about emigration, even before his economic situation became too precarious. However, the decision to emigrate was not taken by him alone. It was related to his family background.

His father, Benjamin, was originally from Alsace. After the Franco-German War and following the peace treaty of 1871, Alsace and Lorraine fell to the German Empire. The citizens then became Reichsdeutsche. Those who did not want to do so were forced to take French nationality and settle elsewhere in France.

Benjamin Hagenauer stayed in his hometown and married Mina Seligmann Fuchs the daughter of a butcher from Weingarten. Their first son, Albert, was born in 1875 in Bergheim, in Alsace. In October 1876, his daughter Bertha was born in Weingarten, where the family later settled and where her father Benjamin then ran a butcher’s shop.

In 1934, the National Socialist government summoned Hermann Hagenauer “to explain himself, and that he was French”, on account of his father’s ancestry. Charles Henry Guérin, French consul in Karlsruhe, “then issued him with a French passport”, wrote his son Kurt many years later during the so-called reparation procedure (Wiedergutmachungsverfahren). Upon his request for access to the 1920 naturalization files, in which he had been granted citizenship of Baden, the Passport and Registration Office informed him that it could not be confirmed that his father Hermann had been naturalized on January 28, 1920 within the German national association because the files were no longer available. However, the following note of 16 September 1935 had been preserved: “Hermann Hagenauer’s naturalization was revoked by decree No. 63123 of the Minister of the Interior of 13 July 1935. The revocation does not extend to the wife, but to the son Kurt.”

Hermann Hagenauer, after his naturalization was revoked in 1935, was no doubt given a date by which he had to leave the country. At the end of 1935, he sold the stock of his butcher’s shop to a master butcher named Baumann for a derisory sum, according to his son. By December 1935, master butcher Reinhold Baumann was already the new owner of the butcher’s shop at Schillerstraße 16. The exact date of Hermann and Kurt Hagenauer’s emigration is not known. His wife could have stayed with her brother-in-law Nathan and his wife Thekla in Vorholzstraße 38, while she waited for her passport to go abroad.

By 1936, the whole family had arrived in Strasbourg. At that time, they may have already begun to use the French spelling of their surname, “Haguenauer”, which the French consul had perhaps already used to issue the French passport. Hermann had become “Armand” and Siegfried Kurt “Claude”. The family could no longer survive on its own means. Hermann Hagenauer found a job as a cattle buyer with a slaughterhouse trader. His initial salary of 3,000 French francs increased in the following years to around 500 Reichsmark. However, by 1939 he was no longer able to carry out this activity. In the course of his work he had contracted a phlegmon, a purulent inflammation. At a time when no antibiotics were available, the inflammation worsened to such an extent that his left arm had to be amputated.

When the civilian population was evacuated at the beginning of the war in 1939, the Hagenauer family moved to Lyon. As for Hermann Hagenauer’s passport, “his identity document did not comply with police regulations, since he was not registered with the police at the time of the registration of French Jews,” and his passport was therefore not marked with a “J,” his son later wrote. To avoid attracting attention, they never left their apartment in Lyon. His son Claude describes his parents’ problems in more detail: “With the occupation of Lyon by German troops in November 1942, the situation … became very critical, because they did not speak French. They obtained false passports; that of Rosa Hagenauer was in the name of Rosine Dreyer. They left their apartment at 78 Avenue de Saxe without giving it up”. They then found refuge with a family called Petitpierre, who lived on rue de la Ruche in Montchat, Lyon. The 21-year-old son Kurt, now known as Claude, worked as a plumber for a company in Lyon called Bodevigie.  He supported his parents financially until his arrest. Some French friends collected their food ration cards and shopped for them, as otherwise they would have been spotted immediately.

Then, however, they were denounced to the Gestapo. On June 26, 1944, Hermann Hagenauer was arrested in the apartment. He was first interned in Montluc, near Lyon, and then transferred to Drancy. Finally, he was deported to Auschwitz on July 31, 1944. He was probably killed immediately upon arrival, because of his amputated arm, and thus his inability to work. The date of August 5, 1944, is mentioned in a number of sources.

His wife Rosa “stayed behind the door of the bedroom, which opened inwards, and thus remained hidden from the Nazis”. From August 31, 1944 she was no longer forced to hide, as France had just been liberated by Allied troops. Claude Hagenauer only mentioned his arrest, which he survived, in connection with his mother’s state of health. He wrote that the arrest of her husband and son had led to “almost complete insomnia”. She was dependent on constant heavy medication, which led to severe kidney damage. Rosa Hagenauer died in Lyon on February 11, 1946, at the age of 45.

In France, Kurt (now Claude) Haguenauer was a member of the Resistance. Today we also know that he was arrested shortly after his father and arrived in Auschwitz via Drancy in August 1944. He was selected to work, and he survived his time at Auschwitz and lived through the evacuation, before being sent to the Mauthausen camp on January 30, 1945. On February 16, 1945 he was transferred to the Gusen camp from which he was liberated on May 5, 1945.

Many thanks to the Stadtarchiv Karlsruhe, who made the biography available for our work, to Greta Hamidi, a German volunteer at the Shoah Memorial in Paris, and to Léon Senner, a student at Sciences Po in Paris.

The original version, in German, can be found here: : http://gedenkbuch.informedia.de/index.php/PID/12/name/1456/suche/H.html

Stadtarchiv Karlsruhe, for making the biography available for our work, Greta Hamidi, a German volunteer at the Shoah Memorial in Paris, and Léon Senner, a student at Sciences Po in Paris. 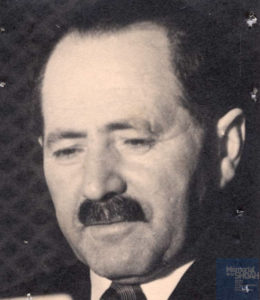