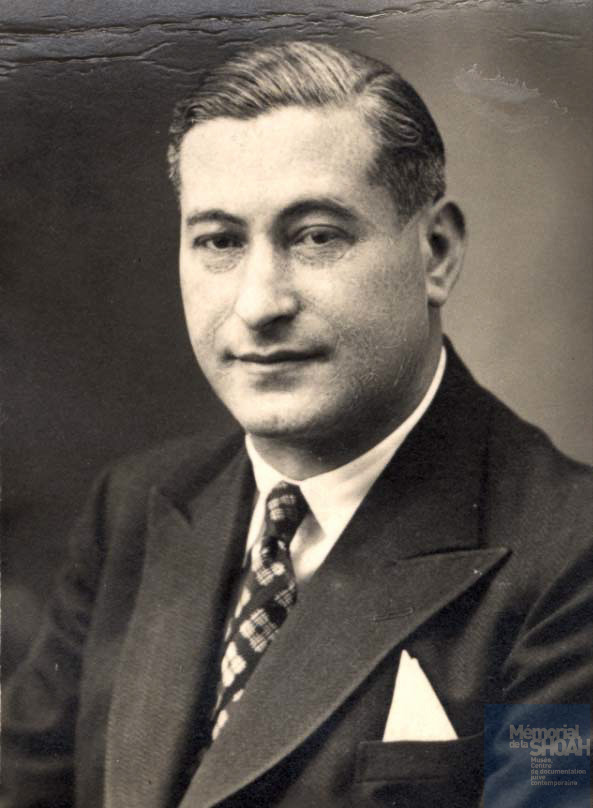 Born on March 26, 1895 either in Berlin or in Poland, Julius Ben Peisach Koronczyk (also called Jules, Juliusz, Joël, Calel) was the eldest of a family of seven children. [1]  His parents, Paul Peisach Koronczyk and Helene Koronczyk, née Kornberg, were born in Warsaw, the city where they married on March 5, 1892. After a first move to Berlin, the family settled in Munich in November of 1898, where they resided from March 24, 1914 at n° 27 Kanalstraße. Although Julius Koronczyk lived only in Germany up to 1936, he was of Polish nationality. His last passport, issued in Munich on May 29, 1932, is stamped with number 888/32.

Julius Koronczyk was a dentist. On January 3, 1914 he married a Protestant bank teller named Julie Rein. Their wedding took place in the Islington registry office in London. As the newlyweds were registered as residents of Munich as of January 15, 1914, it seems likely that Julius Koronczyk traveled to London solely to get married. In Baden-Baden on May 15, 1918 his wife gave birth to a son, Alexandre, who was to be their only child. No later than 1930 the couple no longer lived together in the same apartment. Their divorce was pronounced on February 22, 1940 in Munich. On November 14, 1935 Julius requested a 2-3 month visa from the French consulate in Stuttgart, to visit his brother, Jacques Koronczyk[2], who had been living in France since 1933, working as a salesman for a Czech company. At the consulate Julius Koronczyk declared that he could no longer work at his profession in Germany and that he wished to go to the Soviet Union after his stay in France. He indicated that he would have sufficient resources to finance his stay in France. At that time he was already living at n° 93/2 Johannesstraße in Stuttgart.

On June 15, 1936 he was given a 1-month transit visa, and on June 24, 1936 he went to Paris via Strasburg and moved in with his brother at n° 8 rue Cannebière. Once in France he requested the French authorities to extend his stay until the end of September and for authorization to spend 3 weeks in Vichy as a tourist. He declared that he would leave France after that. On August 21, 1936 his right to stay was prolonged. On October 27, 1936 he asked for an unlimited residence permit so as to settle permanently in Paris, as his political views made it impossible for him to live in Germany or in Poland. In addition, his Jewish religion made a return to Germany difficult. Moreover, Julius Koronczyk stated in his request that he had already forged links with France, that he held the country in high esteem for its hospitality and its regard for human rights, including the right of asylum. Besides that, he affirmed his ability to finance himself.

At first the Interior Ministry rejected his request on November 16, 1936, but then it changed its mind on December 9, 1936 on the basis of new information in his file and his lack of any police record. This reversal was also due to the Ministry of the Interior’s realization that Julius Koronczyk was a German antifascist intellectual involved in setting up a foundation in memory of Heinrich Mann and Henri Barbusse. He was thus granted a residence permit with permission to exercize a liberal profession.

His son Alexandre also emigrated on March 12, 1937 and rejoined his father in Paris. On the same day the prefect of police informed the “International League against Antisemitism” that their member, Julius Koronczyk, had been issued a residence permit without the right to work in France.

Then Julius Koronczyk moved, first to n° 78/II rue Maistre, and afterwards to n° 75 rue de Vauvenargues in the 18th district. Meanwhile he was engaged to Henriette Wiene. His brother, Jacques Koronczyk, was detained after the German invasion of Poland in a camp for German exiles at Villeron (Loir-et-Cher department), because the French authorities were afraid he was part of what was then called the German fifth column in France. After that Julius Koronczyk wrote a letter to the Ministry of the Interior beseeching his brother’s liberation. His brother may have already volunteered for military service on July 20, 1939, even before the war started; it is also possible that he had requested French citizenship since 1937, and that he had a daughter, Yvonne Hélène Koronczyk, who was born with French nationality. Jacques Koronczyk was freed on December 23, 1939 thanks to his daughter’s nationality.

From the petition to the Ministry of the Interior it is also shown that Julius Koronczyk had also volunteered for the exile Polish army. He asked to be informed of his brother’s liberation before he and his son left to fight for the French and Polish causes.

On July 31, 1944 he was deported in the last convoy from Drancy to Auschwitz. There all trace of him is lost. The commemorative register of the Yad Vashem Memorial indicates “gas?” as cause of death.

His son Alexandre, who was also a dentist, enlisted in 1940 in the Foreign Legion in order to avoid arrest. After France’s capitulation in 1940 he had to return to mainland France, where he managed to obtain a work permit as a farm laborer in the village of Morlaas in the unoccupied zone. At the village inn he met his future wife, Lily Einstein, whom he married in December of 1941.

In August of 1942 the police secretly warned them of a roundup scheduled for the next day to send all the young men of the village to German work camps. The young couple decided to hide in a neighbor’s hayloft, where they remained concealed during the roundup. Using false papers they then attempted to reach Switzerland, about 1000 kilometers from their home, on foot and by train. When they got to the shore of Lake Geneva a fisherman took them by night with two other refugees over to Lausanne on the other bank. On September 18, 1942 they were at last on Swiss soil and were interned for two [weeks?]  in different work camps despite being married. Thus, in October, 1942 Alexandre Koronczyk was billeted in the barracks of the Birmensdorf camp.

After the war in 1945 Lily and he walked back to Paris, where they lived for three years. It was in Paris that Alexandre learned that his father had been arrested during an identity check and deported to Auschwitz in the last convoy.

With the aid of his wife’s sister, Gisela Levy, Alexandre and Lily Koronczyk immigrated to New York, leaving from le Havre on April 7, 1948 on the steamer “De Grasse”. They arrived in the United States on April 16, 1948.[5] From there they settled in San Francisco.

Because of his father’s murder Alexandre filed charges against the Federal Republic of Germany, undertaking a compensation procedure before the Berlin “Wiedergutmachungsämter” (Indemnization Bureau) from 1963 to 1973. He ended up winning the suit.

Alex Koron, as he called himself after immigrating to the United States, died on March 5, 2002 in Desert Hot Springs, California.

[1] His first name varies according to the historic sources. In the German documents is found the name “Julius”, whereas the French documents indicate “Jules” or “Joël, known as Jules” (cf. Verschwundenakte F3 1945). His exact birthplace and country of birth cannot be certified either. While most of the documents indicate Berlin as his birthplace, the Verschwundenakte F1 1945 indicates that he was born in Poland. Despite searches in the Berlin and Polish archives, this information cannot be positively affirmed.

[2] In certain documents Julius uses the name “Jak for his brother.

[3] The Verschwundenakte F1 1945 indicates the exact date of his arrest. According to the Akte Arolsen 1 1955, the Veteranenministerium F 1946 and the Verschwundenakte F3 1946, Julius Koronczyk was arrested in April, 1944. According to the Akte Arolsen 3 1955 and the Arrestbogen Drancy, the arrest took place in May of 1944. In the commemoration book of the Jewish community of Laupheim, from which Julius Koronczyk’s daughter-in-law came, the arrest is indicated as in 1943.

[4]We have carried out research on the biography of Julius Koronczyk’s son in order to obtain more information about his father. But unfortunately we have been unable to find any members of the family who could have answered further questions.

[5] Information transmitted in an e-mail by a woman working in Munich’s city archives. 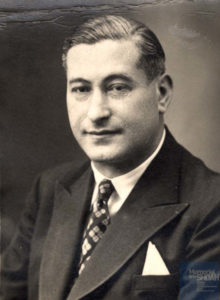