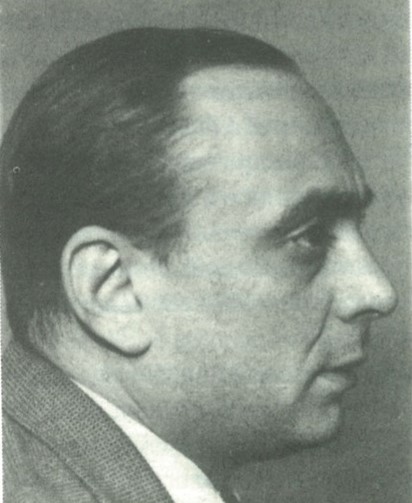 This biography is reproduced from the book by Alexandre Doulut and Sandrine Labeau entitled “Les 473 déportés juifs de Lot-et-Garonne“ (The 473 Jewish deportees from the Lot-et-Garonne department) Coedition Après l’Oubli- LES FILS ET FILLES DES DÉPORTÉS JUIFS DE FRANCE, Paris, 2010 (THE SONS AND DAUGHTERS OF THE FRENCH JEWISH DEPORTEES). Our thanks to the authors for their kind permission to reproduce the text and the photograph.

Kasriel JOFFE was born on April 5, 1907 in Vitebsk (a city located in the Russian Empire at the time of his birth, but in Lithuania between the world wars and in Bielorussia today). Born a Russian citizen, he became Lithuanian when that country gained its independence in 1918. His parents were Simon Joffe and Feïga, née Chnere. His wife was Beila, née Misroch on March 12, 1912. Two children were born of their marriage: Anatole was born in Uccle, Belgium on September 1, 1932, and André-Daniel was born on June 30, 1941 in Nérac, France. An engineer specialized in heating units, Kasriel Joffe immigrated to Belgium in 1925. Later the Joffe family took Belgian citizenship. In Brussels Kasriel worked for the “Société de Construction de Matériel Thermique” (Thermal Equipment Construction Company).

Fleeing before the German invasion of Belgium in May, 1940, the Joffes settled in Nérac in the Lot-et-Garonne department (in the villa Georgette), where a colleague in the company where Kasriel worked in Belgium was a refugee. This man, Monsieur Parent, self-employed, took on Kasriel Joffe in November, 1940 at his “Parent Establishments”, an enterprise located on the rue Séderie.

In July of 1941 Kasriel Joffe filled out for himself and his wife a census form for Jews. He indicated, however, that he did not know his position under the law of June 2, 1941: “due to the interruption of the mail services, it is imposible for me to obtain precise information about the religion of all our parents and grandparents”. He explains that he has nevertheless filled out this declaration for his wife and himself, but not for his children, as the law provides for punishment in case of “inexact declarations”.

In March of 1942 the family was assigned to house arrest in Castillonès. But Monsieur Parent intervened with the Prefecture to have that decision nullified. At the time of the major roundup of foreigners in the Free Zone on August, 26, 1942 the four members of the Joffe family were on the lists of those to be arrested by the Nérac police. Did Monsieur Parent once again intervene? For whatever reason, they eluded deportation, but the respite was to be of short duration for Kasriel Joffe. On February 20, 1943 the police showed up at his home and took him away. Two thousand foreign Jews between the ages of 16 and 65 were rounded up all over France in February, 1943 by demand of the Germans in reprisal for the assassination of two officers in Paris. Taken to the la Couronne concentration center in Boé near Agen, he was then sent to the Gurs camp and interned in barracks n°7 in block F. Once again Monsieur Parent intervened, sending several letters to the commander of the Gurs camp to get his employee freed. He furnished all the required administrative documents (a certificate of lodging, a certificate of residence, and an attestation of employment) for the liberation of Kasriel Joffe, which occurred on March, 25, 1943.

On September 9, 1943 Kasriel Joffe was once again arrested. This time the roundup organized by the Prefecture was for the purpose of sending foreign Jewish males to work in the Todt organization. Gathered at the Noé camp in the Haute-Garonne department, they were assigned to the GTE 513 at Muret, but they remained there only a few days. On September 29th they were transferred to the GTE 212 at Martigues and put to work on different jobs of the Todt organization. Kasriel Joffe seems to have been assigned to the Malaval camp in the Bouches-du-Rhône department. On May 11, 1944, on the order of Aloïs Brunner, the Jews at this GTE were imprisoned in Marseille, and then sent to Drancy on May 19, 1944. Upon his arrival at the transit camp in the Paris region he declared that he was a Swedish citizen and thus exempt from deportation. That could explain why he was not deported immediately or in the following days (in the convoys that left on May 30 and June 30). It was on July 31, 1944 that Kasriel Joffe wa sent to Auschwitz-Birkenau in Convoy 77. 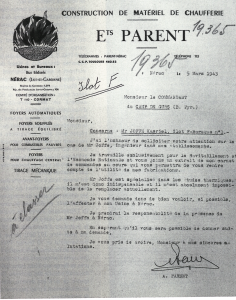 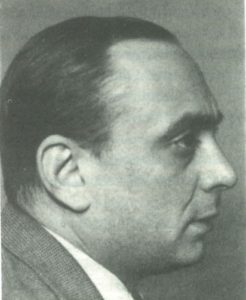