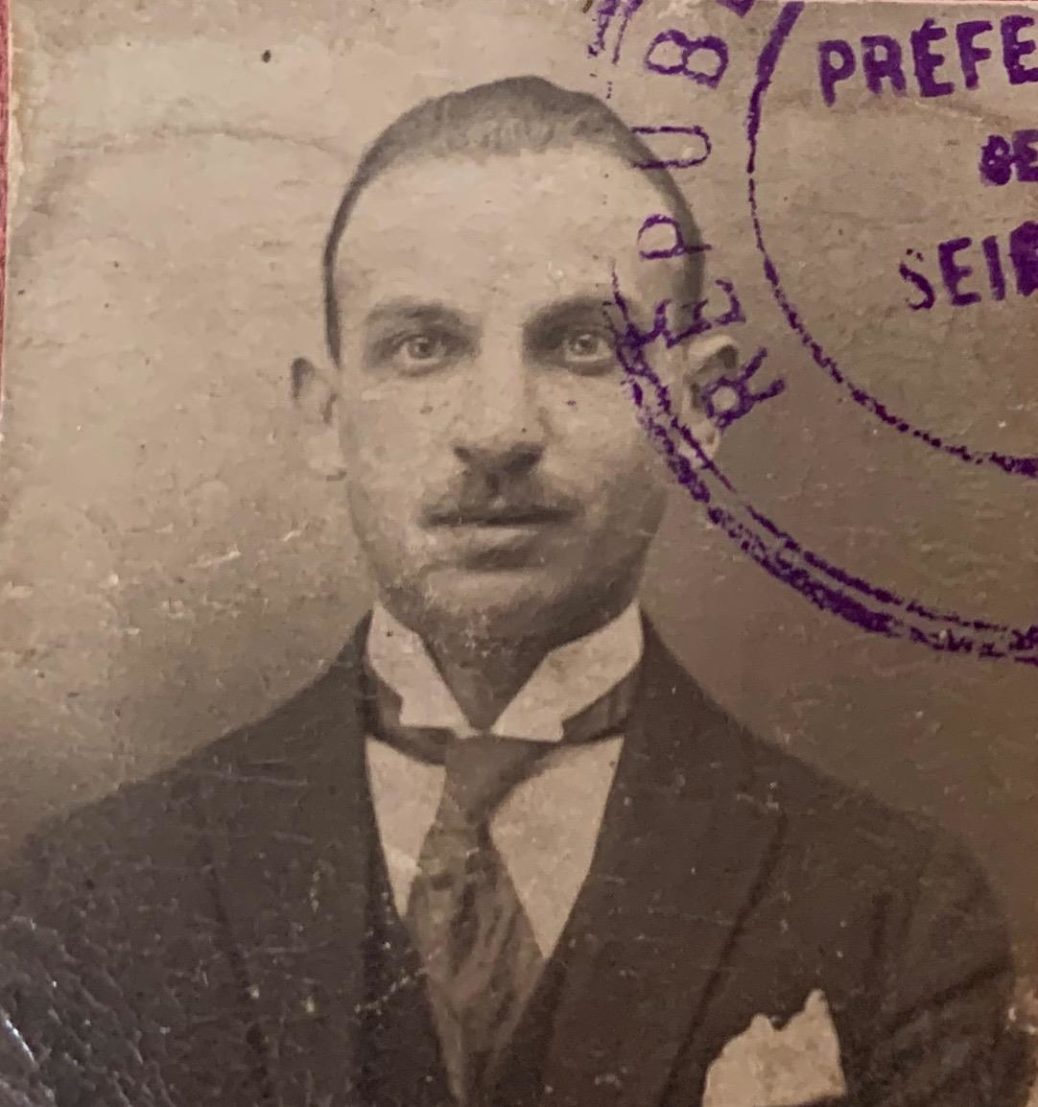 This biography is the result of a collaborative workshop project carried out in 2019 and 2020 by students from the Alexandre-Dumas high school in Saint-Cloud, to the west of Pairs. In addition to the file of documents provided by the Convoy 77 project team, the biography is based on consultation of the archives of the Police Headquarters, the civil registers in Saint-Cloud and Paris and an interview with Gérard Trokiner, Joseph Brodsky’s nephew.

From a French transcription of his birth certificate, made at the time of his first marriage, we know that Joseph Brodsky was born on May 27, 1890 in Uman, in the Russian Empire (now in the Ukraine). According to information provided by his sister Raymonde in a letter in 1945, after her birth in Jaskov in 1901, their parents, Sukhar and Sarah, decided to migrate to France. They left in 1904.

Their reasons for emigrating are not known exactly, but we must remember the context in which they made the decision: the anti-Semitic violence that took place in Russia at the end of the 19th century. For example, on March 11, 1904, the newspaper L’Univers Israélitereported that the 11th century synagogue in Uman was burned down, resulting in the loss of some ancient Torah scrolls.

There are only a few archived records available, in particular those held in the Paris civil registry, to help us retrace the broad outlines of Joseph Brodsky’s life in France.

We thus discover that on November 7, 1912, at the age of 22, Joseph Brodsky married Cécile Weinberg, also 22, an emigrant from Russia. Her parents were grocers living on rue Montcalm, in the 18th district of Paris. The marriage certificate shows that Joseph’s parents were unemployed at the time and lived on rue des Deux Ponts in the 4th district. We also discover that Joseph’s mother, Sarah, did not sign the marriage certificate since she was unable to write. Joseph, meanwhile, is described as an engineer by profession. He probably trained in France, but we do not know where.

Until his subsequent marriage, to Dora Choel, in 1935, the information is patchy:

His third marriage took place on June 29, 1935 at the town hall in the 17th district when, at the age of 45, Joseph Brodsky married Dora Choel, a 19-year-old immigrant from Salonika, in Greece. The marriage certificate shows that Joseph’s parents were deceased. Joseph was living on rue Nollet in the 17th district at the time, and it was there that the newlywed couple decided to stay, according to the 1936 census of the Batignolles district. At the time, Joseph was known as Jean, but the census shows that was born in 1890, was an engineer originally from Russia and had become a French citizen by naturalization.

On July 7, 1944, Joseph was arrested. He was at 52 rue de Rome, in the 8th district, when the French police came for him because he was a Jew. A letter from his sister, Raymonde, explains that Joseph had gone to his store to see his saleswoman. According to her, her brother was the victim of a tip off to the Gestapo. Joseph and his wife Dora had been living under false identities in an attempt to escape antisemitic persecution. Joseph Brodsky was using the name of his brother-in-law Maurice Ciline, who left France for New York in 1939 with his wife Raymonde, Joseph’s sister. The racial motive for the arrest was corroborated by witness statements from two neighbors, Jeanne Bilottet and Marthe Luciani, collected in 1952.

Joseph Brodsky was initially taken to rue des Saussaies, no doubt to be interrogated by the Gestapo, and was then interned in Drancy camp on July 10, 1944. The receipt issued on his arrival in Drancy, I the name of Jean Brodsky, shows that 1013 francs in cash and a white gold ring were taken from him.

According to the archives, based in particular on the testimony of two other Convoy 77 deportees, Simon Razon, and Abraham (Avram) Michon, who was married to a sister of Dora Brodsky (Riquetta), Joseph Brodsky died on January 22, 1945, near the Gross Rosen concentration camp (in present-day Poland). He was 54 years old. The Gross Rosen camp, which took in deportees who had been evacuated from Auschwitz starting on January 16, 1945, was liberated by the Soviet army on February 14, 1945.

In May 1945, Joseph’s sister, Raymonde, who had moved to the United States with her husband Maurice Ciline in 1939, wrote to François Rosenauer, a former internee from Drancy who was involved in the identification of the victims, to try to find out what had become of her brother.

On October 29, 1953, as a result of Dora Brodsky’s efforts, the Ministry of Veterans Affairs and War Victims granted Joseph Brodsky the posthumous title of political deportee. Then, on July 17, 1954, he was officially recognized as having “Died for France” 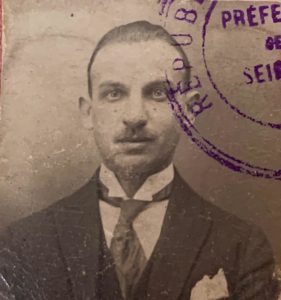 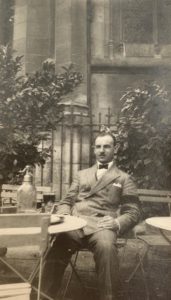