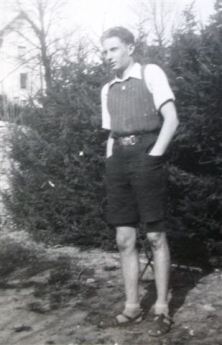 Jacques Léon Lubetzki was born on July 10, 1928 at his parents’ home at n° 7 rue Jean Menans in the 19th district of Paris.
His father Albert Lubetzki was a Doctor and Commandant in the Paris Garde Républicaine, and his mother Lucy LÉVY was a housewife.

(Source of the document below: Jacques LUBETZKI’s I.D. card, dated July 3, 1944, four days before his arrest. Jacques never went to pick it up at the Billy Town Hall. Source: Billy Municipal Archives.

In 1942 his father was suspended without pay because he was a Jew, and the family took refuge in Nice in the Alpes-Maritimes department, where Jacques was enrolled in the Lycée Masséna. He was removed from the school’s register on December 31, 1943.

According to the Billy Municipal archives the LUBETZKI family arrived in Billy (Allier department) on March 15, 1944 and took up residence on the rue des Remparts.

The family filed a request for a rations card.

(Source of the document below: Billy Municipal Archives)

His parents were arrested in Vichy on June 23, 1944 by the POINSOT Brigade of the French police and then released on the 27th. On June 28th they were summoned to the offices of the Gestapo and held prisoner.

Jacques and his sister Janine were arrested on July 7th in Billy by the Gestapo and joined their parents in Vichy.

They were interned first in Vichy and then in the Mal-Coiffée German military prison in Moulins.

Jacques was selected for work duty and liberated on January 27, 1945 by the Russians. He testified that he was subjected to forced labor, but managed to escape on his second attempt.

He was declared a “ward of the State” as a war orphan in a decision handed down by the Civil Court of the Seine Department (Paris) on March 12, 1947.

He died on November 20, 1950 in the 17th district of Paris, according to that district’s public records.

His name figures on the plaque put up by the AMEJDAM on Nice’s Lycée Masséna on March 16, 2007.

(Photo below transmitted by Michèle Merowka. Our thanks)

– Our thanks to Henri Breux, town councillor of Billy, for his kind help. 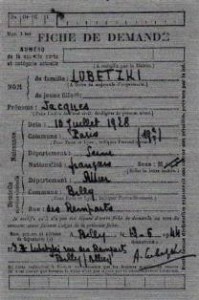 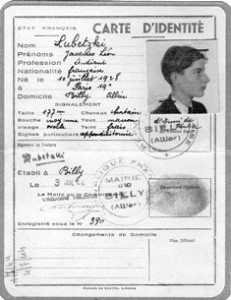 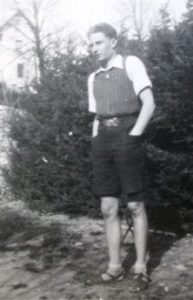