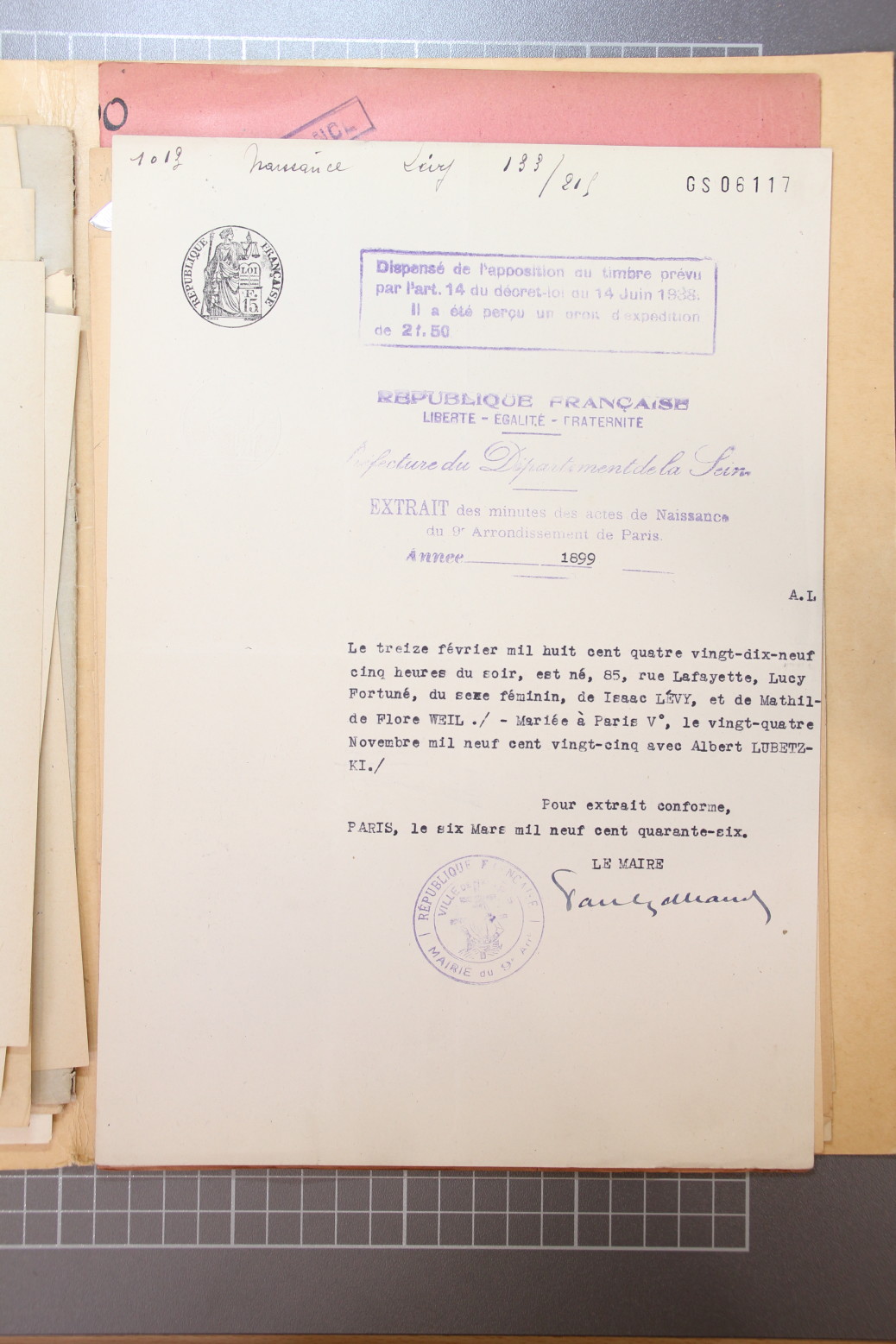 Lucy Fortuné LUBETZKI née LÉVY was born on February 13, 1899 in her parents’ home at n° 25 rue Lafayette in the ninth district of Paris. Her father Isaac LÉVY was an industrial engineer, and her mother Mathilde née WEIL was a housewife. Lucy married Albert LUBETZKI on November 24, 1925 in Paris’s 5th district, and they had two children, Jacques and Janine.

In 1942 her husband Albert, a Doctor and Commandant in the Paris Garde Républicaine, was suspended without pay, and the family sought refuge at Nice in the Alpes-Maritimes department.

According to the Billy Municipal Archives the LUBETZKI family arrived in Billy (Allier department) on March 15, 1944 and took up residence on the rue des Remparts.

(Source for the document below: Billy Municipal Archives)

Lucy LUBETZKI and her husband were arrested on June 23, 1944 by the POINSOT Brigade of the French police and then released on the 27th. On June 28th they were summoned to the offices of the Gestapo and held prisoner.

They were first interned in Vichy, where their children, arrested by the Gestapo on July 7th in Billy, joined them. They were transferred to the Mal-Coiffée German military prison in Moulins (Allier department), and finally transported on July 14, 1944 to Drancy.

Her name figures on the Billy War Memorial Monument.

(Photo: AFMD of the Allier department)

“Died in deportation” according to the decree of the State Defense Secretariat dated September 16, 2008 and published in the Journal Officiel n° 251 of October 26, 2008.

– Our thanks to Henri Breux, town councillor of Billy, for his help.