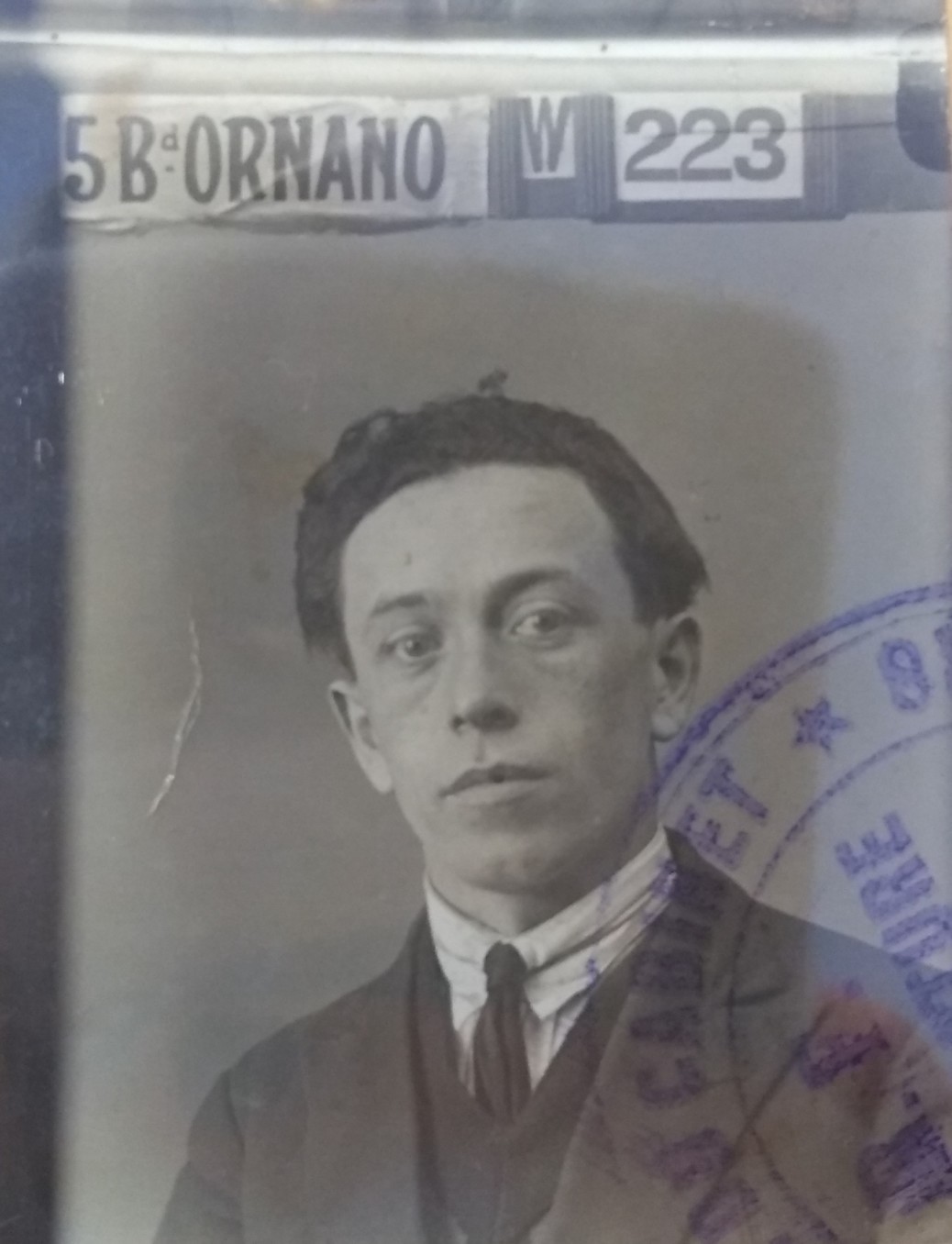 The photo opposite is taken off the receipt for his request for a national I.D. card in 1927.

The spelling of the names Lajbus Manowicz which is used in this biography comes from his dealings with the French administration, i.e. the traces he left in the archives.

Lajbus’s life was deeply bound up with his family and cannot be written without including them: Sarah, his wife; their two sons, Henri and Joseph, with whom they were deported; and Isidore, their first-born son, who died in 1938.

The itinerary of this Russian couple before their arrival in France in 1920 [2], is quite fuzzy. Following a misunderstanding on application  at the Russian consolate for an identity card on March 24, 1920 it was stated that Lajbus was a war prinsoner in 1916 and then a civilian in Kehl, Germany for two years. That was to prove false, but it can be supposed that Lajbus spent some time in Germany before coming to France, which would partly explain how the mistake arose[.3].

On April 10, 1920, barely a month after he arrived in Paris, the Paris Police Préfecture ordered Lajbus to leave French territory for Brussels. For nearly a year and a half he disappeared from police records, living on the rue Jouy with Sarah and Isidore and working for the tailor Wakermann (rue du Faubourg Saint Martin). On March 2, 1921 he was reported by the police department’s bureau of surveillance of furnished accommodations, and the authorities once again told him to leave France. This time, he declared, he went as told to the Belgian border on March 19th, but having no passport he was turned back and returned to Paris. Then he had four days to get himself a passport and get out. He hid out again in a furnished room located on the rue Laghouat and changed his first name to Labisch, profession mechanic, born on February 27, 1897. But he was discovered on March 22. On April 18 he went to the Préfecture, declaring that he had contacted the Polish consulate in order to obtain passports, but he had no birth certificate, without which the procedure entailed a charge of 720 francs, an exorbitant sum for a couple with a modest income and a 5-year-old child. He asked for an 8-week delay. This cat-and-mouse game with the police was most probably a ploy to stay with his companion and his son and not have to leave alone.[4]

While trying to dodge expulsion his name was altered from Leibocesh to Leibousk, then Labisch. Thence came the name regularly used by the administrative services for over twenty years: Lajbus (or Labjus when the agents misspelled it).

The details of the following months are not precisely known, but on July 4, 1921 Lajbus and Sarah for the first time declared their residence in Paris. The couple got married on July 13, 1925 in the town hall of Paris’s 18th district[5] and affirmed having lived for more than two years on the impasse Letort. A few months afterwards, on January 19, 1926, another son Henri was born, followed by Joseph several years later, on November 29, 1934.

In a report dated December 1929 the Préfecture at last decided that given the “information gathered and his family situation” Lajbus and his wife could be naturalized, which took place on the following May 2nd[6].

On May 14, 1941 in a report on “Jewish businesses” the General Commissariat for Jewish Matters decreed Lajbus’s commerce — a stand for men’s clothing on the market at 134 rue Michelet in Saint-Ouen — to be “of no economic interest” and therefore “to be liquidated at once and without delay”[10]. This aryanization was carried out by a provisional administrator, a Monsieur Schuttler, who sold the place and what merchandise was left on August 12, 1941 to Nestor Grolleau, a French “Aryan”, who was certified “no relation of the Israelite“[11].

After his commerce was liquidated Lajbus worked at home, 102 rue Doudeauville in the 18th district, as a tailor for the Fagebaum firm[12].

In 1943 an enquiry was opened to find out whether the Manowiczes could keep their French citizenship or if they should be denaturalized. On October 5th a Paris Police Préfecture report recommended their citizenship should be maintained[13].

On July 23, 1944 they were all four — Lajbus, Sarah, Henri and Joseph — arrested and interned in the Drancy camp until their deportation on July 31st in convoy 77. None of them were to come back.

Upon their arrival at Auschwitz Lajbus and Joseph were sent directly to the gas chambers[14]. As for Sarah, she was let into the camp with Henri, who was sent off on October 28th to Stutthof and then to Hailflingen in November. He was declared dead on December 29, 1944, supposedly of some heart failing and was probably incinerated in the crematorium of the Reutlingen cemetery[15].

Their names are today inscribed on the Wall of Names of the Mémorial of the Shoah next to Laybus, probably a cousin of Lajbus’s, with whom he is often confused. (Laybus was also a tailor born in Strykow)[16]. No doubt on account of this cousin, Lajbus’s name was regularly changed to Laybus until it was completely Gallicized to Léon in his file at the Ministry for Veterans.

In 1948 Maszek (aka Maurice) Bocian, who claimed to be Lajbus’s first cousin, launched the procedure for him and his family to be recognized as “never returned” and to at last establish their death certificates[17]. He also asked to recuperate the merchandise and the business that Lajbus had owned[18]. Moszek Bocian, through his lawyer, Monsieur Fischgrung, succeeded in recovering the goods of which Lajbus was dispossessed, and although he was not given back the market spot, he was allotted 1,000 francs per month to pay rent on it.

[2] Poland was divided up from 1772 to 1918 between the Russian Empire, Prussia, and Austria. Strykow was located in the Russian section after 1795. In 1920 Poland recovered its independence (June 1919, Little Treaty of Versailles) and remained in conflict with Russia, with the Soviet-Polish War beginning shortly thereafter (1919-1921).  After the German, Slovak and Russian invasions in 1939 the country was again parceled out, which explains some of the administrative problems to come.

[12] Report by the Domestic Intelligence Service of June 10, 1943: “former merchant of men’s clothing, 136 avenue Michelet in Saint-Ouen, the person concerned has been working at his home for about a year as a tailor for the Fagenbaum firm” file Ia135, arch.cit. 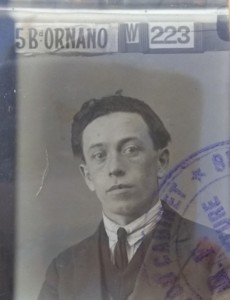