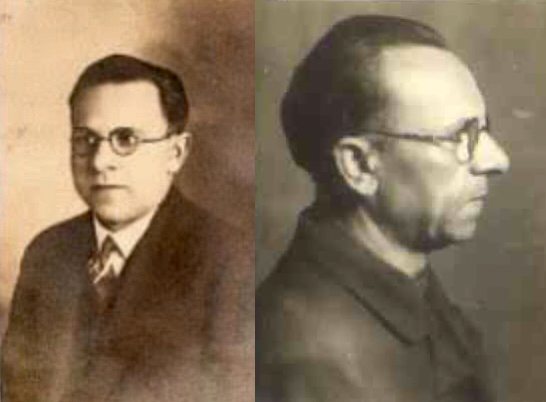 Paul Bielschowsky was born 12 August 1891 in Neisse, in the Oppeln district, in Upper Silesia (Germany in those days), Nysa today within the Opole Voivodeship which lies southwest of Poland but was German at the time. He is the son of Wilhelm Wolf Bielschowsky (10 March 1851, Loslau – 22 January 1940, Cosel graveyard, Breslau) and of Mathilde, born Heyman (4 September 1868, Gleiwitz – 10 June 1933, Cosel graveyard, Breslau). His father first starts as a baker and, then, goes on to work in the grain trade. Paul has a younger brother called Richard who was born in 1895.

As an adult, he lives in Dantzig (Gdansk nowadays) where he works as a trader but leaves Berlin for France to escape from Nazism in August 1933. Apparently, he lived divorced from Eugenie Lang and did not have any children. He settles down in Nice where he sells household items and resells a special kind of rye bread, first Boulevard Gambetta 16 and later Rue Alberti 13. It is there that he is arrested because of his Jewish origins. He is sent to the Drancy internment camp 12 July 1944. It is there that he is divested of the 345 francs he still owned. On July 31, he is deported eastward on the 77 train convoy, composed of cattle wagons. Ironically, the convoy passes through Neisse, his birthplace to eventually reach the Auschwitz concentration and extermination camp on August 3. Paul is not sent to the gas chambers right away but is registered under his prisoner’s reference number B-3688 which is tattooed on his arm. His name and reference number appear in the surgical service register on 11 September 1944 which lists the various operations performed at surgical unit 20 in the Auschwitz I hospital. The diagnosis is ‘Abscessus thoracis’ and is performed by a surgeon who is also an inmate, a Polish political prisoner. The date of his death is unknown.
His brother Richard, a Berlin lawyer, passes through France with his wife Edith, born Bucka, and their daughter Sylvia on their way to New York, boarding a ship at Le Havre 14 December 1934. Once in the USA, they change their name into ‘Beal’ and become American citizens. Their descendants are today the only relatives to be closely related to Paul.

– MyHeritage.com & Geni.com (data provided by a descendent of Paul Bielschowsky):

– Records held at the Auschwitz-Birkenau Memorial and Museum 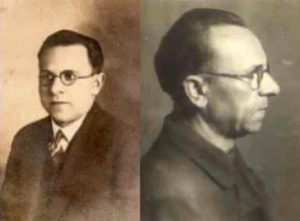 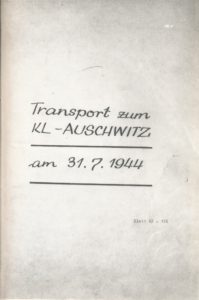 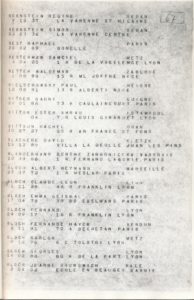