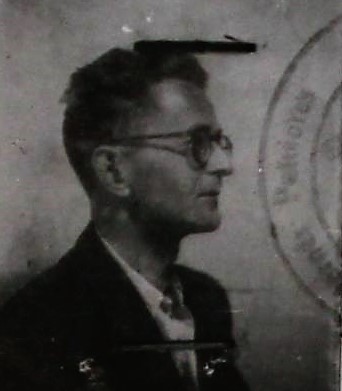 Biography of Salomon ZILBER, born on January 20, 1904 in Skaudvilé, Lithuania.

This project was carried out by a 10th-grade class of the Prins Henrik French High School in Copenhagen, Denmark, under the supervision of Madame Lechat and Monsieur Terrasson.

We are a 10th-grade class at the Prins Henrik French High School in Copenhagen, Denmark. Since the end of October, 2018 we have done research on a Jewish deportee with a view to writing his biography for the Convoi 77 Association, which wishes to make known to the public the lives of those deported in the last convoy from Drancy to Auschwitz in July of 1944. To look into the life of the deportee Salomon Zilber we have been able to lean on the information in numerous archives whose access was provided by Convoi 77. With all this information, for reasons of efficiency, we split the work up between several groups, who dealt with country of birth, family life in France, arrest, journey after the Liberation, and life after the war. In addition to the archives we have also relied on the Internet. Finally, one group contacted the members of Salomon Zilber’s family, while another consulted the Association of the Sons and Daughters of the Jews Deported from France, and still a third group got in touch with a company for which he worked.

Salomon Zilber’s life in Nice before his arrest

Once in France, Salomon Zilber resided with a family at n° 6 rue Bonaparte in Nice until 1944. He worked as an office employee for the American travel agency, Palestine & Orient Lloyd, founded in 1933 at n° 16 boulevard Joseph Garnier in Nice (Source 3: Allowance Allocation Request). We have no other information on his job as the company has no archives for the period. Before his arrest he was about to marry Miss Renée T. (illegible family name), according to the minutes of the clerk for the Justice of the Peace for the Ninth district of Paris (Source 4: Court clerk’s minutes 1).

“In July of 1944 I was arrested by the Gestapo in Nice, transferred to Drancy, and deported on July 31, 1944 to the Auschwitz concentration camp. I was liberated by the Russians at the end of January, 1945, but not repatriated to France until May 10, 1945.” (Salomon Zilber, Tel Aviv, January 24, 1956, file on compensation for deportees. Source 1: Indemnity file). While the SS officer, Alois Brunner, organized many roundups, i.e. mass arrests of Jews, at the end of 1943 and the beginning of 1944 in Nice, Salomon was not arrested during these roundups. According to the Ministry for Veterans and War Victims, his legal Nice address was n° 34 rue de l’Impératrice at the residence of a certain Madame Bailet. One thing is certain: Salomon Zilber was arrested in Nice on July 5, 1944 under the name of Henri Raybaut. He arrived at Auschwitz on July 31, 1944 (Source 2: Allocation Request 3).

According to the documents attributing an allowance to the deportees or political prisoners in the archives of the Ministry for Veterans and War Victims he was living with a woman named Aline Raybaut and claiming to be her husband before his arrest. He was denounced and arrested by the Gestapo because he was Jewish, and Aline Raybaut was also arrested for hiding him (Source 3: Allowance attribution request).

After Salomon Zilber’s imprisonment at Auschwitz, about which nothing is known, he was sent on a long, roundabout journey to Odessa. Louis Suarez’s testimony, entitled “1939-1945 Sept années volées à ma jeunesse : Un soldat français en Prusse” [1939-1945 Seven Years Stolen from My Youth: A French Soldier in Prussia], 2013, written by Marie-Ange Bartholomot Bessou, can give an idea of the route undertaken by S. Zilber. Louis Suarez was arrested in East Prussia and then deported to a concentration camp. During the death marches, as the Russians advanced at the end of World War II, the Nazis moved their prisoners west, forcing them to walk in the cold of January. Mr. Suarez was later freed by the Red Army. After that he was transported by the Russians by train to various places, to end up at Odessa, where the repatriation of some of the deportees was arranged.

As Salomon Zilber was a prisoner at Auschwitz he may well have had a similar fate, including participation in one of the death marches from Auschwitz-Birkenau. The Auschwitz prisoners had to walk westward, to Loslau, Poland in this case. Shortly thereafter the camp was liberated by the Allies (Russians and Americans) following the Nazis’ capitulation. Some of the prisoners liberated there were taken to Kiev in Ukraine, and from there to Odessa to embark for Marseille. We know that Salomon Zilber took a boat from Odessa to Marseille, where he arrived on May 10, 1945 (Source 5: Repatriation).

Salomon Zilber was repatriated to Marseille on May 10, 1945 and lived in Nice, according to his political deportee card, up to his departure for Israel in 1951. He took up residence at that time at n° 14 rue Hakovshim in Tel Aviv (Source 6: Tel Aviv). He obtained a French political deportee card, on which we found his address, dated December 10, 1956 (Source 7: Deportee card). He also probably received an allowance of 12,000 francs from the French state (Source 8: Allowance allocation). Indeed, according to article 2 of the decree n° 53-103 of February 14, 1953 dealing with the allocation of an allowance to deportees and political prisoners (Source 9: Journal Officiel), the sum allotted to political deportees, as S. Zilber had been designated, was 1200 francs for each month of internment or deportation. Since Salomon Zilber was interned for about ten months, it may be asked why he at first refused this money, considering it to be “negligible, almost insignificant” (Source 8: Allowance allocation), as stated in a letter from the French ambassador to Israel addressed to the French Ministry of Foreign Affairs that is found in the political deportee archives (number 119922347, Source 8: Allowance allocation).  There are many documents in these archives concerning his indemnity request between 1956 and 1958. S. Zilber also stated that in Tel Aviv in 1954 he married a person whose name is unknown. We were unable to find any further information on his family life or his activities in Israel.

Problems encountered in our research

Our research has run into difficulties in the agreement of our sources about Salomon Zilber’s possible death at Auschwitz. One source, supplied by Yad Vashem, indicated that he died during the Shoah. It states: “Salomon was murdered during the Shoah” (Source 10: Yad Vashem). So we assumed that Salomon Zilber had not survived deportation. But then the archives furnished by the Convoi 77 Association indicated that he lived in Tel Aviv after being deported to Auschwitz. Meanwhile, we had contacted his supposed niece, Arlette Zilberg, who maintained that he did not die while at Auschwitz: “Salomon Zilberg was fortunate enough to have survived the war.” This source raises problems, as the niece’s family name ends in a “g”. She writes it “Salomon Zilberg”, not Zilber. This source has therefore been considered unreliable. In the end we discovered that he had in fact survived, and we turned our research toward his life after coming back from Auschwitz.

Source 1: Indemnity Request, a letter sent by Salomon Zilber on January 24, 1956 from Tel Aviv to the Ministry for Veterans and War Victims.

Source 2: Allocation Request as a political deportee on a form of the Ministry for Veterans and War Victims, concerning Salomon Zilber, seeking the allocation of an allowance.

Source 3: Allowance Allocation Request for deportees or political prisoners, a form of the Ministry for Veterans and War Victims, concerning Salomon Zilber, seeking the allocation of an allowance.

Source 4: Minutes of the Court Clerk for the Justice of the Peace for the 9th district of Paris.

Source 5: Repatriation, a letter written in Tel Aviv on October 8, 1956 by Salomon Zilber to the Ministry for Veterans and War Victims, Bureau for Deportees and Their Various Statuses in the Office for Statuses and Medical Services.

Source 7: Deportee Card for Salomon Zilber, issued by the National Federation of deportees and patriot prisoners.

Source 8: Allowance Allocation, a letter from Salomon Zilber sent from Tel Aviv on September 10, 1957 to the Ministry for Veterans and War Victims.

Source 9: Journal Officiel, Article 2 of decree n°53-103 of February 14, 1953 dealing with the allocation of an allowance to deportees and political prisoners, published on the site Legifrance.gouv.fr.(https://www.legifrance.gouv.fr/jo_pdf.do?id=JORFTEXT000000507740&pageCourante=01544)

Source 10: Yad Vashem, a page on Yad Vashem’s site attesting that “Salomon was murdered during the Shoah”. (https://yvng.yadvashem.org/nameDetails.html?language=fr&itemId=3232723&ind=2) 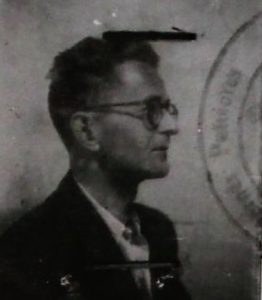 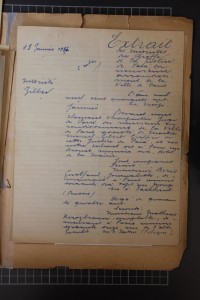 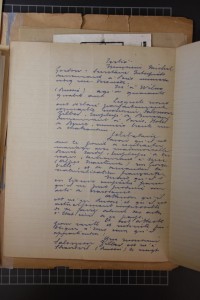 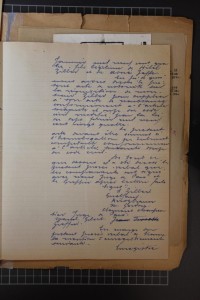 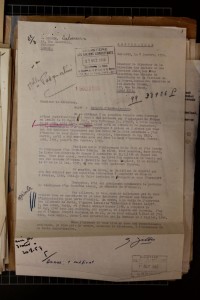 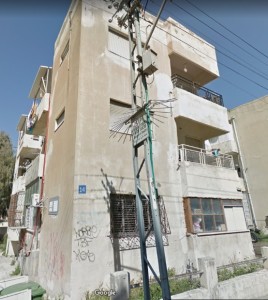 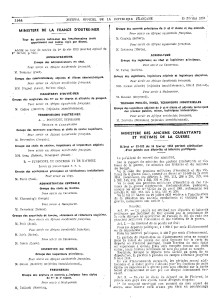 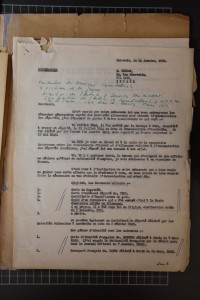 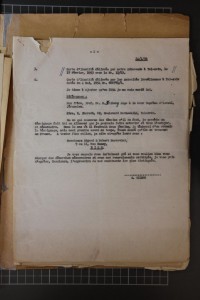