Carried out by the 10th-grade students of the Prins Henrik French high school in Copenhagen, Denmark, 2017 – 2018

The first steps with the Convoy 77 project

Convoi 77 is a project initiated by the association of that name and recognized by the European Union. It deals with the last convoy of Jews deported from Drancy to Auschwitz-Birkenau, on July 31, 1944. High school students in certain schools in France and elsewhere in Europe have been assigned to do research on one of the Jewish men, women, or children deported in this convoy during the Shoah, to unearth the details of their lives and put together their biographies.

Our 10th-grade class at the Prins Henrik French high school in Copenhagen searched out the life of Tauba Goldstein, also called Thérèse. We had very little information to go on when we started, just the place and date of her birth and deportation. We had no idea where this project was going to take us or even whether we would get anywhere at all. From the blog of Tauba’s niece, Michelle Goldstein, we retrieved a good deal of information on her family, which made it possible little by little for us to establish her family tree, a very important tool in directing and concentrating our research (cf. document A).

The work was divided up among the class so that certain students researched the Internet, while others contacted people and organizations who could supply additional information, such as the Drancy Memorial, the Archives of the Shoah Memorial, and the Association of the Sons and Daughters of Jewish Deportees from France, whose chairman, Serge Klarsfeld, gave us precious help.

Tauba Goldstein and her family

We were granted access to the pre-World-War-II registers of the Public Records Office of Copenhagen, Denmark (cf. document B). This register provided information on the whole Goldstein family during its stay in Denmark. According to the public records Samuel Goldstein, born in Russia on November 3, 1878 arrived in Denmark from Poland in 1910 (Poland being at that time under Russian sovereignty). The register also states that he was of Jewish faith and registered as a tailor. The rest of his family, including his wife and their eight children, likewise were born in Russia and immigrated to Denmark from Poland. Tauba Goldstein is not mentioned, as she was not yet born.

Tauba Goldstein (cf. document C) was born of Jewish parents, Samuel Goldstein and Jochebed Lebovitsch, on April 17, 1920 in Copenhagen. Her parents moved several times during their youth. In the years right after their marriage in 1907 they had three children in Lodz, Poland: Isaac, Wolf and Gita. Then Samuel Goldstein had to immigrate to Denmark, perhaps to escape being drafted into the Czar’s army in Russia between 1910 and 1914. During this part of their lives, their children, Tobias, Kopel, Elieser, Hanna-Léa, Herman and Tauba, were born. They were in Berlin in 1922 when Feiga was born. Finally, they settled in Paris in 1923 and produced four more children, Anna, Louise, Georges and Joseph.

Thérèse never married and thus had no children. We have no information about her childhood, her studies, or the reasons for the move to Paris. According to the association Sons and Daughters of the Jewish Deportees from France, the address she gave when she entered the camp was n° 10 rue des Deux-Ponts in the 4th district of Paris. (cf. document D) This was the address of the Fernand Halphen Jewish Foundation, which was set up in 1926 and built some fifty low-rent flats for large families.

According to Michelle Goldstein’s site Thérèse attended the Poulletier school in the 4th district of Paris (18 rue Poulletier). The school, which is still functioning, had been built in 1903-1904, but was burned down during the First World War and rebuilt in 1923 as an infirmary. It once again became a school in 1928, and Tauba Goldstein, as well as her cousin, was a pupil there, the Goldstein’s flat being located 200 meters away. Unfortunately, the school has lost the archives from that period, and this information cannot be confirmed absolutely. (cf. document D)

In the following document (cf. document E), Thérèse declared herself a seamstress, but on the list of prisoners entering Drancy she is found among the personnel of the Lamarck Children’s Center (cf. document E), run by the General Union of the Israelites of France (UGIF); She worked there as some sort of housekeeper, nurse, cook, or monitor (cf. document D). The UGIF was housed in 1944 in the Lucien de Hirsch Jewish School after the Lamarck Children’s Center was bombed (cf. Document D). The UGIF was created in 1941 by the Vichy government at the request of the Germans in order to represent the Jews of France. The organization is located in Paris’s 18th district. It was later to take over the administraton of several children’s centers, notably under the control of the Gestapo and the General Commissariat for Jewish Questions.

Arrest and transit at the Drancy camp

Tauba Goldstein was arrested on July 22, 1944 and transferred to the Drancy interment camp on the same day. Drancy was a transit camp located northeast of Paris in the Île-de-France region in the Occupied Zone. It was an unfinished real estate development, requisitioned at first by the Wehrmacht for war prisoners. Starting in 1941 the first big roundups of Jews took place, and the prisoners were sent to Drancy before being deported to Poland. The Drancy camp is a building originally constructed in the 1930’s as social housing, called the Cité de la Muette. It is a long, rectangular U-shaped structure. Inside the U there was a large courtyard.

From August, 1941 to August, 1944 the Drancy internment camp was the main center for the deportation of the Jews of France and was used for three years as the principal point of departure toward the Nazi death camps. Most of the convoys left for Auschwitz. Nine out of ten Jews deported from France transited through the Drancy camp. The prisoners there were subjected to very brutal treatment by their French guards.

There exists a great deal of testimony by Jews interned in the camp. Living conditions there were extremely difficult due to a lack of hygiene, medical care and food. During the three years of its existence the Drancy camp was successively run by Theodor Dannecker, Heinz Röthke and Aloïs Brunner, three SS officers. The camp was guarded by French policemen, who lived in the “skyscrapers” behind the horseshoe building where the prisoners were held. It was placed under the control of the Gestapo’s Jewish Affairs Bureau.

Deportation and murder at Auschwitz

According to the information provided by Michelle Goldstein, Thérèse’s Drancy ID number was 2545, and she was classified B+, which meant she was subject to deportation.  She was thus deported to the death camp at Auschwitz-Birkenau in Poland on July 31, 1944, one of the 1321 deportees in convoy 77, the last convoy from Drancy. Thérèse arrived at her destination on August 5, 1944 and was immediately put to death in the gas chambers. We learned in an e-mail from Michelle Goldstein that, in her opinion, Tauba should never have been gassed, insofar as the Nazis only gassed women who refused to be separated from the children with them. As Thérèse was single and had no children, she should have been spared. She was with her sister-in-law, the wife of her brother Wolf, and their two children, as well as three other nieces and nephews. Her brother Wolf was in the same convoy as Thérèse and, selected for work duty, was to come back from this hell.

On the track of Thérèse Goldstein

We began by writing to Michelle Goldstein, who is Thérèse Goldstein’s niece. We sent her an e-mail soliciting additional information on her aunt’s life. We received a very helpful reply from Madame Goldstein, who gave us telephone numbers to call, plus some photos and a good many documents from Thérèse’s life. Following up on Madame Goldstein’s e-mail, we called Monsieur Samuel Adoner, who unfortunately was unable to supply any information about Thérèse. After that we got in touch with Thérèse’s brother, Joseph Goldstein, who, though he had nothing new for us either, steered us toward the archives of the Drancy Memorial, which we contacted. In the end it was the Shoah Memorial, through the agency of Madame Sabrina Vahldiek, that sent us Thérèse’s arrest record (cf. document E). In addition, Monsieur Serge Klarsfeld kindly wrote back and sent us some documents (cf. document D and annex 9) when we contacted the Association of the Sons and Daughters of the Jewish Deportees from France (FFDJF).

Document A: The Goldstein family tree

Document B: Public records register of the Goldstein family’s civil status (established upon their arrival in Denmark)

Document D: Letter from Serge Klarsfeld in reply to the questions we addressed to the Association of the Sons and Daughters of the Jewish Deportees from France

Document F: List (UGIF) of those arrested, among whom figures the name of Thérèse Goldstein

Even though our research was not always fruitful, we are very grateful to the following people for their kind cooperation. Our thanks to: 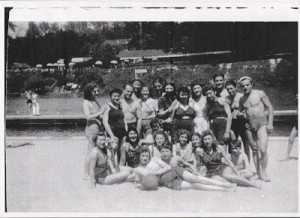 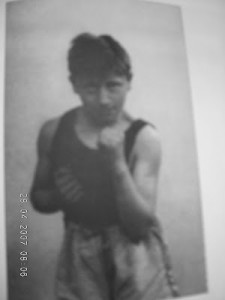 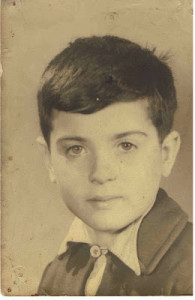 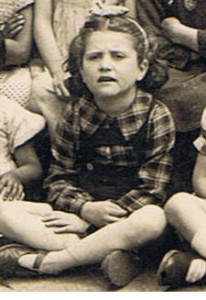 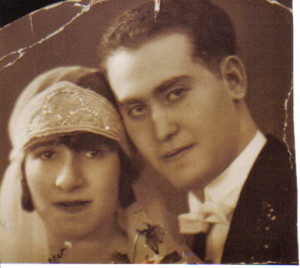 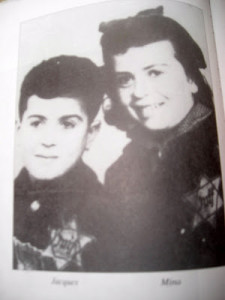 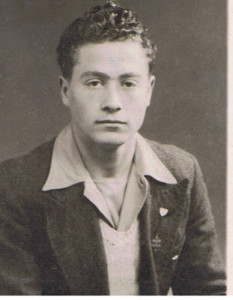 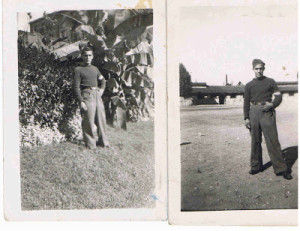 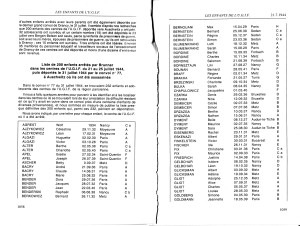 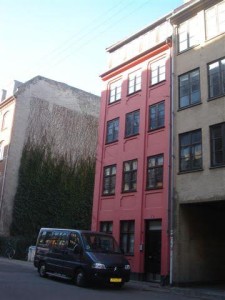 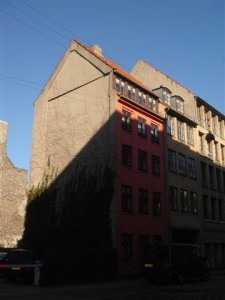 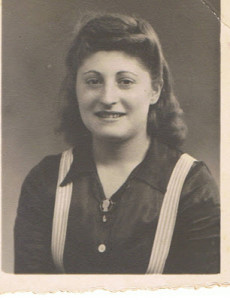 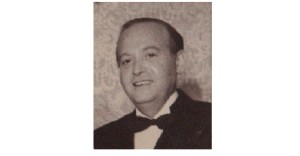 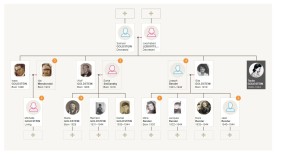 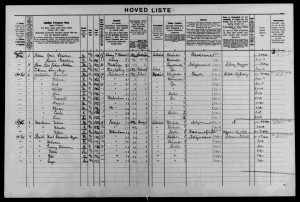 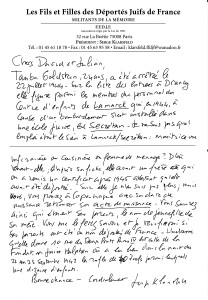