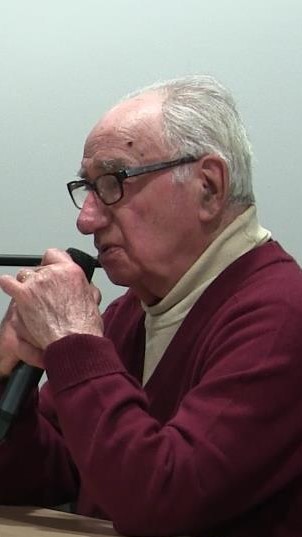 Daniel Urbejtel was 8 years old when war was declared in September, 1939.

He was born on February 19, 1931 in the 11th district of Paris. His parents were then living at n° 48 rue d’Alma in Asnières (northern Paris suburb). Wolf Urbejtel, his father, was a lathe machine operator, and his mother Ryvka was a housewife.

Daniel was 9 years old in September, 1940 at the time of the first German edict ordering a repertory of the Jews.

His parents were born in Poland, his father on March 5, 1905 in Warsaw, and his mother in 1901 in Olszanka, east of Warsaw. They were granted French citizenship in 1938 and failed to respond to the inventory in 1940. And they never wore the yellow star, either.

Perhaps they did not feel they were concerned.

On July 22, 1940 the Vichy government decreed a law on the revision of naturalizations that had occurred since 1927. Fifteen thousand people lost their French citizenship, including around 8000 Jews, who were declared to be stateless. Were they aware of this and did they hope to escape unnoticed?

But that morning a black front-wheel-drive car stopped in front of the house, and three policemen took his parents away. Daniel would never see them again.

That afternoon “a similar car came back, but my parents weren’t in it”. The children were arrested and “placed”– Daniel in an orphanage (the Institution Bouteilly in Monthléry), his little 4-year-old sister with a foster family in Houdan, and his 14-year-old brother Henri in a children’s home managed by the UGIF (General Union of the Israelites of France), at first on the avenue Secrétan.

Daniel learned on that day that he was Jewish.

The children had not been arrested for deportation, because Jewish children born in France were French by birth and thus not targeted, at that time, by the Vichy laws.

Daniel lived in the boarding house for 18 months, doing his sixth and seventh-grade schoolwork. He saw his brother during holidays, and, despite such unpleasant hassles as being forced to wear the yellow star outside the premises of the establishment, they went to see their little sister.

He joined his brother for the summer vacation at the UGIF’s Lamarck Center in Paris’s 11th district. They were both rounded up between the 23rd and the 24th of July.

Actually, Aloïs Brunner, who was then the commandant of the Drancy camp, had more than 230 children and adolescents arrested in the Parisian suburbs, because there were not enough people at Drancy to fill out his convoy on account of the trains running badly from the southern zone. “In the Paris area Brunner didn’t come up with much except the children who were quietly at his disposal. In Paris and the surrounding area”. (Georges Wellers De Drancy à Auschwitz, Éditions du Centre, p. 120)

Daniel has no recollection of the camp itself. “I don’t remember anything about the ten days I spent in that camp […] It’s as if the monstrosity of the following months had wiped out the memory of that period,” he wrote.

Daniel and his brother were deported on July 31st, less than a month before the liberation of the capital. Daniel well recalls the buses that took them to the Bobigny train station and the cattle cars that were waiting for them. He was slightly reassured by the brand-new wardrobe he had oddly enough been given before the departure, and also probably by the French policemen who helped the youngest to get on.

Daniel traveled with a hundred or so other children and babies, many younger than he, in the tightly bolted freight car. Inside there was a little straw, but they were so crammed in that it was impossible for them to lie down, or even to sit, all at the same time; the air supply was largely impeded by a plank intended to prevent any escape.

That summer of 1944 was very hot; the bucket of water provided quickly proved insufficient, as did the receptacle for satisfying nature’s needs. The heat, the stench, constant stops, the tears and cries of both older and younger children lasted four days and three nights.

On August 3, 1944 the door suddenly flew open; the relief occasioned by the open door probably lasted only a few seconds. On the platform benumbed people fell down, but they got up fast enough, bitten by the dogs, dazed by the loudspeakers and the SS yelling orders.

An SS officer organized two columns. His brother Henri was directed to the men’s column on the right. In front of David the SS hesitated, then decided he would go to the right. Daniel would rather have gone left with the women, children and older people because of his age; he was only 13.

The 726 people in the left column, 271 of whom were children, were gassed the same day… They had been 1300 at departure.

Daniel was one of the 574 deportees collected for roll call. The nudity, the overall shave that left the skin raw, the disinfection with cresyl, the tattoo B 3946 on his left arm quickly did away with any feeling of being human. The jailbird clothes, too small or too big, the wooden soles with leather straps, the food dish to be attached to a belt loop completed the dehumanization.

From the very first day, Daniel was put to work unloading coal wagons with his bare hands. A few days later he was assigned to the Peterson Kommando (work gang), named after its Kapo (collaborator/supervisor), to dig an enormous trench outside the camp. The Kapo was  “a sadistic brute, but his assistant Hantz struck me as a better sort”.

Work began at dawn after roll call, when those present … and those who were dead in the barracks… were counted.

The work was backbreaking; those who stopped were beaten, sometimes to death. Lunch was some kind of soup, “more or less consistent and nourishing”. Despite the extremely cold Polish winter, their clothes stayed the same, and they had to dig, without gloves, using “the same miserable tools”. No Saturday, no Sunday, only Christmas Day, 1944 was a day off.

Daniel was still only 13. The work day closed at nightfall. The evening roll call was particularly galling because of the fatigue, and then on certain days, when there had been an escape attempt, they had to watch the hanging and the long agony of the wretched prisoner due to his light weight.

On January 21, 1945 under the pressure of the advancing Russian troops the camp was evacuated by the Germans.

Daniel and his brother left the Auschwitz camp with those who were still fit for work, with a blanket on their back and a loaf of bread. “Nine days of wandering, of tramping on and on, extenuated, occasionally a stretch in open wagons, from time to time strafed by allied planes that had spotted the German uniforms of our escort”. Sixty thousand deportees took to the road for what are known as “the death marches”.

On January 30, 1945 they arrived at the central camp of Mauthausen, and from there they went first to an annex camp of concrete structures, then to a second camp of wooden barracks, and finally to a third camp of tents, probably Gunskirchen, 80 kilometers [50 miles] from Mauthausen. It was a canvas camp where the deportees who should never have made it there alive were herded together, the Jews from the eastern camps, totally abandoned.

On the 4th or 5th of May, 1945 it was announced that it would no longer be possible to ensure rations (soup and bread); the next day the guards fled, and though the deportees were no longer guarded, they still waited another day before leaving the camp so as to avoid being shot accidentally by stray bullets.

Daniel and Henri, terribly weakened, lying on the ground among the excrement and the corpses, managed to get out. The weather was fine. They did not get far before collapsing in some cabin or attic. That is where the Americans found them.

Daniel weighed only 29 kilos [64 pounds], the weight of his bones; he crumbled, worn out by hunger, dysentery, typhus and scurvy.

His brother finally got a person with a Red Cross armband to take care of him, and he was put on a stretcher.

He lost consciousness, going into a month-long coma from which he came out amnesiac. Repatriated in short stages, he arrived in the Jura. He was with a doctor holding a letter on paper transparent enough for the writing to show through; he recognized it as his brother’s. He broke down in tears and his memory came back.

Back in Paris at the beginning of October, 1945, he was reunited with his brother and little sister. Henri had come back earlier and found their sister, thanks to her foster family, who came to the Hôtel Lutétia to check the list of those who made it back, which was posted there and updated. It was a sporadic reunion, as Henri was being treated for pleurisy in a Swiss sanatorium.

Daniel was put in a convalescent home in a château west of Paris, and the Lazare family who owned the château took care of the three of them. Daniel resumed his studies in 1946, got married at the age of 22, taking his sister in to live with them, and eventually was the father of seven. In 2017 he has 13 grandchildren.

Every year he goes to testify in the schools, and it was at the Émilie de Breteuil polyvalent high school in Montigny-le-Bretonneux that the junior (lower sixth form) vocational microtechnology class made his acquaintance.

[The French version of] this text was reread and approved by Daniel Urbejtel himself on November 16, 2017. 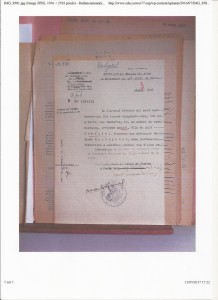 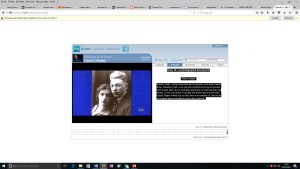 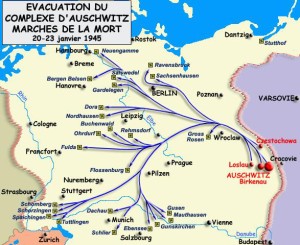 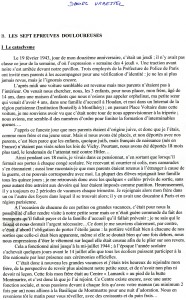 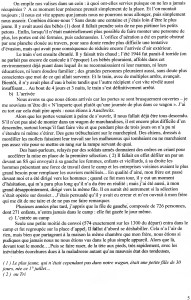 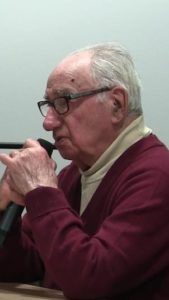 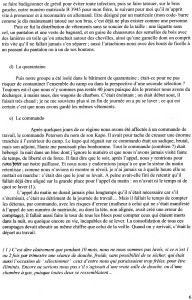 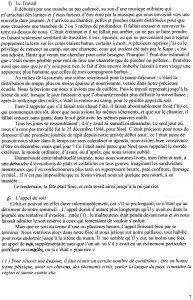 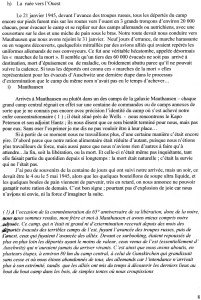 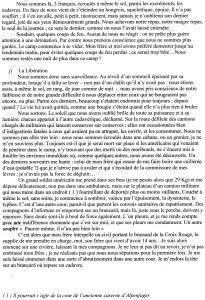