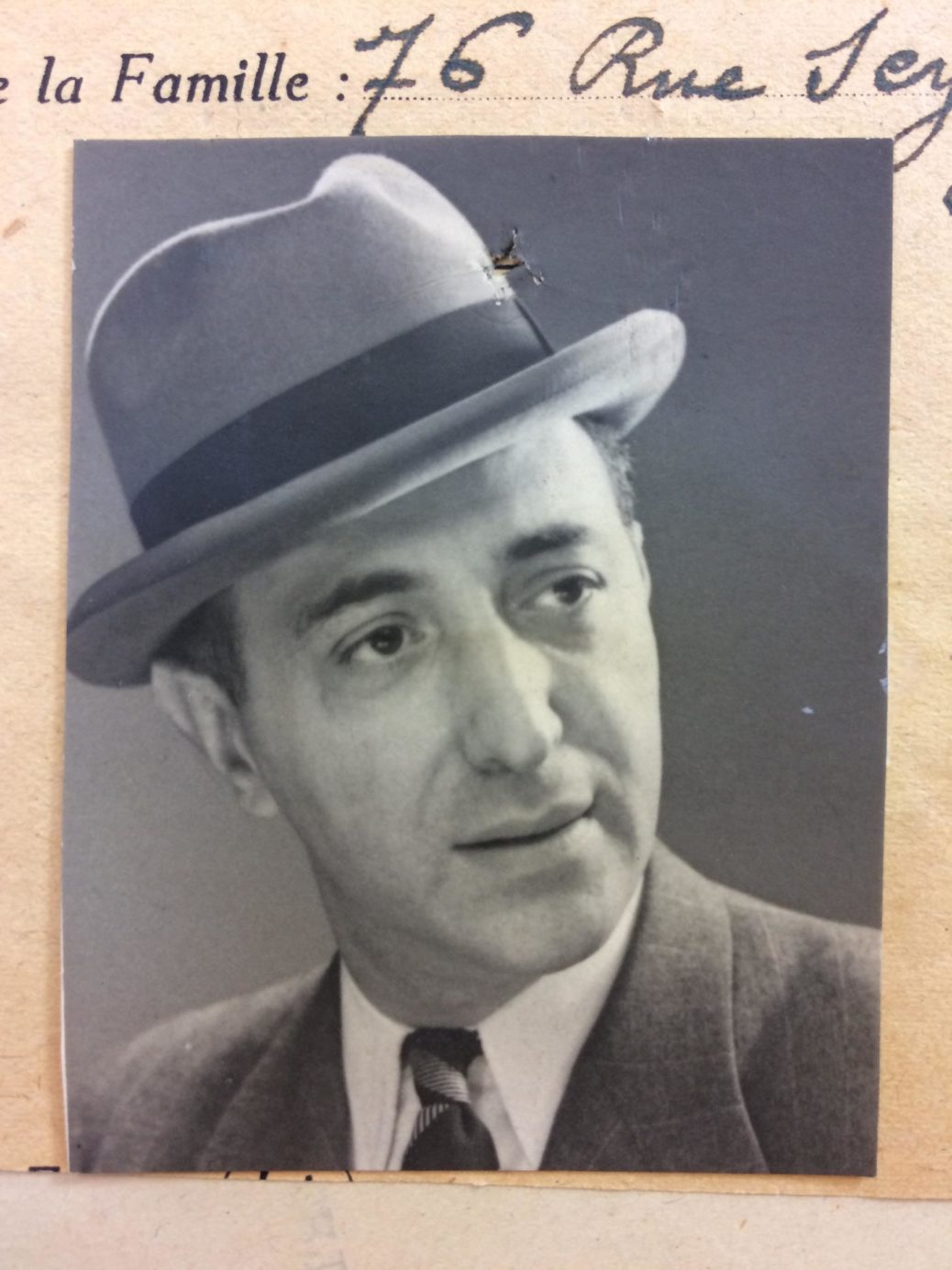 This biography was researched, documented and written by the students of Ms. Nina Makarova, a history teacher at School 9 in Druzhkivka, in the Donetsk region of eastern Ukraine, where Russian is the local language. We would like to thank Ms. Raïssa Smirnov for her translation of the original text. Finally, for ease of reading in French and English, some passages have been revised slightly by the editor and translator.

Upon entering the camp, the people, gathered at gunpoint, were not “going before the firing squad”, but heading into eternity.

At the inauguration of the Wall of Names at the Shoah Memorial on January 23, 2005, Simone Veil, who was herself deported to Auschwitz, said “These stones that seem silent, heavy with our inconsolable grief, resound like the crash of cattle trains filled with deportees; they whisper into our memories the voices of our loved ones, who departed too soon.”

Mr. Massine’s name is included on the Wall of Names. The inscription shows only his date of birth.

Ouasil (Uziel) Massine was born in Ekaterinoslav, a city later renamed Dnepropetrovsk (USSR), on May 24, 1905. This city is now called Dnipro or Dnieper and is in present day Ukraine.  Massine was born on May 24, 1905, which was the year in which the first Russian revolution took place. His name appears on the list of Jewish residents who were able to vote in the election to the 4th Duma (the local representative assembly) in 1912. This list can be viewed in the Ekaterinoslav archives [1].

To have the right to vote at that time, the requirements were:

This suggests that the Massine family was relatively well-off.

In 1914, the family moved to France. But why? It could have been due to the pogroms that were taking place around that time, or to the outbreak of the First World War. It is also possible that the family wanted to reunite with relatives who had previously emigrated to France.

Massine, who was the son of Abram Massine and Chaï Lembrikova, was 9 years old at the time.

In the biography of the famous painter Marc Chagall, there are a few lines about the ballet dancer Leonid Fyodorovich Massine, a name similar to that of Uziel Massine. Chagall lived in Paris in the 1930s and 1940s.  He was arrested by the Nazis during the occupation and only the American Consul’s intervention saved him from being deported to a camp and allowed him to flee persecution by emigrating to the United States. Chagall designed the costumes for ballets directed by Leonid Fyodorovich Massine.

Uziel Massine was a watchmaker by profession. In 1940, he applied for a passport, which he needed because he was planning to get married. His application was rejected because he was born in Russia. Instead, the French authorities provided him with a “Certificate for administrative use”.

It should be noted that on his medical record, issued in Langenstein on or about May 4, 1945, when he was liberated (at which time he weighed only 66 pounds and had to be hospitalized) he stated that he had enlisted as a volunteer in the French army.

It is not known when he joined the army, but he was taken to the Fleurines camp on January 12, 1942. Resistance activities had taken place in this area during the German invasion in 1940.

It seems that Massine was then transferred to Clefs, in the Maine et Loire department of France, on June 9, 1942, as noted in the Department of Veterans Affairs and War Victims record dated February 23, 1958. At Clefs, there was a work camp for Jewish internees, called Beauregard, not far from Mélinais Castle, and in the nearby forest there was a logging site where the prisoners worked. The prisoners’ living conditions there were very harsh and they were subjected to humiliation and insults.

According to the records, André Rever and Andres Albert confirmed that Massine was arrested by the Gestapo on July 18, 1944, for alleged sabotage at a place called Raciel and also because he was a Jew. Massine could therefore have been one of the six Jews who escaped from the Clefs camp in December 1943, possibly with the help of the local population. Perhaps he was a member of the Resistance?

The Nazis behaved very harshly towards the Auschwitz internees because the Anglo-American landings had already begun in France and they knew the end was near. In January 1945, as Soviet troops were approaching the camp, Massine was one of those who set off on the Death March on January 26. This is what one of the surviving prisoners said: “They marched from one village to another, from one town to another. Every day they had to walk 15 miles in the rain and snow. Some had no shoes. Many wore wood-soled sandals. They had to walk through deep snow and this required incredible effort, which resulted in exhaustion. Their strength was dwindling all the time. People felt that death was approaching. They were not allowed to stop or to fall out of line. If someone left the ranks, they were shot in the back. Anyone who sat down was dragged aside and left to die of cold. The object of the exercise was for as many people as possible to die along the way.”

By 1947, Massine was living in Paris. He was among the first deported Jews to be naturalized, on May 13, 1948. He subsequently approached the French authorities to ask for compensation as a victim of war and of political persecution and in 1955 he received 12,000 French francs in compensation.

He was married to Marguerite Augoustine Lucienne Vatine. His death was reported on June 11, 1979 at 9 am by Christian Daniel Paul, aged 27, a colleague who lived at 114 Avenue Marx Dormoy in Montrouge, in the Hauts de Seine department.

Uziel Massine, also known as Jean, was 74 years old when he died.

> 2. Timeline of deportations of French Yews to death camps:
> https://en.wikipedia.org/wiki/Timeline_of_deportations_of_French_Jews_to_death_camps 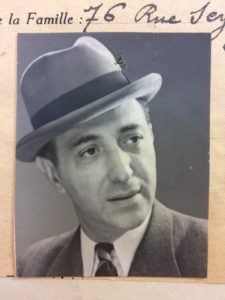 Nina Makarova, history teacher, and her students at school 9 in Drouzhkivka, in the Donetsk region of Ukraine