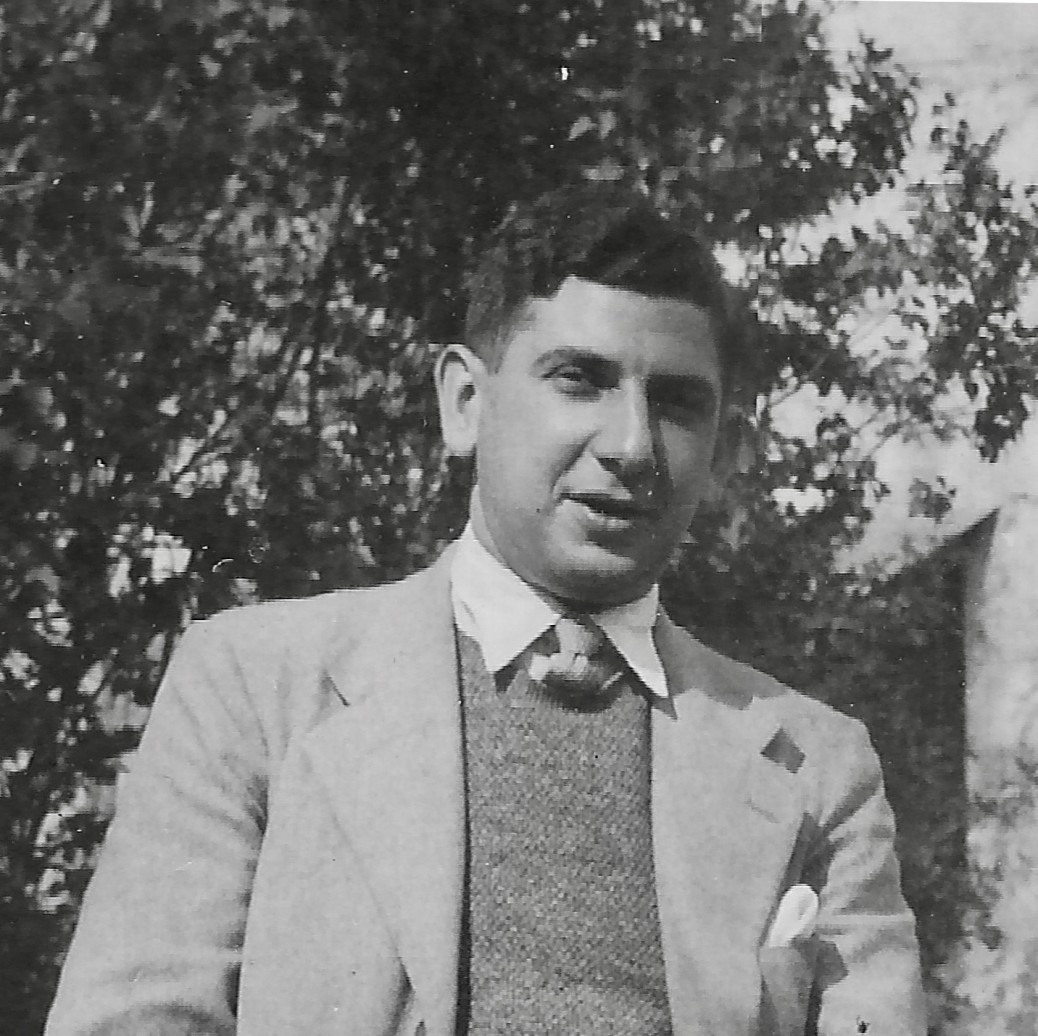 Claude WOOG
Claude Jules Samuel WOOG was born on January 10, 1907 in the eighteenth district of Paris. He was the only son of David René WOOG and Pauline Gabrielle née Meyer, of Jewish origin. On his father’s side his great-grandfather, Samuel MARX, a native of Durkheim in Bavaria, was Chief Rabbi of the Consistory of Bayonne from 1872 to 1887. On his mother’s side his grandfather was a merchant who came from Ihringen (Bade-Württemberg in Germany).
After high school Claude studied law and got his degree with a thesis he defended on Thursday November 27, 1930 with the subject of “Italy’s Emigration Policy”. Chairman: Professor M. OUALID, assisted by Professors J. de la MORANDIERE and R. PICARD.
He worked in the claims department of the insurance company l’Urbaine de la Seine. Together with Barton Damarzid, a lawyer of the bar in Périgueux, he published a work entitled “Compensation for Work Accidents”, following the promulgation of the law on work accidents of July 1, 1938.
A lieutenant in the Artillery Reserves, Claude WOOG joined the Resistance on December 15, 1941 and remained with it until his arrest on July 14, 1944 along with Lieutenant-Colonel Alfred Félix GERMAIN in the network “Quand Même” of the A.S. Résistance Nord. This network was based at Eaubonne. Claude Woog used the resistance code name “Sainte-Barbe”. He was given the title of 2nd- echelon officer with special duties, accredited by the National Validation Commission with the rank of lieutenant for the duration of his duties. He was also accredited as an F.F.C. (Force Française Combattante) and an F.F.I. (Force Française Intérieure) activist in the Resistance. Claude took an active part in drafting the clandestine newspaper “Quand Même” and subsequently another paper, “Le Français”. He also participated in many of the actions of this resistance network.
He was arrested inadvertently in Paris on July 14, 1944. It is noteworthy that, as he was involved in the Resistance, he had never been identified as being Jewish. It would seem, however, that he was deported for reasons of race.
He was transferred to Drancy on July 17, 1944, where he was given the I.D. number 25215 and was deported in convoy 77 to Auschwitz on July 31, 1944
According to the Bad Arolsen international research service, Claude WOOG died either at Auschwitz or on one of the death marches. Other information suggests he might have been evacuated on January 18, 1945 as the Russians were approaching. Still other witnesses aver that he left for Russia after crossing through the area south of Berlin, Gomel, and the banks of the Volga. This version asserts that he was found with three other Frenchmen in a remote farm some 40 kilometers (30 miles) south of Gomel.
Requests made in person at the Auschwitz-Birkenau research service only confirmed that Claude WOOG did in fact arrive at Auschwitz in convoy 77. The deportee I.D. number attributed to him upon his arrival is unknown. Many archives were burned during the evacuation of the camp. Unfortunately, Claude never came back.
He was awarded the medal of the Resistance by a decree on September 6, 1945, published in the Journal Officiel of September 12, 1945.
By an executive order dated February 4, 1993, published in the Journal Officiel the mention “Died in Deportation” on August 5, 1944, and not on July 31, 1944 at Auschwitz was noted on his death certificate