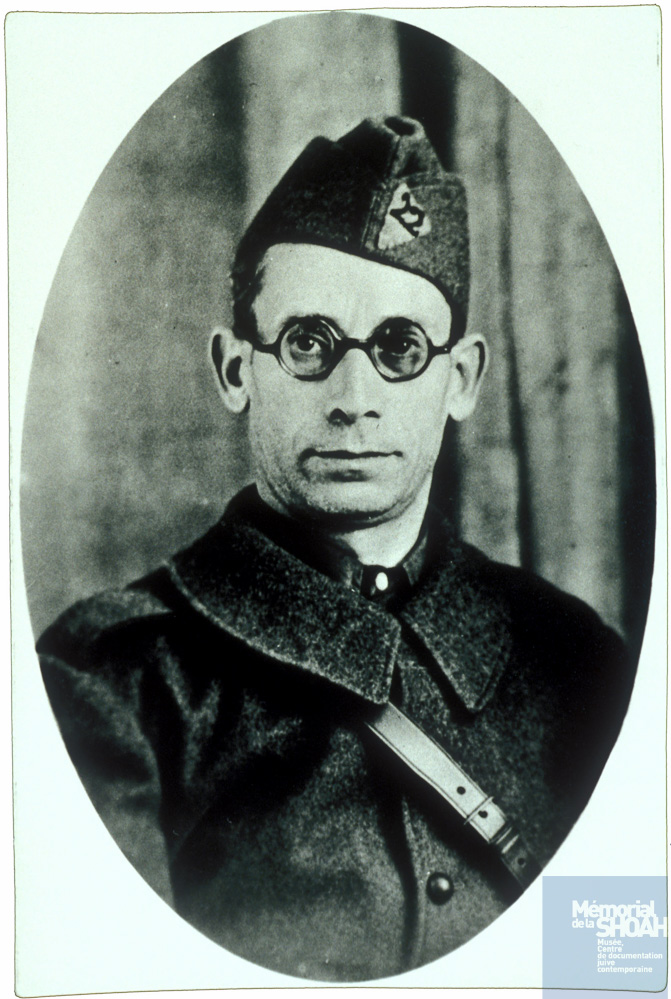 No news of Abram at the Lutetia hotel, until a survivor of the convoy, the name of whom was not recorded, rang the bell of the house, to tell his wife what he saw during the transport, and which was later reported in books written by other survivors.

The last echo his daughter Renée has had of him was written by Jérôme Scorin (cf. his biography under the name Jérôme SKORKA) in his book, “Itinéraire d’un enfant juif de 1939 à 1945”  –The Itinerary of a Jewish Child from 1939 to 1945 – page 128:)
…During a train stop Jérôme was designated to go draw some water…”I turned around to go back to my car and was stupefied by what I saw: More than 60 men, entirely naked, chained to each other, were being taken under close guard to the last car of the convoy. They were almost all natives of North Africa who had been caught in an attempt to escape; they had been the cause of the previous night’s inspections; we never saw them again”.
Of the six children of the Zejgman family from Radom, Israël and his sister Chana Laya survived and immigrated to New York.

Abram’s wife and his four children, among whom his daughter Renée, author of this biography, survived.