Thanks to the work of Jean-Pierre Stroweis, the Memorial to the Deportation of Jews from France is now online

Home Thanks to the work of Jean-Pierre Stroweis, the Memorial to the Deportation of Jews from France is now online 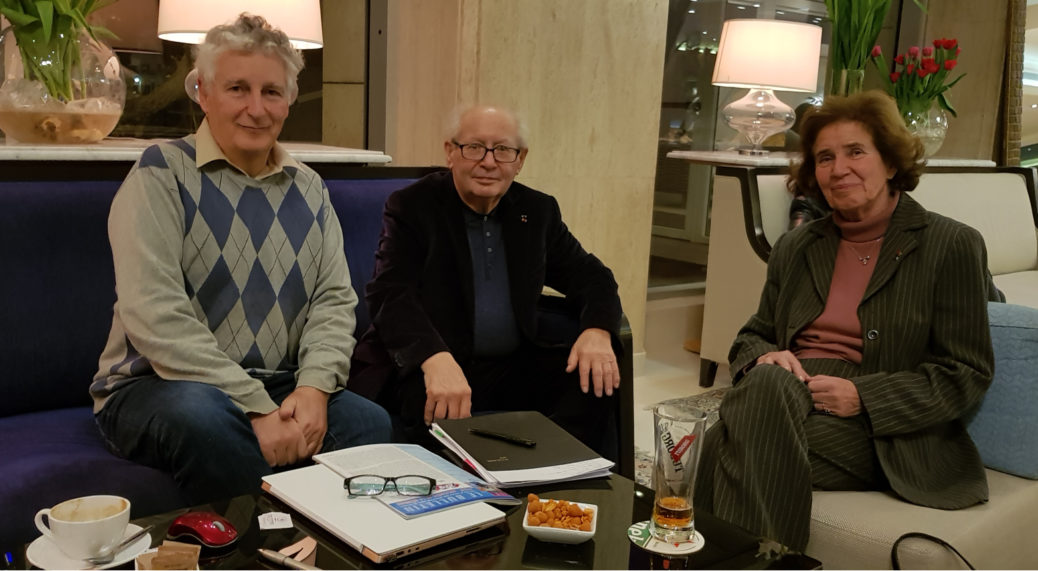 The “Memorial to the Deportation of Jews from France”, a colossal publication by the Klarsfeld couple, is now available online. The contents of this exceptionally large book, measuring 25 x 13 inches (60 x 34 cm), and weighing 15 pounds (7kg), which lists the names of the Jews deported, killed in internment camps or executed in France, have been collated on the website https://stevemorse.org/france.

As of October 29, some 79,244 victims had been identified. The site is structured in the form of a search engine with multiple criteria (surname, first name, age, address, convoy number, etc.), which makes it possible to trace the deportees.

The database was compiled by Jean-Pierre Stroweis, a retired engineer, computer scientist and genealogist, whose uncle was deported and murdered during the Second World War.

“I was born into a void,” says the 67-year-old man, who has lived in Jerusalem for forty years. “When I was little, it was too painful for my mother to look for information about her brother. She didn’t have any answers to the questions I asked, so I had to put the puzzle together myself.”

In 1978, thanks to the works of the Klarsfelds, he finally found some answers to those questions: his uncle’s fate, the date of his deportation and the circumstances of his arrest. “Serge Klarsfeld’s work is extraordinary,” says Jean-Pierre Stroweis, “and I realized that what was included on the online databases of the Shoah Memorial in Paris and Yad Vashem in Jerusalem was less detailed than Serge Klarsfeld’s version. Then I said to myself, ‘With my genealogical and computer skills, I could help.”

Driven by a burning desire to help those who want answers to be able to find them, Jean-Pierre Stroweis came up with the idea of posting all the information that the Klarsfeld’s had gathered in the field on the Web. He then approached the couple, who agreed to the project.

“Three years of hard work” were required before the site was launched. Years of meticulously compiling the deportees’ records. “I work on it every day,” adds Jean-Pierre Stroweis.” I retired this summer, so I have more time than before. Let’s just say that I now work more than 35 hours a week,” he laughs. Because Jean-Pierre Stroweis doesn’t just copy: he double-checks everything, and completes the information.

“I cross-referenced several sources: not only online information from the French Official Gazette, the Holocaust Memorial in Paris and the Klarsfelds, but also data from private individuals and other memorial sites, and some differences emerged,” he explains. In particular, Jean-Pierre Stroweis found some inaccuracies in place names, as well as in the names of the deportees, discrepancies due to work having often been carried out “in haste”, in his opinion, by the administrative staff responsible for gathering the data.

“The borders have changed over the years, and some place names have changed. This leads to a dead end for people who do not know the geographical locations of the Jewish communities.” he explains. “In addition, some small places in Alsace have the same name as German towns. The same applies to Minsk, the capital of Belarus, which is also the name of a city in Poland. Accuracy is essential.”

The spelling of the deportees’ surnames is also a source of concern. For example, how to spell the name “Schwartz”, a common surname with over a hundred different spellings? Jean-Pierre Stroweis has the answer: “Genealogists have developed some new phonetic tools and I have been able to integrate these into the search engine”. Thus, a search is automatically expanded to include phonetic variations and alternative spellings of a name.

The site now attracts a few thousand visitors per month. This is proof that his efforts are paying off. “I wanted this data to be meaningful and to take into account all of the different sources,” says the genealogist. “My goal is to prevent Holocaust deniers from being able to say ‘It never happened.’”