Julien Tschopp: “The students stayed in school to work until 9:30 p.m. one Friday night.”

Home Julien Tschopp: “The students stayed in school to work until 9:30 p.m. one Friday night.” 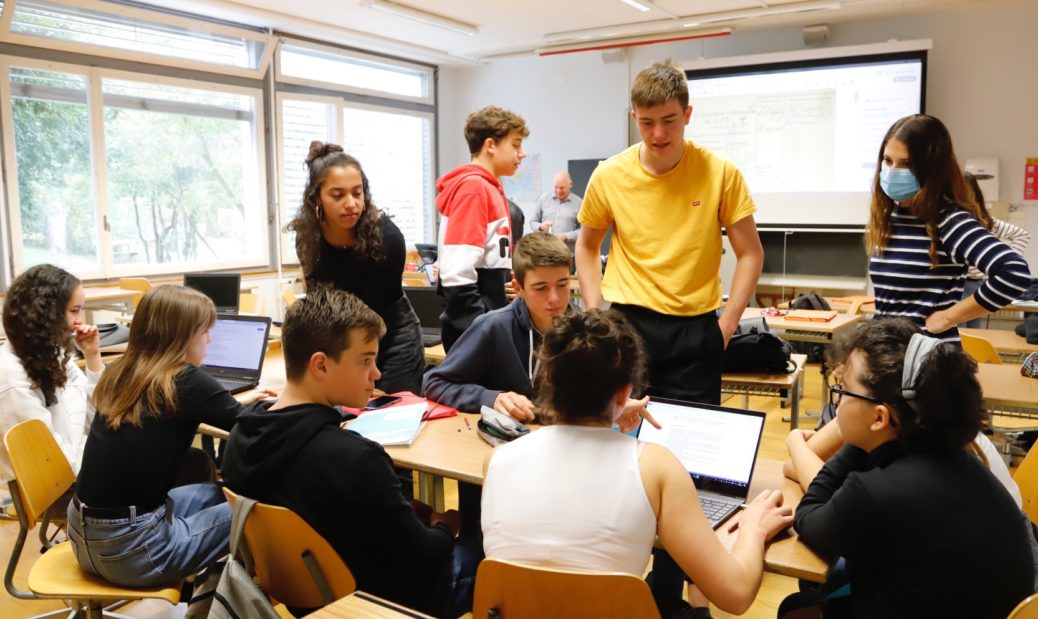 Julien Tschopp and his students from Delémont junior high school in Switzerland worked on the biography of Jeanne Haas, who was arrested in Lyon at the age of 65. Their work was among eleven European projects selected by the French Ministry of Education.

I have been a history and geography teacher for over twenty years. I have also been a mediator. I am currently the coordinator of history in my region, which means that I coordinate the history program in the whole canton. For me, history is a real passion.

The inspiration for my participation in the Convoy 77 project came from Claire Podetti [editor’s note – a history and geography teacher and member of the Convoy 77 association]. She contacted me to tell me about it. After having decided to take part, I chose a class of students, more or less by instinct.

I presented the project to a class of fifteen 9th grade students and it clicked. The class was very enthusiastic I knew right away that they were the right students for this project.

It took some time. I started working on int intensively in August. We had to submit the biography before the deadline at the end of October if we wanted to participate in the competition for the best projects.

We worked on the usual history lessons for two hours a week and spent the rest of the time on the project. I searched the archives on my own, and started making a lot of contacts. In class, we gave each other short assignments, for example: making phone calls, both during and outside class, and doing research.

We also met to work after school. The students worked on their afternoons off and even stayed at school until 9:30 one Friday night. That night, we all ate pizza together. There was a recreational aspect to it too.

I was aware that the students were making a great effort. They all joined in, with no exceptions. They all played the game.

As for the writing, we divided the different parts of the biography and each person wrote his or her part, working in groups. The largest aspect of the work was to put it all together and to make all the sections coherent. That was more my job and that of my colleague, Marilyn Fazio, a French teacher.

All in all, we worked very, very hard for three months.

The impact exceeded my expectations. Thanks to this project, the subject of the Holocaust was taught in a different way, with more emotion and commitment. The fact that we were tracing the life of an ordinary, local woman created a mirror effect: it could have been one of us.

I felt very strongly that this project acted as a catalyst for the students. Given their reactions and their questions, there is no doubt that it made them think about things.

I would like to add that this work has extended well beyond the Convoy 77 project, since a street in our town was renamed after Jeanne Haas following our work on her biography.

The inauguration ceremony was wonderful and was attended by Jeanne Haas’ granddaughter, who we made contact with just a week before the inauguration. She commented: “This inauguration is the funeral that my grandmother never had”

There was also an exhibition at the Jura Museum of Art and History in Delémont. The students also put up billboards about Jeanne Haas’ life in various places in the town. They did this on a voluntary basis, between August and October, outside of school hours, and when by that time they were all studying different things elsewhere. It’s incredible, just awesome.

Your work was chosen as one of the most noteworthy projects. How do you and/or the students feel about that?

We feel very proud, obviously. It’s huge, because in such a short period of time we succeeded in arousing the interest of the people who judged our project. We feel very satisfied to have been rewarded for all the work that we did.

We are keen to go even further. We would like to write an illustrated book. We would also like to take a trip and follow in Jeanne Haas’ footsteps.

I personally have been completely utterly transformed by this project. You don’t come out something like this unscathed.

I would tell them to go for it, without hesitation. You need to realize that you don’t have to put as much time and energy into the project as we did have to in order for it to be worthwhile. Even if you approach it in a more subdued and less intensive manner, it’s still worthwhile. The result is definitely worth the effort. I encourage all my colleagues to take on this kind of project.